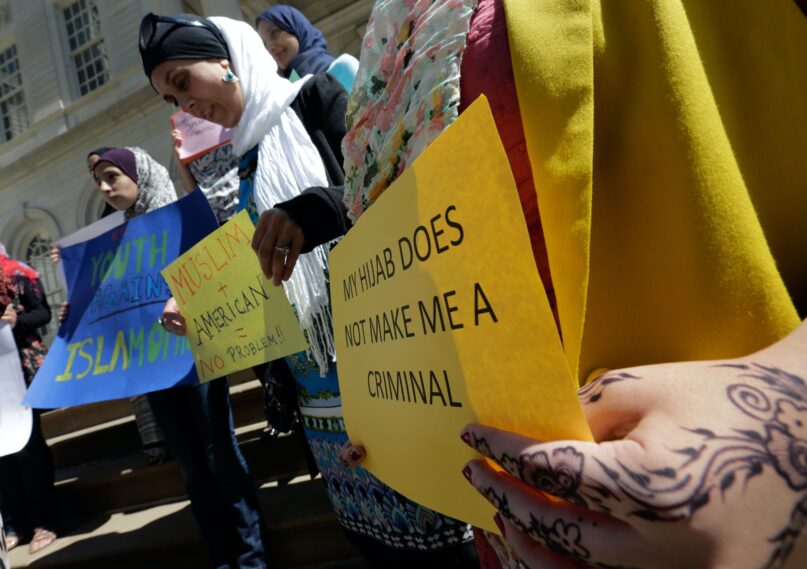 (The Conversation) – The warm welcome Americans and Europeans extended to Ukrainians in 2022 stands in stark contrast to the uneven — and often hostile — policies toward Syrian refugees in the mid-2010s.

Political scientist David Laitin has highlighted the role that religious identities play in this dynamic. As he pointed out in a recent interview, Syrian refugees were “predominantly Muslim and faced higher degrees of discrimination than Ukrainians, who are largely of Christian background.”

The media provide information that shapes these attitudes towards Muslims. A 2007 Pew Research Center survey of Americans found that people’s negative views of Muslims were primarily influenced by what they heard and read in the media. Communications researcher Muniba Saleem and colleagues have demonstrated the link between media reports and “stereotypical beliefs, negative emotions, and support for harmful policies” toward American Muslims.

To better capture the evolution of media representations of Muslims and Islam, our 2022 book, “Covering Muslims: American Newspapers in Comparative Perspective,” has tracked the tone of hundreds of thousands of articles over the decades.

We found massively negative coverage, not only in the US but also in the UK, Canada and Australia.

Previous research has identified widespread negative media portrayals of Muslims. An overview of studies conducted from 2000 to 2015 by communications scholars Saifuddin Ahmed and Jörg Matthes concluded that Muslims were portrayed negatively in the media and that Islam was often portrayed as a violent religion.

But the studies they reviewed leave open two pressing questions that we address through our research.

First, do articles about Muslims and Islam include more negative portrayals than the average newspaper article? Second, are media portrayals of Muslims more negative than stories about other minority religions?

If stories about minority religious groups have only made headlines when they have been involved in conflict in some way, they may be negative for reasons that are not specific to Muslims. .

To answer these questions, we used media databases such as LexisNexis, Nexis Uni, ProQuest and Factiva to download 256,963 articles mentioning Muslims or Islam – for which we use the shorthand “Muslim articles” – from 17 national, regional and tabloid newspapers in the United States. States over the 21-year period from January 1, 1996 to December 31, 2016.

We have developed a reliable method to measure the positivity or negativity of articles by comparing them to the tone of a random sample of 48,283 articles on topics drawn from a wide range of newspapers. A negative value on this scale means a story is negative compared to the average newspaper article.

Basically, this approach also provided a basis for further comparisons. We collected sets of US newspaper articles relating not only to Muslims, but also separately to Catholics, Jews and Hindus, three minority religious groups of varying size and status in the United States. We then collected Muslim-related stories from a wide range of newspapers in the UK, Canada and Australia.

To give a concrete idea of ​​the negative character of typical Muslim articles, consider the following sentence which has the tone of an average Muslim article: “The Russian was led to believe by undercover agents that the radioactive materials were to be delivered to an organization Muslim. This one contains two very negative words (‘infiltrated’ and ‘radioactive’) and implies that the ‘Muslim organization’ has nefarious aims.

Articles mentioning Muslims were also much more likely to be negative than articles about any other group we looked at. For Catholics, Jews and Hindus, the ratio of positive and negative articles was close to 50-50. In contrast, 80% of all Muslim-related articles were negative.

Beyond comparing coverage between groups, we also looked at coverage between countries. Perhaps the United States is unique in its overwhelmingly negative coverage of Muslims. To find out, we collected 528,444 articles mentioning Muslims or Islam from the same period in a range of newspapers in the UK, Canada and Australia. We found that the ratio of negative articles to positive articles in these countries was almost exactly the same as in the United States.

Several researchers have shown that negative stories generate less favorable attitudes towards Muslims. Other studies that have looked at the impact of negative news on Muslims have also found increased support for policies that harm Muslims, such as covert surveillance of American Muslims or the use of drone strikes in countries. Muslims.

Additionally, surveys of young American Muslims have found that negative media coverage leads to lower identification as an American and less trust in the US government.

We believe acknowledging and addressing systemic negativity in media coverage of Muslims and Islam is essential to combat widespread stigma. This, in turn, can create opportunities for more humane policies that are fair to all, regardless of religion.

(Erik Bleich is Charles A. Dana Professor of Political Science at Middlebury College. A. Maurits van der Veen is Associate Professor of Government at William & Mary University. The views expressed in this commentary do not necessarily reflect those of Religion News Service .)