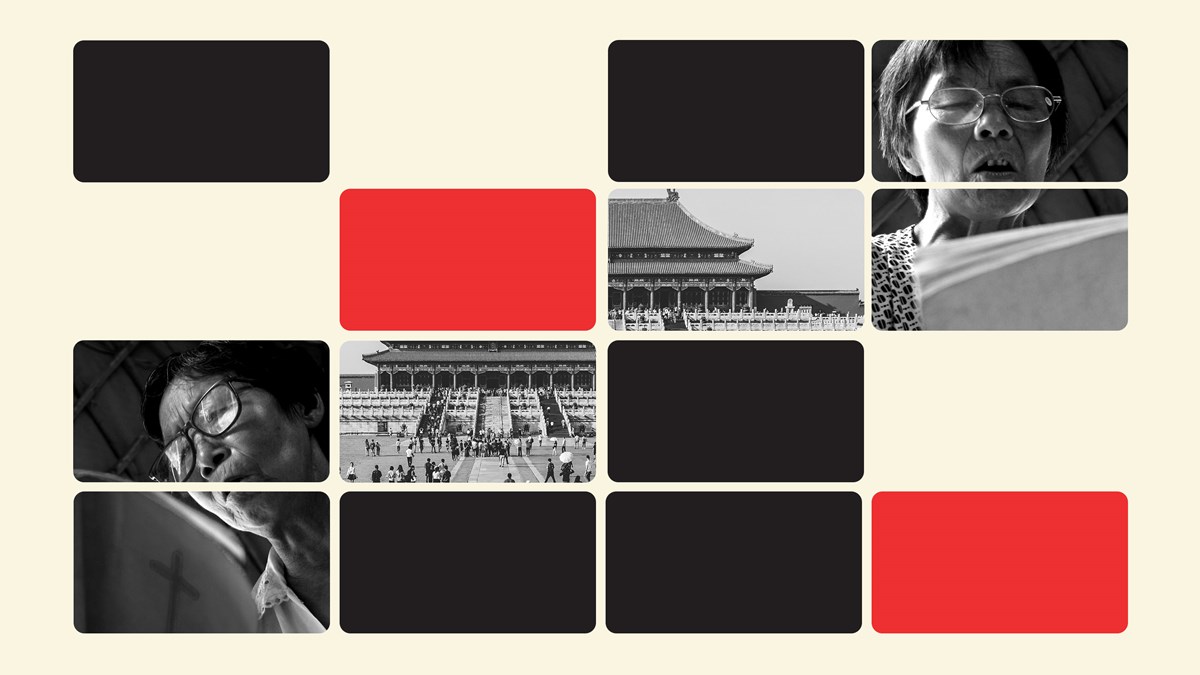 On March 1, the Chinese government enacted sweeping restrictions on religious communication, teaching, and evangelistic efforts conducted online. Now, only religious groups with government approval can carry out such activities.

Various media around the world have shared this news, which is not surprising. When we think or talk about Christianity in China, its social impact and its implications for issues such as China’s human rights and international relations – rather than its pastoral and theological developments and challenges – have received disproportionate attention. in the Western press over the past few decades.

There are many methods and approaches that we can apply to observe and interpret Christianity in China. But that leads to a larger question: how do we read Christianity in general? Religion is a complex social phenomenon, and different disciplines can draw different, even opposing conclusions. Other problems arise when researchers in one discipline begin to cross the boundaries of other fields of study and claim the universal applicability of their findings.

Relations between Church and State in the West

A good example of this is how theologians and sociologists differently approach and evaluate the establishment of classical Christianity in the West.

Traditionally, theologians have viewed the Church’s transition from a persecuted minority to the state religion as a great triumph. However, in recent decades they increasingly view it as a tragedy and a betrayal of the vision of the early church.

On the other hand, the growing interest of some sociologists in early Christianity has led to an assessment of the Church’s transition from minority to establishment status. They present the historical transfiguration of Christianity as a classic case of how a religion can grow and grow in size and power to the point that the social and cultural mainstream must take it into account and even include it.

A striking example of this is the book by American sociologist Rodney Stark
The Rise of Christianity: How the Obscure and Marginal Jesus Movement Became the Dominant Religious Force in the Western World in a Few Centuries. Here, Stark attributed the growth of Christianity in the Greco-Roman world to the strong conversion networks of the early church and the high fertility rates of believers.

Theologians doubt, even discredit, the notion of “Christian society or nation”. Their focus shifted from the number and size of the Christian population to their discipleship, and from the quantity to the quality of the Christian community. In contrast, sociologists continue to discuss the notion of “Christian society or nation”, and numbers and influence are still central to study and the main reason for evaluation.

We don’t have to decide who is right or wrong. My opinion is that both approaches are fair as long as they stay within their respective domains.

From a theological point of view, the center of the teaching of Jesus and the vision of the early Church is a radical form of discipleship in tension, even in confrontation with the world. But this teaching and this vision are fundamentally lost in the paradigm of Christianity which makes the Church a master in the world and stifles its prophetic voice. So what we have is a spiritually weak, socially collaborative church.

As Christianity crumbles in the West, the Church once again finds itself marginalized, even exiled, from society and culture. A growing number of church leaders are calling on the church to reclaim the lost vision of the early church and return to a mode of witnessing as a faithful minority in a not-so-friendly world.

From a sociological point of view, the transfiguration of the Church from a marginal group to a dominant group has produced an immense cultural and social impact. Problems arise when sociologists begin to move beyond empirical and scientific studies of Christianity and draw theological conclusions using a sociological approach.

Some sociologists tend to present their studies of early Christianity in a way that argues for the establishment of Christianity or Christian dominance in society, especially in countries like China. Encouraging the church to grow numerically and strengthen its social and cultural influence is allegedly the only way to secure the future of Christianity around the world. As an article in The telegraph declared in 2014: China is on track to become “the most Christian nation in the world” by 2030.

However, this approach to church growth does not fit well with our global social reality. As the once Christianized West rapidly enters the “post-Christian era”, it is highly doubtful that Christianity will be a dominant, enduring, cultural and social force in the 21st century, even in the majority world where churches have been on the rise.

Moreover, just because something is sociologically true does not necessarily mean that it is biblically or theologically true. A culturally powerful and numerically large Christian majority in a society may not be good news for the spiritual health and witness of the Church.

Church history and empirical evidence testify to this. “Christians engaged the culture without undue compromise and remained separate from the culture without undue isolation,” wrote theologian Gerald L. Sittser, in an essay exploring how the early church flourished as a minority movement. “Christians have figured out how to be both faithful and attractive. They followed what was then known as the “Third Way,” a phrase that first appeared in a 2nd-century letter to a Roman official named Diognetus. »

Again, a sociological and historical reality does not mean that it is theologically desirable and laudable. History has told us that a society dominated by a Christian majority is bound to be a nominal Christian society that only cares about Gospel values ​​or twists them to its own advantage.

Of course, problems arise when theologians also step outside their own domain.

Some theologians may denounce Christianity so harshly that they completely ignore the historical inevitability of Christianity in the West and the constructive social and cultural consequences that Christianity can bring to a society. But a biblical view can and should endorse the latter.

Having said that, I do not believe that the “crime” of these theologians is too serious. After all, when they speak out against Christianity and all the harm it has done to the Church, they are largely addressing their own circle, the Church. But when some sociologists praise Christian dominance in society, they seem to be predicting where the church is going and suggesting what the church should do in the future. Theologically this could be very confusing and misleading.

The key is for Christians to draw an appropriate line between sociological reality and theological merit and truthfulness. If we fail to distinguish them, the consequences could be immediate and serious.

This is particularly evident in contemporary interpretations of Christianity in China.

In my opinion, a predominantly sociological reading that is not sufficiently balanced by theological considerations has serious implications. This contributes to the tendency of the Western press – secular as well as Christian – to overemphasize the numerical growth and cultural, social and even political impact of Chinese Christianity. This is done to the detriment of the theological and pastoral tendencies of the Church.

As a result, issues such as religious freedom and church-state relations dominate discourse on the church in China. These issues erroneously define the essential agenda of the Chinese church. Even more worryingly, a “Christianized society” is becoming the goal towards which the church in China must strive.

To correct this unfortunate situation, one thing we can do as interpreters of Christianity in China is to become fully aware of the strengths and limitations of each discipline and perspective. A sense of humility is also needed in our reading of such a complex phenomenon as Christianity in contemporary China.

A previous version of this article appeared on China Source.

The multiverse is a religion by any other name