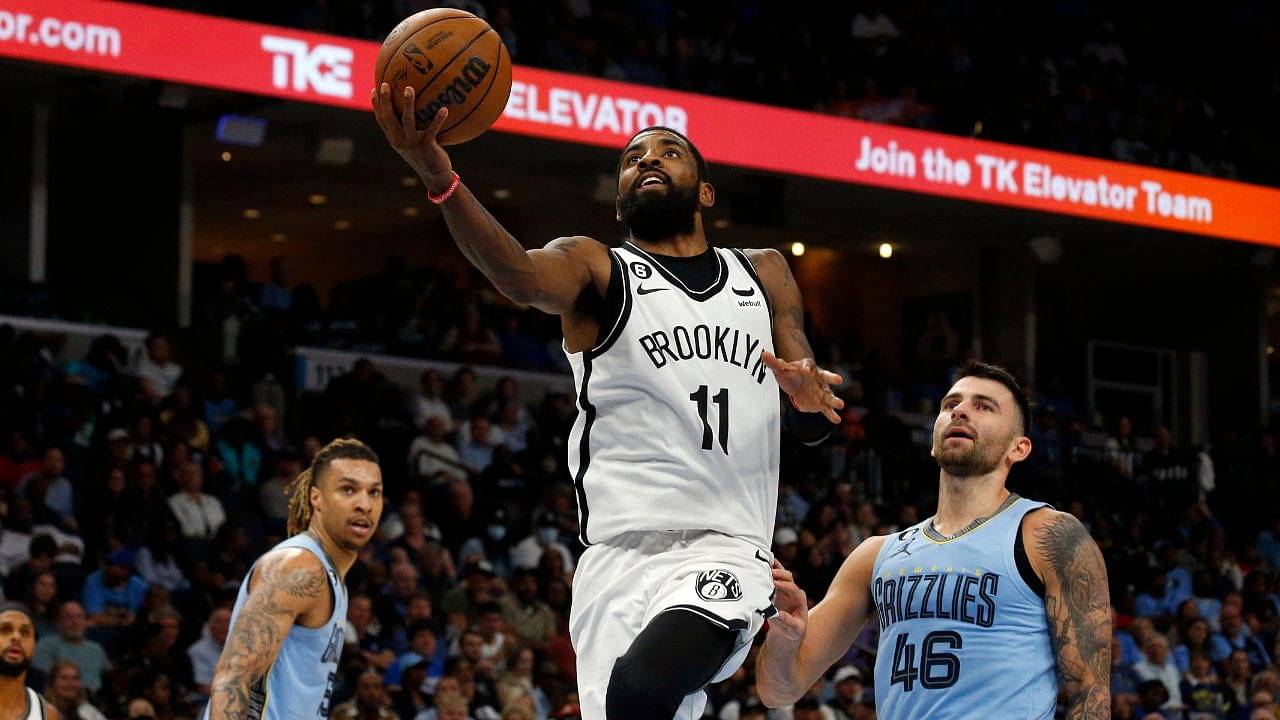 Kyrie Irving is in the news for all the wrong reasons right now as the Brooklyn Nets condemn their star for promoting an anti-Semitic film.

The Brooklyn Nets have faced tremendous drama this offseason. Initially, a strong run late last season propelled Brooklyn into the playoffs where many thought they could be tough for any team, regardless of seeding.

However, that was not the case at all. Despite a few tightly contested games, the Nets were swept by the Boston Celtics in the first round of the playoffs.

The summer that followed was perhaps the worst summer an NBA general manager had to endure. Both Kyrie Irving and Kevin Durant have expressed their desire to leave the team. For several weeks, the Nets were on the verge of complete collapse.

They had given up all of their draft picks to acquire Kevin Durant and Kyrie Irving. Not to mention the James Harden trade that ended up blowing up in their faces. Essentially, the Nets would set back many years if KD and Irving left after opening what appeared to be a multi-year title window.

In the end, Durant and Irving both stayed. However, Ben Simmons hasn’t been in the grip the Nets would have hoped and the team is on a 1-5 start.

What is Kyrie Irving’s religion?

Kyrie Irving has been very vocal in sharing his thoughts on religion and what he believes in. During a press conference, Irving showed that he was part of the Muslim community.

Kyrie spoke about fasting Ramadan after the Nets win over the Celtics.

“Just really blessed and grateful to be a part of this.” pic.twitter.com/CKKppFmx6f

“All praise is due to God, Allah, for this,” he said. “For me, in terms of faith and what I believe in, being part of the Muslim community, being committed to Islam and also being committed to all races and cultures, religions, just having understanding and respect. I just want to put that as a base.

Ramadan, the holy month of Islam, is a massive tradition that Muslims take part in every year. During this time, followers fast from morning to evening. Irving also fasted regularly during this time, even during NBA games.

The superstar kneels before games, and he posted several Tweets celebrating Allah.

“It’s a blessing to be able to do it and still be able to perform. It’s not easy by any stretch of the imagination. You can’t really take a moment for granted during the day. pic.twitter.com/TAHVkac4Gt

Kyrie Irving in the first half:

Irving is criticized for promoting an anti-Semitic film

Last Thursday, Irving posted a Tweet linked to a movie’s Amazon page. The film is called “Hebrews to Negroes: Wake up Black America”.

A Rolling Stone magazine pointed out that the film pushes several anti-Semitic tropes. The film was released in 2018 and is based on a book released in 2015.

The Nets released a statement already expressing their disgust at Kyrie’s decision. Owner Jos Tsai was not happy at all.

“I’m disappointed that Kyrie seems to support a movie based on a book full of anti-Semitic misinformation,” he put in a Tweet. “I want to sit down and make sure he understands that it hurts us all and that as a man of faith it is wrong to promote hatred based on race, ethnicity or religion.”

Kyrie also commented on the situation.

I’m an OMNIST and didn’t mean to disrespect anyone’s religious beliefs. The label “anti-Semitic” imposed on me is not justified and does not reflect the reality or the truth in which I live on a daily basis. I embrace and want to learn from all walks of life and all religions.