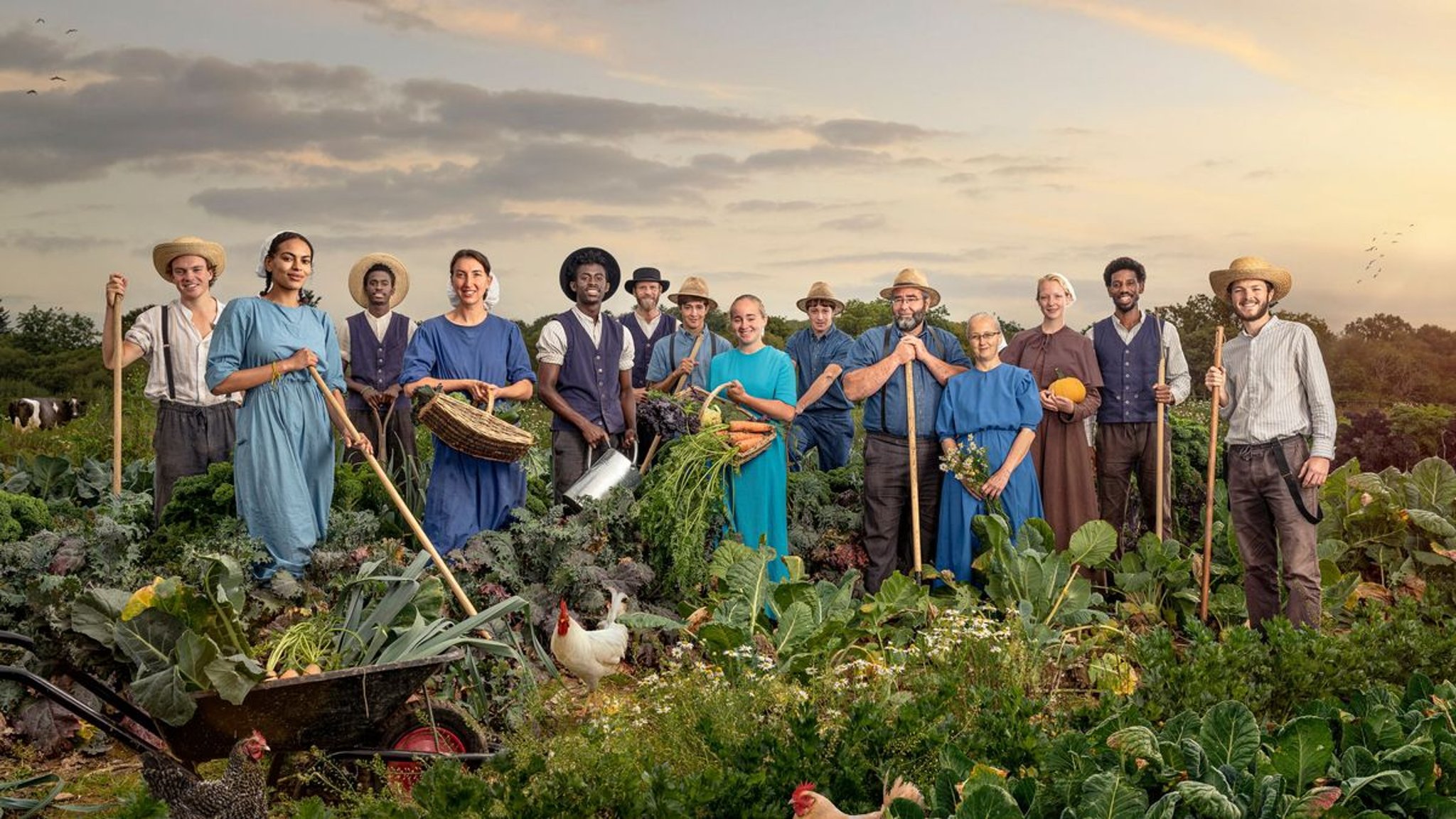 What are Amish? Meaning, Amish way of life, religion and when is The Simpler Life on Channel 4

Some contestants left the show after finding the Amish way of life difficult to adjust to.

There’s something a little ironic about setting up a film crew in the middle of a remote Devonshire farmhouse with the aim of questioning whether modern technology is harming us.

But that’s exactly what Channel 4’s new reality show The Simpler Life has done, allowing viewers to watch contestants struggle to get by without the most basic modern technology on their plasma screens and laptops.

Register to our newsletter What to watch

The newsletter mute the noise

The show sees 24 Britons learn to live like the Amish, with guidance from the Amish family, the Millers – Lloyd, Edna and their six children and seven grandchildren.

But what does it mean to be Amish, is it a religion and what exactly does the way of life entail?

The Amish are a group of traditionalist Christians known for their self-sufficient rural lifestyle and simple living.

The Amish religion is a branch of Anabaptist Christians, developed in Switzerland in the 17th century.

In the 18th century, many Amish emigrated to Pennsylvania, in part to escape religious persecution, and later migrations settled in Ohio and other Midwestern states.

Today, there are just over 340,000 Amish living in the United States.

What does it mean to be Amish?

Most Amish generally do not use electricity, telephones or cars and adhere to strict dress codes.

The main reason for their refusal of electricity is that it offers a connection to the outside world which can lead to temptation which can separate members of their community.

Amish families build their own homes and furniture, and many run businesses selling their wares.

The Amish also believe in non-resistance and are exempt from military service for this reason.

Additionally, Amish families provide education for their children – usually in one- or two-room private schools – through eighth grade (the equivalent of ninth grade in the UK).

Do the Amish vote?

Only about 10% of Amish adults participate in elections, but they have become more politically active in recent years.

Several Amish rallies for Donald Trump were held in 2020, and Holmes County, Ohio, which has the largest Amish population in America, voted overwhelmingly for Trump that year.

Who are the Miller Amish family?

The Millers operate a dairy farm in the state of Ohio, home to the largest Amish community in the world.

Since the Amish favor an independent life and do not fly, it is likely that the Millers traveled to Devon by boat.

The Millers said they got involved with the program because they wanted to show the rest of the world the benefits of their lifestyle.

Lloyd Miller said: “I feel bad for the younger generation, who are so isolated and tech-savvy – there’s no such thing as a physical handshake or eye contact.”

We Are the Millers would have been a very different movie had it played this family – on the one hand, the road trip south of the border would have been slowed down by their reliance on a horse and a cart.

When can I watch The Simpler Life on Channel 4?

The first episode of The Simpler Life airs on Channel 4 at 9.15pm on March 22. The episode will follow contestants through their first two weeks of Amish life.

The episodes will air weekly at the same time on Channel 4 and will be available for viewing on the All 4 streaming service shortly after they first air.

A message from the editor:

Thanks for the reading. NationalWorld is a new national news brand, produced by a team of journalists, editors, video producers and designers who live and work across the UK. Learn more about who is who in the team, and our editorial values. We want to create a community among our readers, so follow us on Facebook, Twitter and instagram, and continue the conversation. You can also subscribe to our newsletters and get a selection of our best reads delivered to your inbox every day.

Scientists Probe What Makes You Boring, and the Results Are Stark

Professor studies link between church attendance and crime – The Paisano