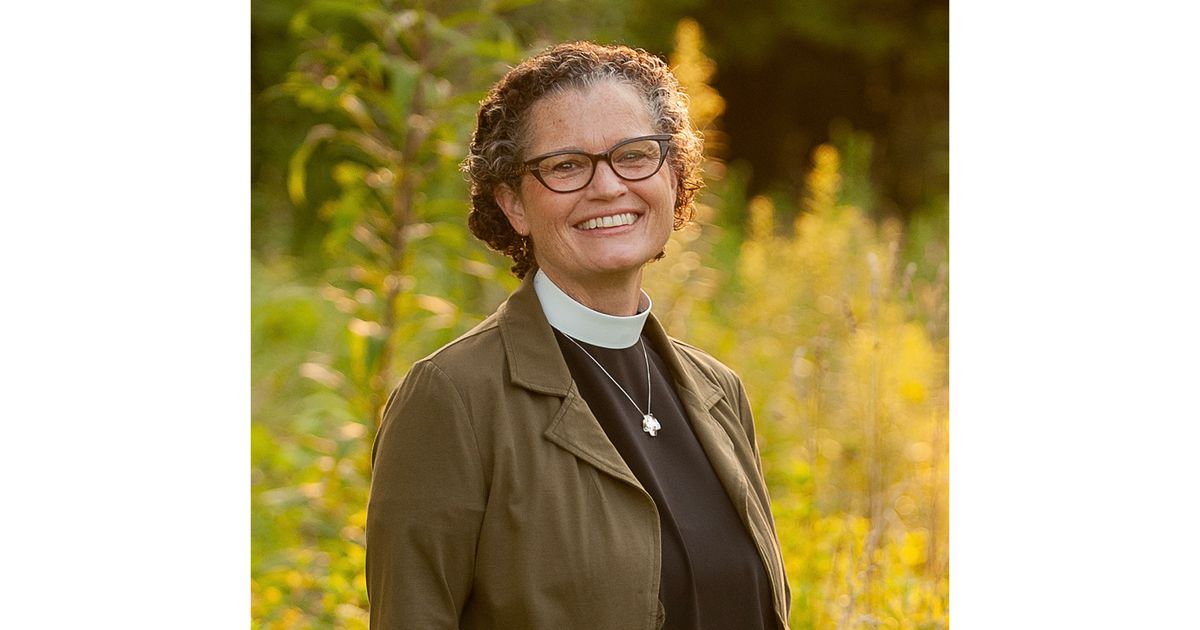 Reverend Phyllis Spiegel, who is set to replace Bishop Scott Hayashi, is eager to “meet and converse” with Latter-day Saint authorities.

(Photo courtesy) Reverend Phyllis Spiegel is set to become the 12th Episcopal Bishop of Utah and the second woman to lead the diocese.

After more than a decade under Bishop Scott Hayashi, Episcopalians in Utah have chosen a new top leader – the Reverend Phyllis Spiegel – as the 12th bishop and second woman to lead the oldest denomination. State Protestant.

Spiegel, born in southwest Virginia but having recently served in Ohio, was elected Saturday on the first ballot by a vote of clergy and lay representatives at St. Mark’s Cathedral in downtown Salt Lake City.

She is a vegetarian, single mother and nature lover, drawn to the beautiful landscape and religious diversity of Beehive State, according to her official biography.

“My childhood consisted of church, Girl Scouting, camping and hiking the Appalachian Trail,” Spiegel wrote in his introduction to the Diocese of Utah.

Building on his undergraduate work in business management, French and international studies at Emory & Henry College in Virginia, the future priest taught business and commerce at a secondary school in Kenya for nine months and then worked briefly for the Girl Scouts before opening a second location of her mother’s nature store, For the Birds.

Afterward, she wrote, “I have answered the call to the priesthood.

She enrolled in Virginia Theological Seminary in the fall of 2001 and since graduating has served in several churches in that state and Ohio.

“The Diocese of Utah is doing the work I am called to do and trained to do throughout my 17 years of ordained ministry, plus the previous 11 years as a professional naturalist,” wrote Spiegel in his statement to the church. “A bishop must articulate and lead the vision, but the diocese must have heart. God molds the same call in our hearts. … Embracing the incredible diversity of the people of Utah is an essential part of the missionary work your diocese seeks, and it engages my baptismal imagination.

With more than 4,000 members, the Diocese of Utah “has long been part of the Ute reservation at Whiterocks along with St. Elizabeth’s, which Spiegel visited this month,” Episcopal spokesman Craig Wirth said, and with “The Church of the Holy Spirit, which has been in the Randlett area for nearly 140 years.

The diocese also includes a large immigrant and refugee congregation at All Saints in Salt Lake City, Wirth said, and several Spanish-speaking congregations in Ogden and West Jordan.

The historic church has achieved ‘inclusive diversity,’ the spokesperson said, ‘through its longstanding support of an inclusive policy of personal gender identity, orientation, age and other considerations cultural and social activities among its members and its clergy”.

Spiegel is certainly aware of The Church of Jesus Christ of Latter-day Saints “and its dominance” in Utah, he said, “and appreciates the bridge-building ministry of the current bishop.” .

She looks forward, says Wirth, “to meeting and conversing” with leaders and Latter-day Saints.

As for those of the diocese who elected her, they are delighted.

“We are delighted to welcome Reverend Phyllis Spiegel as bishop-elect,” said Reverend Holly Huff, Associate Priest at St. Mark’s Cathedral. “While I have great respect and gratitude for each of the nominees, I was ultimately drawn to Reverend Spiegel’s enthusiastic and dynamic presence and her clear desire to form disciples of Jesus. She’s a prayerful person, an engaging preacher (even on Zoom; no small feat!), and someone I’m delighted to work with and learn from.

The “trick is to call a bishop with strong communication and administrative skills who is able to speak and manage from a place of deep attentiveness to the Holy Spirit,” Huff added, “and that combination is what I was drawn to by Reverend Spiegel.”

Spiegel will remain bishop-elect until she is endorsed by other dioceses and a number of bishops in the House of Bishops, Wirth said. After that, she is scheduled to be dedicated Sept. 17 during a special service at the Capitol Theater in downtown Salt Lake City.

(Francisco Kjolseth | The Salt Lake Tribune) Episcopal Bishop Scott Hayashi, shown in 2018, will continue to lead the diocese until his successor is installed in the fall.

She will succeed Hayashi, who is retiring after serving in the role since November 2010, but will remain as head of the state church until Spiegel is consecrated in the fall.

Spiegel is the second woman to lead the diocese. The first, Bishop Carolyn Tanner Irish, died in June aged 81.

(Leah Hogsten | The Salt Lake Tribune) Episcopal Bishop Carolyn Tanner Irish, shown in 2004, died in June 2021. She was the first woman to lead the Episcopal Diocese of Utah.

Cacophony of Religion – The Statesman

Donald Trump says he’s done more for ‘Christianity, religion of all types’ than anyone else, ever