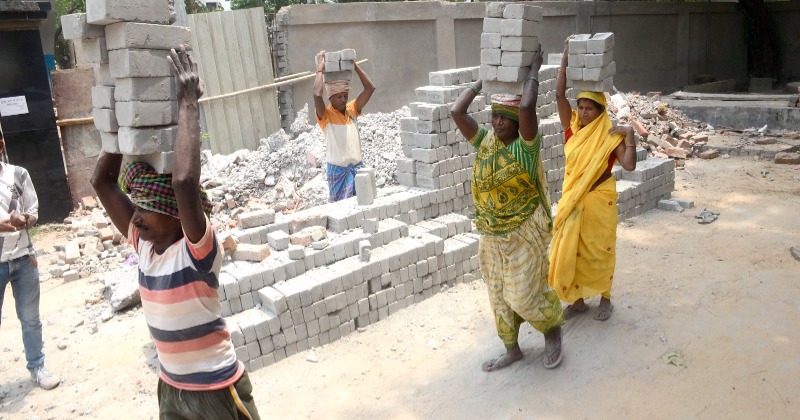 Towards an understanding of economic discrimination in India

Inequality is neither a necessary nor a sufficient condition for discrimination. Scandinavian countries have high income inequality with little discrimination. Conversely, a few countries in Eastern Europe have no gender pay gap, but there is noticeable gender discrimination that results in women receiving equal pay as men, so that the former are better endowed in terms of capabilities.

Discrimination in the labor market is generally defined as a situation in which individuals with identical abilities are treated differently. It is that part of inequality that exists due to unwarranted considerations according to the prevailing laws of the country, the generally acceptable value system of the country, or the acceptable norms of functioning in society. Non-discrimination in the labor market, factor market and institutions creating endowments or capabilities does not therefore mean equal representation of all socio-religious groups in every profession or equal incomes for all. This involves not having access to or not receiving remuneration or benefits commensurate with ability, due to societal prejudices or socio-religious identities of individuals.

Discrimination studies bifurcating the total gap between a privileged and vulnerable group into components due to differences in endowments and attributed to social identities, employing a mathematical model are common in Latin America, Europe and the United States. Unfortunately, these cannot be applied to India due to differences in socio-economic conditions and lack of disaggregated information.

Therefore, the task undertaken by the Oxfam India research team to present trends and patterns of discrimination, based on well-established secondary data from the Population Census, National Sample Survey and other government reports, is a challenge. By narrowing the scope and coverage, he decided to modify the model appropriately and define discrimination as that part of disparity or inequality that can be attributed to differences in sex, caste and religion that have considered unacceptable given the prevailing ethical, moral and legal system. in our country.

Oxfam India’s Discrimination in India Report 2022 examines two of the main factors of production – labor and capital – and examines discrimination in access to work opportunities and wages. It then expands to cover factor market discrimination against the SC and ST population, focusing on access to credit, provided to the agricultural sector through commercial and cooperative banks. Furthermore, it examines the differential access of social subgroups (castes and religions) to hospital health care as an example of discrimination in the “endowment market”.

The report analyzes the situation in rural and urban areas separately at two points in time for which comparable information could be constructed using data from the NSSO’s regular employment survey of 2004-05 and the periodic labor force survey 2019-20. The study attempts to capture the extent of identity-based discrimination, explaining the gaps in access to employment and wages, credit and health facilities between different castes, tribal and religious identities and sex. Labor market analysis covers different types of jobs viz. regular, casual and self-employment and income disparities.

The identity of individuals often limits people’s ability to work, earn fairly, acquire assets and abilities, and live a better life. This becomes even more difficult in times of crisis. The study examines discrimination in the payment of wages/earnings from work in various marginalized social groups under “normal circumstances” and during the pandemic. This is important because, like endowments and the nature of employment, labor welfare and protection through state agencies, community relations, social biases, etc. play an important role in determining the well-being of people from different socio-religious groups in times of crisis.

The general conclusion that emerges from the India Discrimination Report 2022 is that while there has been a decline in labor market discrimination in India over the past decade and a half, it is characterized by high gender inequality to such an extent that the likelihood that a woman is employed in decent jobs has no bearing on her endowments. Simply put, a woman’s non-working status does not depend on her educational qualifications. This leads to the alarming result that emerges from the model that sex discrimination is almost total in the country. The pay gap is small for regular workers, with men’s earnings exceeding those of women by 20 and 60 percent. In the case of the self-employed, the gap is much higher, with men earning 4 to 5 times more than women.

Discrimination based on caste appears to be very important while discrimination based on religion is low only because Muslims are absorbed in low-value family occupations in which they face less competition. In addition, they have some vocational skills, acquired through family and peer group, in repair/maintenance, carpentry, construction, etc. As these are not taken into account in the formal model, employment and income gaps are explained in terms of endowment deficits. .

Gender discrimination is extremely high in all job categories and in both rural and urban areas. This can be noted in terms of the existence of a large segment of well-qualified women who do not “want” to join the labor market because of household responsibilities or “social status” within the community (where norms limit their active participation in the labor market) or in the caste hierarchy. It is therefore patriarchy that keeps a large segment of women, who have the same or even higher qualifications, out of the job market and this has shown no improvement over time.

The study further reveals that the impact on the labor market during the first quarter of the pandemic (April-June 2020) was severe in urban areas due to nationwide lockdown, directly affecting urban businesses. The largest increase in unemployment, however, is seen in percentage terms for Muslims in rural areas. The increase in unemployment in the case of urban areas is alarming for all socio-religious groups, but the differences between categories are marginal. However, gender discrimination is structural, resulting in large income disparities between men and women in “normal circumstances”.

About the Author: Amitabh Kundu is a Senior Researcher at the World Resources Institute and the Research and Information System for Developing Countries. All views/opinions expressed in the article are by the author.