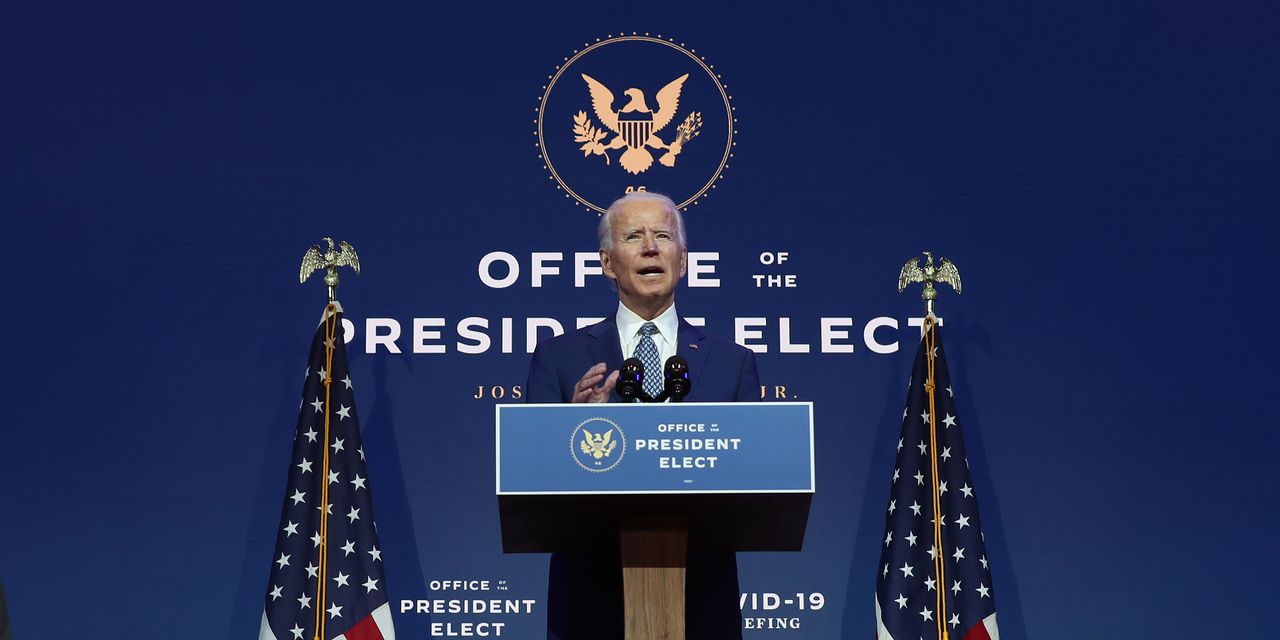 News organizations have declared Joe Biden president-elect of the US, but incumbent Donald Trump has not conceded the race, a decision delaying a formal start of the transition process and potentially denying the former vice president critical time to get his administration up and running.

Under federal law, the head of the General Services Administration must “designate” a candidate as “apparent president-elect” before the federal government releases funding, office space, and access to federal officials.

“No determination has been made yet,” Pamela Pennington, a spokeswoman for the GSA, told MarketWatch in an email. “GSA and its Administrator will continue to comply with and comply with all legal requirements.”

For now, this decision denies the Biden transition team federal offices and nearly $10 million in funding for staffing and other needs.

It also prevents Biden from receiving the Presidential Daily Brief, a top-secret document dealing with national security and intelligence issues that is traditionally shared with a new president.

In late fall of that year, President-elect George W. Bush was denied transitional funding and office space — despite winning enough states to win 270 electoral votes — as the Florida election recount continued and the election result remained in doubt.

David J. Barram, administrator of the GSA during Democrat Bill Clinton’s second term, told Congress this December that “in this unprecedented, incredibly close and hard-fought election, with legal action being taken on both sides, this is not obviously me is who the winner is.”

Barram’s decision was criticized at the time by Congressional Republicans as Democrats and select Republicans do today. No transitional funds were made available to the new Bush administration until December 14, 2000, the day after former Vice President Al Gore conceded. according to Henry Hogue of the Congressional Research Service.

To justify his decision, Barram quoted Florida Rep. Dante Fascell, a sponsor of the 1963 legislation governing the determination and disbursement of funds, as saying that “in tight competition, the trustee simply doesn’t make the decision would”.

At a Tuesday briefing, Biden downplayed the need for GSA funds, adding that while it would be helpful to receive the daily briefing, it is not mandatory since there is only one president at a time. He said his status as president-elect would ultimately be recognized by Republicans.

In a Sunday letter from the Presidential Transition Center, a bipartisan group of former Bush, Obama and Clinton cabinet officials called on the GSA to begin the process.

“We call on the Trump administration to begin the post-election transition process immediately and on the Biden team to make full use of available resources.” the letter reads.

“To build an effective government ready to meet the urgent needs of our great country, the new President must recruit 4,000 political appointments, including 1,250 to be confirmed by the Senate; prepare a budget of US$4.7 trillion; implementation of a strong political agenda; and assume leadership of a workforce of 2 million civilian employees and 2 million active duty and reserve troops,” it added.

The lack of a decision from the GSA didn’t completely hamper the Biden team. The Secret Service began stepping up protections for the former vice president, his family, and his team as of Friday. “The added security for Biden … doesn’t give him the full protection detail that accompanies a president-elect, but it’s getting closer in that direction.” according to the Washington Post, while CNN reported that the Federal Aviation Administration has issued flight restrictions over Biden’s home in Delaware.

Meanwhile, the Biden administration announced a new coronavirus task force on Monday under the direction of Dr. David Kessler, Professor of Pediatrics and Epidemiology and Biostatistics at the University of California San Francisco; dr Vivek Murthy, who served as the country’s 19th surgeon general from 2014 to 2017; and dr Marcella Nunez-Smith, Associate Professor of Internal Medicine, Public Health and Management at Yale University and Associate Dean of Research on Health Equity at the Yale School of Medicine.