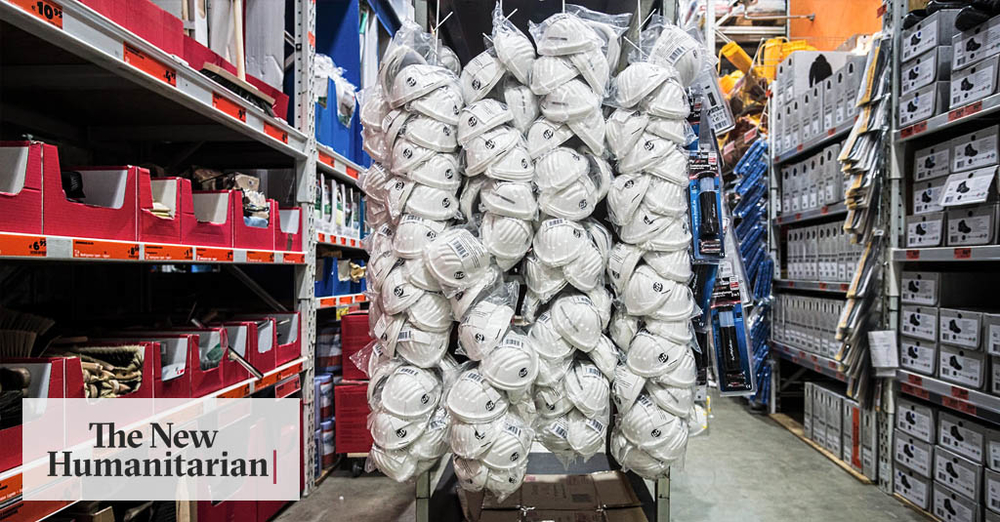 The New Humanitarian | Financing of the Corona aid

In poor countries, war-torn and fragile states, the human and economic costs of COVID-19 could be overwhelming, killing or sickening thousands and plunging millions into life-threatening poverty. What international aid funds might be needed and how much is out there?

For the latest information on coronavirus funding and how to track it, click here.

A review by The New Humanitarian found that aid organizations have received a total of $5 billion in emergency COVID-19 funding appeals. The near-term commitments recorded by the United Nations are about $1 billion, and so are its agencies Crying for immediate funding for basic logistics.

The World Bank, the EU and some major institutions are expected to offer billions of dollars in longer-term development grants to low- and middle-income countries. Much larger amounts of credit are being offered, but these will increase long-term debt burden which are already becoming risky in some countries.

However, according to Oxfam and other analysts, none of this meets the need. funding should according to a UN studybe set at $500 billion, and the loss of transfers alone will exceed $100 billion according to the World Bank.

Subscribe to our coronavirus newsletter to keep up to date with our coverage.

Billions have been pledged for this vaccination and biomedical research Efforts and trillions for macroeconomic stabilization.

To cushion the impact, 16 low-income and 27 middle-income countries have also put in place some safety nets — unemployment benefits, sick pay, or other “social protection” measures, according to an informal World Bank survey. However, according to the surveillance – led by World Bank official Ugo Gentilini — that still leaves more than 30 countries with no known government welfare plans. These include some of the poorest and several already in humanitarian crisis: Yemen, Syria, the Central African Republic and Myanmar.

With or without government intervention, volunteers, individuals and businesses, faith communities, neighbors, friends and family, and NGOs and civic groups all play important roles in trying to contain the disease.

What happens without international resources will be decisive: research has formally assessed this International aid can account for as little as 1 percent of resource flows to countries affected by humanitarian crises. However, the globalized nature of this crisis and the systemic shocks may result in fewer resources being available domestically than in a more typical emergency. Also an important lifeline in low-income countries – Remittances from relatives working abroad — could dry up as layoffs surge around the world. World Bank estimates a drop of $110 billion in low- and middle-income countries.

According to World Bank President David Malpass, multilateral banks have found up to $240 billion to offer to 100 developing countries over the next 15 months. The International Monetary Fund has committed $50 billion. Another $20 billion in debt service payments from low-income countries have been postponed by the G20 and some commercial lenders. The IMF only has about $500 million available in grants – in a special fund to help countries that cannot repay existing loans.

All of this should increase the cash flow available to these countries and allow some shaping of social policies and aid spending in response to COVID-19. But almost everything is credit or late payments. Some of the most vulnerable countries are already suffering from high levels of debt while anticipating a collapse in tax revenues due to COVID-19.

Grants, like needs, can be difficult to pin down. Those from conventional aid donors – who deal with life-threatening and crisis situations – will be easier to track if they are reported as “humanitarian” spending.

Formal development spending is reported to the OECD by its members (about 59 percent of estimated international aid flows), but reporting is delayed by at least a year. Private sector donations, NGO fundraising from the public, and religious funding streams are largely untraceable.

UN agencies asked for $2 billion for its operational actions, including a cargo and passenger logistics operation, and $450 million for the World Health Organization (the only item set to be secured quickly). The Red Cross and Red Crescent Movement requested $823 million.

Individual countries with internationally funded aid measures are gradually submitting updated funding applications. For example, aid organizations that work with the Ugandan government increased their request for donors by $316 million this week to include the cost of responding to COVID-19.

For the health response in developing countries, the WHO had set an initial need of $675 million, a plan to be increased and updated in April. Despite a public funding campaign, including appearances by celebrities and contributions from the private sector, records as of April 22 showed only a total of $195 million.

Where could it come from?

Some of the international aid money for COVID-19 is being diverted from existing pots: the United Nations Global Emergency Relief Fund, the CERF has committed $95 million. Eleven transnational funds managed by the United Nations Emergency Relief Coordination Unit, OCHA, designed to respond flexibly as priorities change, have provided a total of US$68 million. Another example: The Global Fund to Fight AIDS, Tuberculosis and Malaria – a large multi-donor relief pool – will allow some funds to be diverted to the coronavirus. According to the OECD and Oxfam, the total volume of international aid amounts to around 220 billion US dollars per year.

Aid budgets may need to be adjusted more radically in the coming months as the pandemic evolves, potentially diverting spending from other priorities. However, In a joint statement, the major donors said they would “try to protect aid budgets”. when the recession bites, and try not to lose the ground gained in meeting development goals.

The contribution of private sector actors to the international awarding of grants and aid measures is also not tracked by any central body. Often, as in the case of Jack Ma Foundation – which has grown to be one of the larger donors – consists primarily of in-kind donations of goods, supplies or transportation for which the cash equivalent is not disclosed. Some private sector contributions are even more difficult to assess: for example Advertising space provided by Google to WHO cost the business no real money, but could represent an opportunity cost in the form of lost sales.

Despite appeals totaling over $5 billion, donations to date total around $1 billion.

The COVID-19 crisis highlights a peculiarity of international aid spending: humanitarian and development aid are treated differently, and funding reporting is wildly different. (The benefits of closer links between humanitarian aid and development – sometimes referred to as the nexus approach – is a hot topic in political circles.)

Most of the mainstream aid spending from countries and institutions like the EU that are classified as “humanitarian” are grouped together by the United Nations in its financial tracking service, which records around $20 billion in annual financial flows for crises around the world. So far (April 23) it has found about a billion dollars for COVID-19.

However, humanitarian funds are the minority of international aid flows and the response to the shock of COVID-19 is likely to attract funds from other sources commonly defined as “development”.

A selection of large and well-known donors beyond the “humanitarian” category:

Inevitably, COVID-19 is becoming a major area of ​​international aid spending – from the giant banks to the voluntary crowdfunding operations. So far, however, there is no uniform list of aid funds the WHO and the US non-profit organization Kaiser Family Foundation Both pursue a range of pledges and donations for health-related gifts.

Keeping track of other donations — for example, those that fall under the “development” category — requires access to data from a variety of sources, including Open data published under the International Aid Transparency Initiative standard.

Please contact us if you see any gaps or have any feedback.