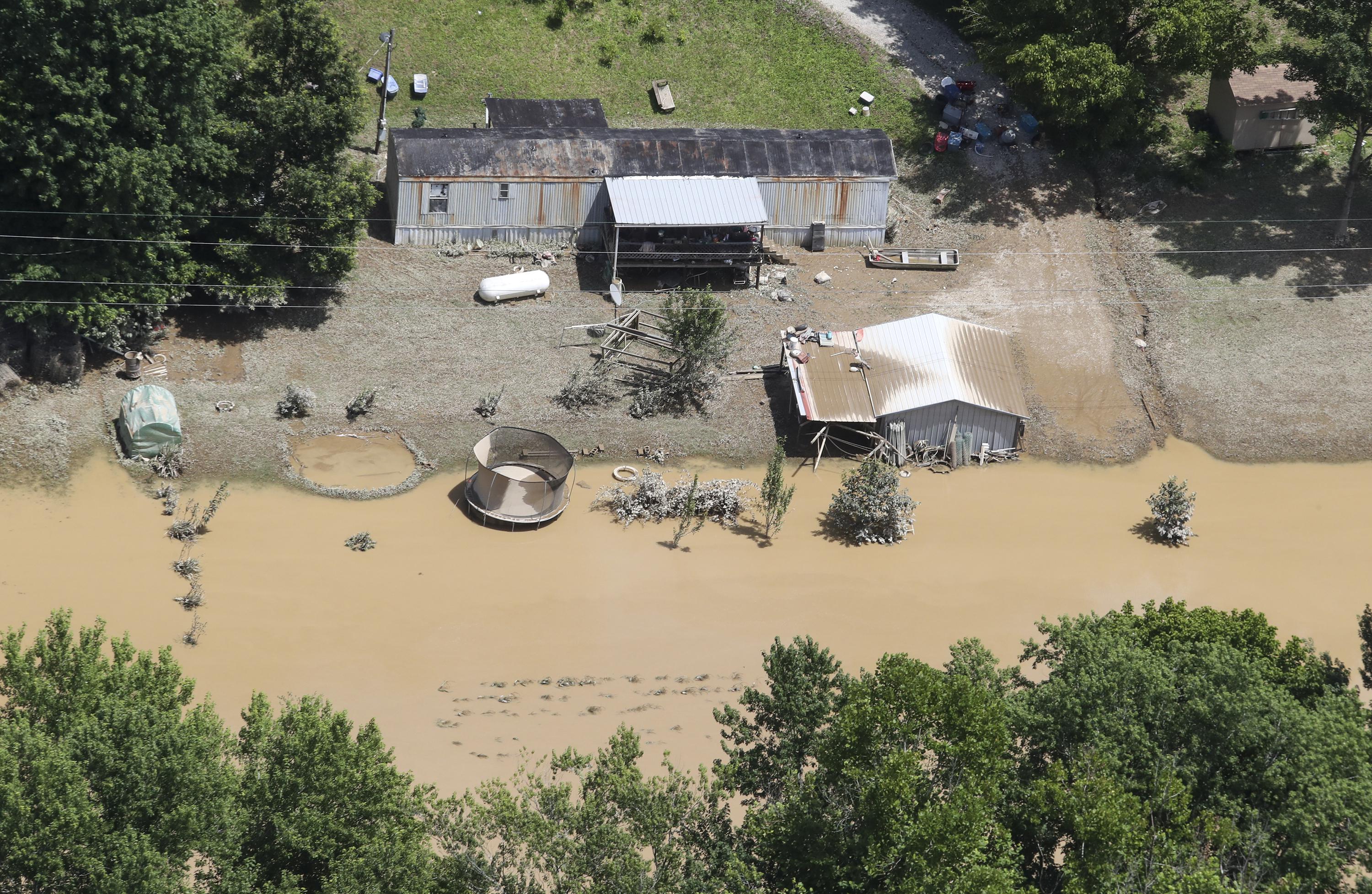 The mysterious death of a high school athlete who spent days helping fellow Eastern Kentucky people clean up historic flooding has added another layer of grief to the tragedy.

On Wednesday, Aaron “Mick” Crawford was counted as the 38th person to die from flash floods that washed away homes and engulfed communities last month in the Appalachian region. The teenager’s death was a crushing loss, said Perry County Sheriff Joe Engle, his friend and pastor.

“It was just a joy to be with him,” the sheriff said Wednesday.

When Engle last contacted his 18-year-old friend, Crawford asked where he could step in to help victims as floodwaters rose.

For three days, the high school footballer and wrestler helped clean up the floods before suddenly falling ill. He died late last week and was officially added to the list of those who died following Wednesday’s flooding.

Crawford’s death came days after he fell ill. His mother, Ronda Crawford, told the Lexington Herald-Leader that her son “went into cardiac arrest.”

The family still does not know what caused Crawford’s death, media reported.

The kid who loved superheroes — even making his own costumes — and aspired to be a conservation officer immediately wanted to help others as rain flooded the area, Engle said by phone Wednesday. Last month’s deluge dropped 8 to 10.5 inches (20.3 to 26.7 centimeters) of rain in just 48 hours, releasing floodwaters that caused widespread destruction.

“And that was actually the last time I spoke to him.”

During a visit to eastern Kentucky on Wednesday, Gov. Andy Beshear said the teenager’s death had been added to the tally of flood deaths. A relief fund established by the governor for the disaster area will pay funeral expenses for Crawford’s family, as it has done for the families of other victims. Beshear said Kentuckians mourn the teenager and “every one of the 38 individuals who are lost.”

Meanwhile, Kentucky lawmakers are drafting legislation to aid the devastated region. Asked about the measure’s progress on Wednesday, State Senate Speaker Robert Stivers replied, “We’re getting there.” A bill is circulating among lawmakers, ahead of a special legislative session that Beshear intends to call, likely within the next month.

On Monday, President Joe Biden and First Lady Jill Biden saw some of the destruction for herself as she toured the area to meet with families and first responders. The president said the nation has an obligation to help all of its residents, saying the federal government will provide support until residents are back on their feet.

As the cleansing continues, so does the mourning. Crawford’s funeral is Thursday.

Crawford, known as “Mick”, lived in Jeff, a town in Perry County. Engle, who served as the youngster’s pastor at Blair Memorial Baptist Church, said Crawford was witty, fun and “strong as a bear”. Engle recalled that Crawford sometimes used his wrestling moves against him, until his mother told him to “rest up, you’re going to hurt the preacher”.

But he was also serious about his Bible studies, the sheriff said.

“He was way beyond his years when it came to his spiritual side,” Engle said. “He was kind of like a spiritually wise old man. He knew his Bible. He would go to Sunday school, but he could probably teach some of those Sunday school classes. That is to say how well he knew the Bible.

Crawford’s family told him that after three days of helping clean up the floods, Crawford came home exhausted, complaining that his arms were heavy, the sheriff said. He was eventually placed on a ventilator, according to media reports.

Engle will speak at the funeral, but another pastor will conduct the service. Engle said he didn’t think he could “get through the serve and hold on without crying and being able to get a message across.” That’s how close we were.

“He’s a superhero to me,” Engle said.