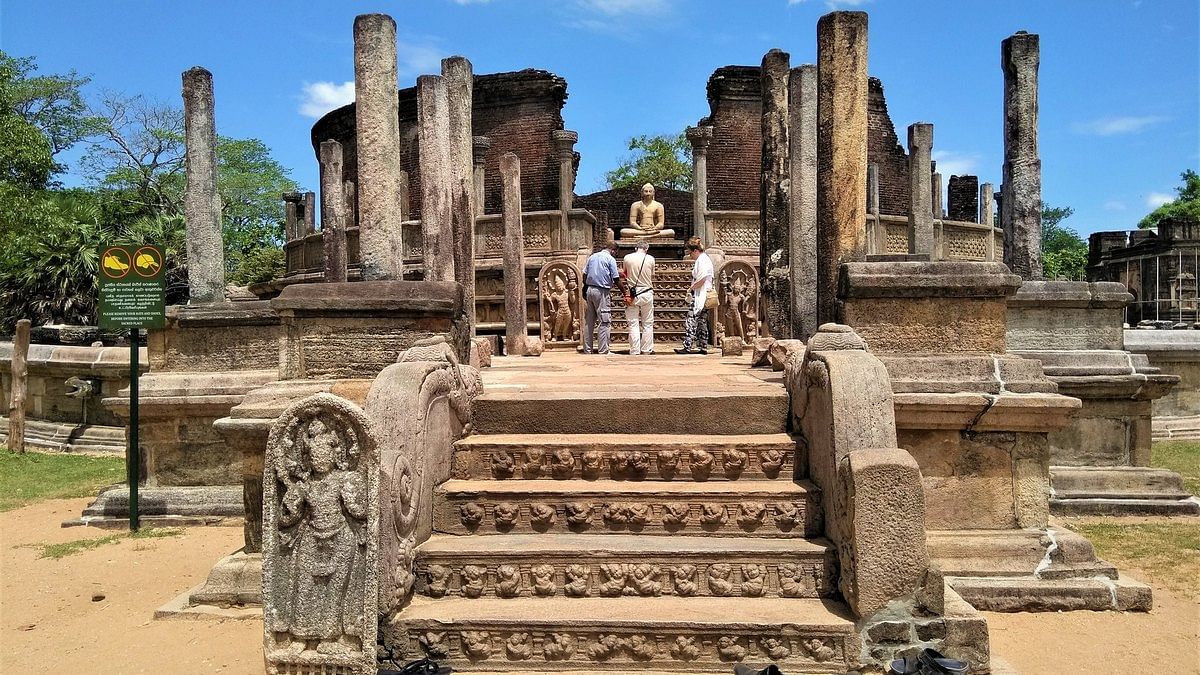 Ohen one thinks of the Indian subcontinent, Sri Lanka often appears only as a footnote. His conversion to Buddhism is often attributed to the Gangetic emperor Ashoka in the 3rd century before our era, then it disappears from our historical consciousness until its conquest by the Chola dynasty of Tamil Nadu in the 11e century of our era, nearly 1,400 years later. We then hear about it because of the LTTE on the 20e century, 900 years later. In recent years, the island nation has come under discussion in India mainly due to concerns over Chinese influence. In 2022, Sri Lanka is now observed with great concern in the face of the unprecedented politico-economic crisis it is facing.

This approach is shortsighted. Sri Lanka is nearly half the size of Java, an island that dominated much of Southeast Asia for centuries during medieval times. It has been deeply embedded in the commercial, religious and political networks of South Asia for centuries. Although modern ideas of ethnic and linguistic exclusivity have ripped the island from our understanding of India, a look back at its medieval history reveals how intertwined it is with our own past.

Read also : Quad has a sea of ​​challenges. The navy can learn from a Maratha admiral who sank English ships

Religion and Power—Sri Lanka and the ‘continent‘

Perhaps one of the best ways to understand pre-modern India and its wider world is to think of it as a collection of networked regions, each with its own unique internal dynamics. These dynamics lead to the emergence of political and social pressures that guide the region’s engagement with the wider space.

This phenomenon is clearly visible by the 3rd century BC and the career of Ashoka Maurya. In a recent archaeological study of Maurya State, Dr. Namita Sugandhi concluded that many Ashokan edicts, especially those found far to the south, were produced by local elites attempting to build their own state structures. By adopting various elements of Maurya political culture – including, of course, Buddhism – the subcontinent’s elites could gain access to lucrative new networks of trade and diplomacy. The process can be observed in the Deccan, on the Andhra coast and, of course, in Sri Lanka. It appears to have connected elites across the subcontinent on an unprecedented scale.

In his magisterium Sri Lanka and the Cholas, WMK Wijetunga shows that over the following centuries there was an almost constant movement of peoples from neighboring Tamil-speaking areas. Many of them were mainland adventurers seeking to establish politics in Lanka, very often by patronizing Buddhist establishments. The reverse was also true, with Lankan kings visiting the Indian subcontinent to recruit troops for their own political struggles. Both the mainland and the island were multicultural and multi-religious: Wijetunga suggests that it was not true that Tamil speakers in Sri Lanka were always Hindu; as many of them had lived on the island for generations and were Buddhists. It is known that at the same time, Buddhism exercised considerable influence in the Tamil region. Likewise, there is evidence that the Sinhalese-speaking royal family had Hindu priests attached to their palaces, and the Sri Lankan historian K. Indrapala has shown that saints such as Campantar (Sambandhar) chanted temples to Shiva on the island, which was to have local Sinhalese. devotees and patrons.

Alongside the Tamil Bhakti movement, at 6e-sevene centuries of our era, a distinctly new politico-religious formation spread throughout the subcontinent: Puranic Hinduism, involving the patronage of Brahmins and temples as sources of state power. Many of the continent’s elites gradually turned their attention to Shaivism, leading to the decline of Buddhism in all but two important regions: the eastern Ganges Valley and Sri Lanka. In these two regions, Buddhism survived because of its deep-rooted political power and its ability to provide services and legitimacy to rulers. However, medieval rulers preferred to play it safe when it came to religion; while the Palas of Bengal were patronizing a new Tantric form of Buddhism, the rulers of Lanka, unable to interfere with the affairs of the Buddhist Sangha, granted land to Shaivite Brahmins – just as their neighbors on the mainland did.

Read also : Rajapaksas brought its own ruin. India knows it must now support Sri Lankans, not just the government

As these religious trends were in motion, polities in Sri Lanka, like those on the mainland, had grown in scope and complexity, undertaking cross-regional diplomacy and intermarriage. By the 8e century of our era, we are beginning to see military and political movements of increasing magnitude across the subcontinent. The Deccan empires raided northern, central and southern India, driven by dynastic entanglements and political ambition. At the same time, we see Tamil kings from the mainland invading Lanka, and vice versa; in one particularly notable incident, the Lankan King Sena II embarked on an expedition that crossed the Palk Strait and plundered the city of Madurai in the 9e century of our era.

Interactions between the island and the mainland became increasingly violent over the following centuries. In the 11e century, the Chola kings Rajaraja I and Rajendra I succeeded in decisively conquering a large part of the island, plundering Buddhist monasteries and building two Shiva temples in the city of Polonnaruwa. Interestingly, researcher R Mahalakshmi shows in Beyond the politics of conquest: Brahmanic iconography in Polonnaruva that many other Shiva temples were later built by local traders, with features suggesting cultural interaction between conquerors and conquered. However, when the Chola were driven from the island by the end of the 11e century, the Sinhalese-speaking elite – and their Buddhist monastic supporters – began to adopt a more xenophobic tone towards the continent, and in particular towards the Tamils.

Trading will continue however, with Pandya dynasts and even adventurers from as far away as Kalinga ruling parts of the island in the 13e century. Close marital ties between continental and island dynasties continued until the Portuguese conquest in the 16e century, and commercial and artistic exchanges continued even after. Indeed, Portuguese Goa and Sri Lanka both produced Christian ivory statues for export to Europe.

All this shows us that the history of Sri Lanka is an integral part of that of the subcontinent; in some ways it is a laboratory where we can more clearly observe trends in the wider region – from medieval state formation to modern religious and ethnic nationalism. Rather than seeing what is happening in Sri Lanka as an aberration, then, perhaps it is worth looking at the links between the island and the mainland, and what they warn us about our politics and our economy.

Anirudh Kanisetti is a public historian and digital humanities specialist. He is the author of Lords of the Deccan, a new history of medieval South India, and hosts the Echoes of India and Yuddha podcasts. Views are personal.