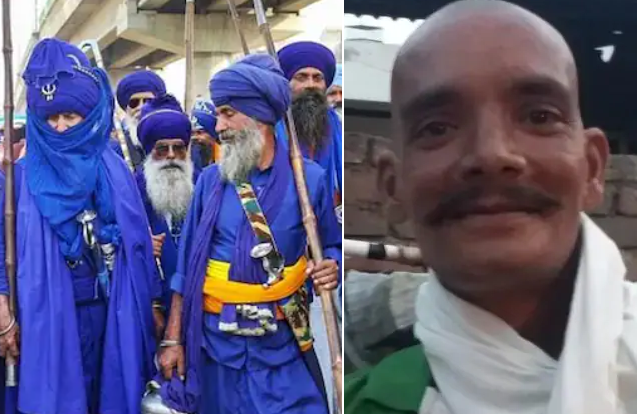 By Ajit Singh *
A Dalit, Lakhbir Singh, was mercilessly beaten and lynched to death near the farmer protest site in Haryana state, allegedly by Nihang Sikhs. It was alleged that he had committed blasphemy by desecrating the holy book guru Granth Sahib.
The group sees themselves as a self-proclaimed guardian to protect their religion. In 2016, he played a leading role, under whose influence the Akali-BJP government in Punjab proposed the Blasphemy Law, which included criminal provisions for sacrilege of the Sikh holy book. The law was later rejected by the Center on the grounds that all religions should be treated equally.
Cynical behemoths always find refuge in all political parties, regardless of the ideological spectrum to which they adhere. In 2018, the Amarinder Singh government in Punjab attempted to pass a law that imposed life imprisonment on those who sacrileged the holy books of Hindus, Muslims, Sikhs and Christians.
The reach of blasphemy laws and the emergence of radical extrajudicial entities in democracies around the world are known to have taken a long time to serve their false pride. In a pluralist and multi-ethnic society, one avoids discussing the sensitive issue of blasphemy in the name of maintaining religious tolerance and peace in society. Our deadly silence has compounded the severity of the wound, allowing divisive leaders to ride the wave of community politics.

In many countries of the Middle East, North Africa and South Asia, blasphemy is a capital crime and this notoriously draconian law has become a tool to quell dissent against the political and military establishment.
A university professor in Pakistan, Junaid Hafeez, was arrested in 2013 for defaming Islam and for publishing material considered derogatory to the Prophet. He remained in solitary confinement for eight years pending the arrival of his death awarded to him in 2019 by a local court in Multan.
Soheil Arabi, a political activist in Iran, was jailed the same year for a double allegation of fierce criticism of the Islamic Republic and insulting the Prophet on social media. In 2017, he won the prestigious Reporters Without Borders award in the journalism category. He was praised for having protested in the Gandhian way by organizing hunger strikes to highlight the poor living conditions of the prisoners and the deprivation of any medical treatment for them.
Due to his open criticism of the theocratic regime, new fabricated cases have been opened against him, including propaganda activities against the government and turmoil in public opinion.

Western democracies are seen as an indicator of liberal ideas where individual freedom and free speech are put on the highest pedestal. Last year, in an act of cowardice, a social science professor Samuel Patty was beheaded by a Chechen immigrant in France for drawing a cartoon of Mohammad that was originally published by a satirical magazine “Charlie Hebdo” in 2011. As a result, 12 people, including the editor of the magazine, were shot dead by terrorists in 2015. Another thing, the French constitution does not prohibit insulting a religion, its figures and its symbols.
Countries that have repeatedly taken in victims of blasphemy accusations in Islamic countries are now adopting an increasingly conservative view of things. Some politicians, even those who take a center-left stance, advocate some sort of blasphemy law to flatter gullible minorities and gain their support in elections.
Take for example the UK, where Labor MP and shadow minister for Community Cohesion Naz Shah pleaded for 10 years in prison for those who vandalize or destroy religious cartoons. In Canada, Prime Minister Trudeau reiterated that freedom of expression is not without limits.
According to the report of the United States Commission for International Religious Freedom (Blasphemy Law Fact Sheet), about 20 percent of European countries formally criminalize blasphemy or religious insult. The demand for repressive laws in the name of protecting religious feelings and providing a safe space for religious minorities is a deeply flawed argument.

A recent survey conducted by Ifop shows that 57% of Muslims under 25 prefer Sharia law to be incorporated into the French legal system. Will European lawmakers be prepared to implement those parts of the same Islamic law in which apostasy results in a death sentence or at least severe public and private censorship?
Redefining the concept of secularism to make everyone happy on the boat will destroy years of cultural progress Europe has made since the Renaissance movement when people began to question the unscientific rituals and dogmas of Christianity. .

The policy of appeasement in India is just as destructive and dangerous as the policy of polarization. In 1989, India was the first non-Muslim country to ban Salman Rushdie’s book “The Satanic Verses”. In 2006, artist MF Husain suffered a similar fate when he was forced to leave India due to the depiction of Hindu goddesses in his seemingly obscure paintings.

Intolerance in India is not a new phenomenon and if we try to correlate the murder of the Dalit man with the above incident, we can come to this sad conclusion that our collective conscience is dead and the assertion society’s deliberate rule for the rule of the crowd left no room for creativity of any kind.
Any demand for blasphemy laws in India will only act as a catalyst to turn it into an ultra-Orthodox state engulfed in the reign of endless terror. Democracy will die the day we restrict free speech. This can be best explained in a quote from Osho where he discussed the destruction of creative minds and individuality by society which promotes machines like obedience and discourages the rebellious nature of humans.

“Mankind will only truly be born when an individual is respected in his rebellion. Mankind has still not been born, it is still in its mother’s womb. What you see as humanity is just that. a very random phenomenon, ”he said.
—
* Amateur writer, graduate in economics, second year student of the B Ed program

Involve your children in traditional religion, Ooni urges the faithful