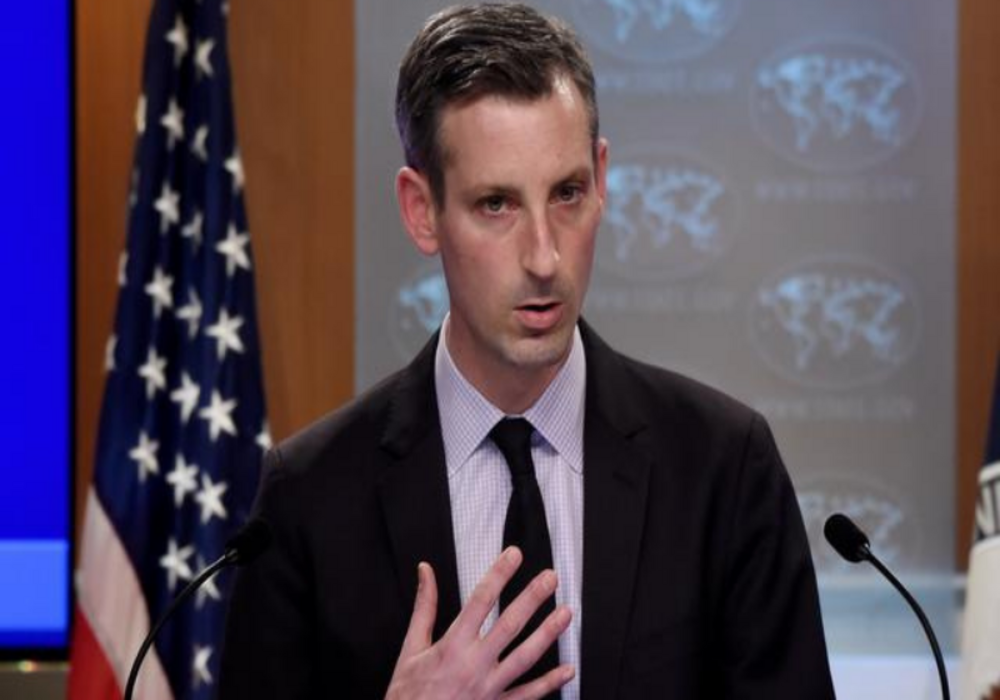 ‘Religious freedom is fundamental in democracy’: US condemns blasphemous remarks by BJP officials

US State Department spokesman Ned Price at a press conference on Thursday condemned the derogatory remarks about the Prophet Muhammad (PBUH).

Ned Price said the remarks about Prophet Muhammad (PBUH) were condemnable and the United States was pleased that the BJP publicly condemned the comments.

He added that the United States had held regular discussions with the Indian government on freedom of religion, belief and other human rights issues.

Responding to a question about US relations with Pakistan, he said Pakistan was a partner of the United States and sought a partnership based on mutual interests.

He said Pakistani Foreign Minister Bilawal had a meeting with US Secretary of State Antony Blinken last month, during which the two had a constructive dialogue on issues such as food security.

Responding to the question about India’s purchase of oil from Russia, Price said India’s relationship with Russia had grown over decades, but the United States had made it clear to their “Indian partners” that they were willing to engage with them.