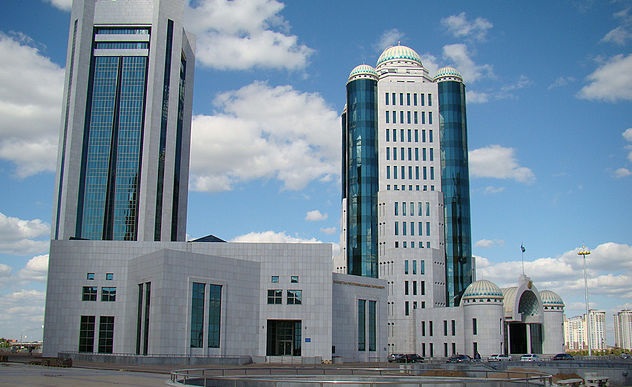 The European Evangelical Alliance (EEA) calls on Christians across Europe to raise their voices in defense of religious freedom in Kazakhstan.

According to a letter published by the body representing evangelical Christians in Europe, the Ministry of Religion and Civil Society of Kazakhstan has prepared an amending bill that proposes changes to three codes and nine laws, including the 2011 Law on religion.

“The Muslim Council and the Metropolitan Region of the Russian Orthodox Church, are the only two organizations having the status of national religious organization â€. These two formal faith groups do not have to re-register under the new amending law.

NO MORE RESTRICTIONS FOR PROTESTANTS

But â€œregional and local religious organizations which have not brought their statutes into conformity with the new provisions and have not succeeded in obtaining their re-registration will be faced with liquidationâ€. Among them, the EEE said, are evangelical Christians.

Local sources are “extremely worried on this amending law â€. “When the 2011 religion law came into force, all religious organizations also had to re-register.”

Most Protestants in the country have been in a legal vacuum since 2011. â€œOut of more than 1,300 Protestant organizations / churches, only 495 were able to renew their legal status. Everyone else went into hiding or just disappeared. This included many Kazakh speaking churches â€.

The text must be sent to the lower house of Parliament, the Majilis. “Once the government approves a bill, it can be quickly passed in parliament and signed by the president.”

– Effective prohibition of religious education unless it takes place in places of worship or religious educational establishments registered â€œin accordance with their statutesâ€, or with the authorization of regional authorities. This would, among other things, prohibit religious discussions in private homes (eg Bible study groups).

– What remained of an individual’s explicit right to â€œspreadâ€ his or her religious beliefs without state permission is curtailed. Unregistered religious communities are explicitly forbidden to share their beliefs.

– A new definition of “clergy”. They seem to be the (only) ones to preach. They require appointment by the leaders of a state-registered religious body. This would affect, for example, religious communities which do not have a hierarchical structure. In addition, it would reduce the number of people allowed to exercise leadership roles in the worship of a community.

– State religious censorship is strengthened and all religious material is prohibited, including icons, if they have â€œreceived a negative conclusion from a religious expertâ€.

Recently Italian Evangelical Christians delivered a letter to the Embassy of Kazakhstan in Rome. He called for an end to â€œother limitations on the free expression of religion in Kazakhstan, by placing thousands of citizens in fragile situations and by limiting access to one of the fundamental human freedoms: religious freedom â€.

A letter was also sent to ambassador in Madrid (Spain). The Spanish Evangelical Alliance’s Religious Freedom Working Group called on the Embassy to â€œintercede with its government to stop this bill, (…) a fairer law guarantees religious freedom to all the citizens, whatever faith they adhere toâ€.

Posted in: Evangelical focus – world
– Amendment of the law on religion to prohibit meetings of home groups in Kazakhstan

Rory McIlroy Religion: The Catholic Faith is a Private Matter