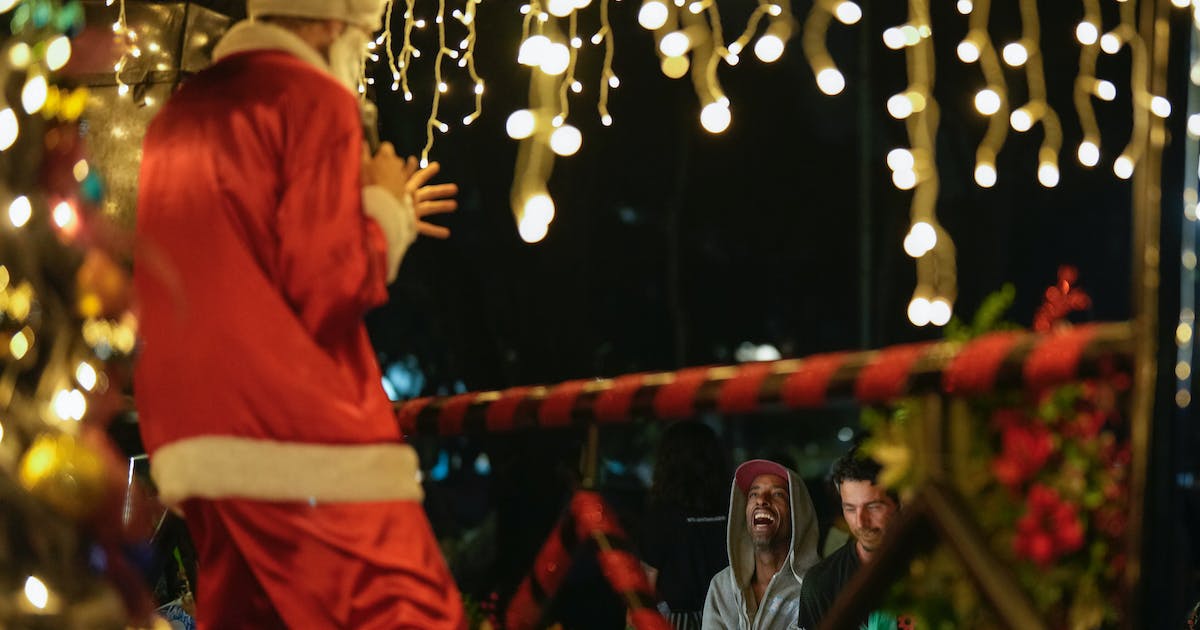 The beauty and depth of thoughtfulness of David Brooks, â€œA Message to Those Who Are Deeply Desperateâ€ (Opinion Exchange, December 11), made me cry. As a retired healthcare chaplain (who is still fully engaged in life), I thought of the countless patients who, upon leaving their rooms, commented, â€œChaplain, thank you for listening to me.

In this hectic and troubled holiday season, I invite all of us to put down our electronics and really listen – listen to others, to the nature and calm of our hearts that beckons us to hope, kindness and compassion. .

Today I have decided to speak as a therapist as well as a grieving person. I hear so many sad stories during the holidays. Many of them are sadder because of unfulfilled expectations, photos of happy families on social media, Christmas cards showing everyone posing together, the assumption that we’re happy – and together. I ask that we consider how many vacations have been perfect or even close. How many were OK, average, or just not that good? And how many were â€œI couldn’t wait to goâ€ bad?

Holidays are an event where the sense of perspective is seldom used, adding to the intensity of feelings producing good and bad results. All the planning and preparation makes the event potentially more stressful – if you’ve done all that work to make it special, it better be good!

We should, I suppose, expect everyone to behave well; kind, caring, cheerful. Although we haven’t seen each other since the last vacation when Cousin George had a fight with Cousin Susan over politics, and they both sulked the rest of the time. In fact, consider how putting a group of people who only see each other a few times a year in a house for, say, eight hours could go wrong.

Here is my therapeutic solution: Lower your expectations. And find something you can do to feel good about yourself. Like talking to cousin George, who is a funny guy who you never talk to. Think maybe of a holiday regret from last year. This year you will give your mom a hug. Or say a toast to your mom in heaven. Or to all those who are gone.

Yes, there is a place for loss during the holidays. I believe when it’s not said it’s worse – lonely, isolating and ashamed. And my last thought, times being what they are, is to close the vacation door knowing that you, personally, did your best: you told people you love them. At least let the holidays be a chance to love and feel loved.

As a longtime resident of Loring Park, it was great Saturday night to see the Holidazzle lights, people lining up for the merry-go-round and sliding down the high slide, and the kids posing with Santa Claus. Best of all was the magnificent fireworks display that lit up the park and the pond. The food and gift vendors were top notch. Lights on trees and buildings made families feel safe, as did the park police.

The Downtown Council has shown the neighborhood that it values â€‹â€‹our downtown park. The board, its funders and staff deserve a lot of thanks for reminding everyone of how much of a gem Loring Park is.

I strongly support Tom Duke’s comments on the Minnesota Social Studies Standards Revision Project on Religious Education (“Religious Education is Better in New Standards,” Opinion Exchange, December 20) . In particular, I agree that instruction must include not only the history, but also the understanding of “how individuals interact with religious identity here and now”. Part of the opposition to religion in the school curriculum stems from parents’ fear that education will be used in defense of religion. Every effort should be made to ensure that the training will be completely neutral.

In his discussion of â€œreligious identity in the here and now,â€ Duke overlooks the dramatic rise of the non-religious. According to a report released this month by the Pew Research Center, 29% of Americans now describe their religious identity as “atheist, agnostic, or” nothing in particular. ” 10 points more than ten years ago.

The teaching of the religious identity of Americans cannot ignore this trend. It should cover the causes, including the intellectual rationale for rejecting belief in the supernatural, ethics based on humanistic values, and support for secular government, which ensures that private religious beliefs are protected from government influence.

Advocating for inclusive norms for religion in social science education, Duke points out that one in four students are bullied, some because of their religion. I would like to remind everyone that atheist children are also bullied.

I grew up in a strong Catholic family 70 years ago, and we were taught that we are part of the one true religion, to the point of not even attending a wedding in a non-Catholic church. Times have certainly changed with the ecumenical movement and religious freedoms in America offering everyone the opportunity to learn about all the options being practiced. I had a fascinating year in weekly faith training classes that studied the history to the present day of all religions in the world, and this was perhaps the best educational opportunity since my college days. .

I was delighted to read Duke’s comment. After decades of ignorance of religion due to the separation of church and state, educators plan to add a broad religious curriculum to social studies in our public schools in Minnesota. Real progress on accepting diversity can be made much better with a comprehensive understanding of all different religions, races and cultures and how they affect each person around us. We can finally understand that we are not that different and face similar challenges in finding our way through this life embracing a faith in the hope of more.

I enjoyed Chris Hewitt’s December 20 post on the holiday classic â€œIt’s a Wonderful Life,â€ but as a copyright professor, I have a small gripe (â€œIt’s a â€œwonderfulâ€ birthday â€). The article is correct that Republic Pictures’ non-renewal of copyright (a formality that US law eventually abandoned) meant that the film appeared to fall into the public domain in 1974. This in turn allowed to TV channels to stream it for free, and over time. helped develop the grateful audience the film lacked when it debuted in 1946.

However, a 1990 Supreme Court ruling – regarding another Jimmy Stewart film, “Rear Window” – prompted Republic, who still owned the copyright to the short story “It’s a Wonderful Life” was based on, to assert that any unauthorized distribution of the film would infringe the rights of the story. Republic made a deal with NBC, and as a result, the film doesn’t air as often as it did in the 1970s. (For a more in-depth discussion, see the article by Samantha Kosarzycki to which Hewitt’s article refers.) In contrast, the bad-it’s-good “Santa Claus Conquers the Martians” lost its copyright when it debuted in 1964, for failing to comply with another formality that the United States has taken. later dropped, and as far as I know it still remains in the public domain.

We want to hear from you. Send us your thoughts here.

What does the Christmas story mean to you and to me?