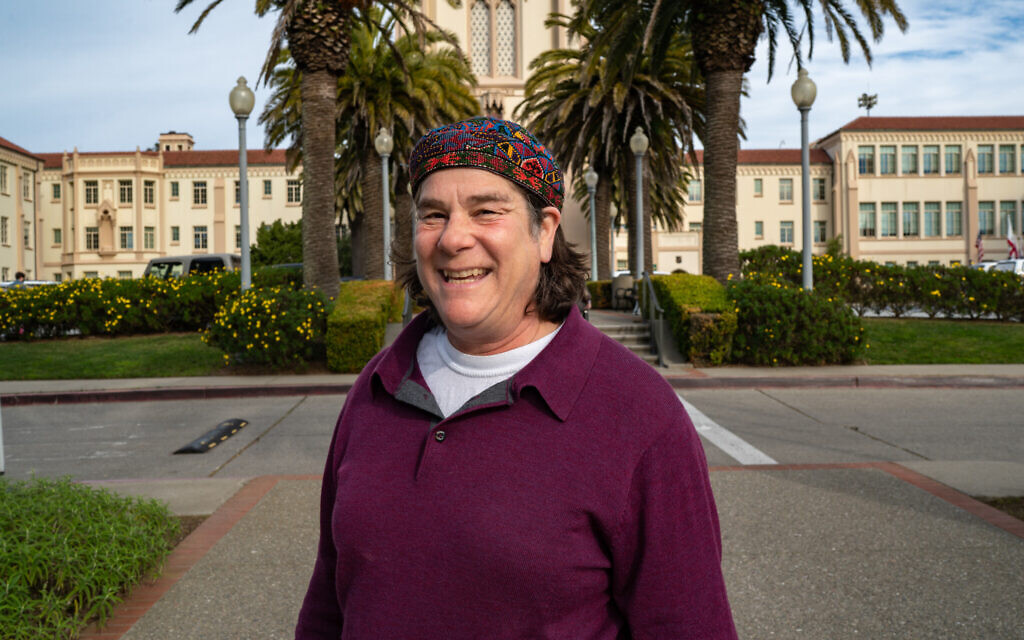 All this in a day’s work for a campus rabbi, perhaps, but its impact is felt far beyond the university’s Jewish community.

When Angel’s hiring was announced, it made headlines. A Jesuit Catholic University appointing a rabbi in residence was unprecedented, especially when that rabbi is a lifelong lesbian and LGBTQ activist.

“I was trained and am a rabbi to serve Jews, and I do — I led a shiva two nights ago, so I’m still serving Jews,” Angel told J. ” But there is something remarkable to me and totally unexpected about my rabbinate being primarily among non-Jews at this point and my teaching being primarily with non-Jews.

According to Angel, there is only one Jewish student in his class of 40 “Queering Religion”. The other students represent a mix of religious affiliations, but gravitate to Angel’s courses and programs because of the inclusive queer community she has cultivated on campus.

“I actually didn’t know much about Judaism and what a rabbi was or what he did,” said Jade Peñafort, a sociology student from Redwood City. “But honestly, I love it. I learned from her that in Judaism some of the core values ​​are just about working with other people and for other people and as a community. not just acting on your own.

Angel said it was important to her to be a visibly Jewish and queer presence on campus, inside and outside the classroom. She regularly wears an embroidered yarmulke and keeps a rainbow pride flag displayed in her office window. She underscores how important real representation and inclusion is, especially when many students have never interacted with Judaism or Jewish thought or even met a rabbi.

Illustrative: A person talks on the phone during an annual Gay Pride Parade in Jerusalem, June 3, 2021. (Olivier Fitoussi/Flash90)

“Students often ask me, ‘What should I call you? Professor? Doctor? The Rabbi?’ said Angel. “I tell them to call me a rabbi, because everyone needs a rabbi, and if you didn’t have one before, now you have one.”

Before joining the University Ministry staff of seven as an on-campus rabbi, Angel taught at USF for several years in the Swig Jewish Studies and Social Justice program, which she largely credits. party to his presence on campus.

Ordained as a rabbi at the Hebrew Union College-Jewish Institute of Religion, Angel places a strong emphasis on being a positive, identity-affirming spiritual advisor, regardless of student backgrounds or belief systems. Angel finds that many of her students’ relationships with religion are often complicated by negative experiences due to their sexual orientation or gender identity. But they are also curious and find out for themselves if they want to explore spirituality.

“When I was teaching my first [theology] class, I met so many people who had been really damaged and hurt by religion, or who had chosen not to be associated with religion, because they could see that it hurt the people they loved,” Angel said. According to USF, the majority of undergraduate students are not affiliated with any religion, while others identify as Buddhist, Hindu, Jewish, Muslim, atheist, or Protestant. Less than half are Catholic.

According to a 2020 study by The Trevor Project, young LGBTQ adults whose parents held negative religious beliefs about homosexuality were twice as likely to attempt suicide.

In her Queering Religion course, Angel teaches from a Jewish perspective how to navigate religious contexts, especially religions that have often attempted to deny queer people. Many students credit Angel and this class with helping them reevaluate and reconnect with their respective spiritual traditions.

This was the case of Luis Anaya, a sociology student, for whom growing up Mexican-American and Catholic went hand in hand, but being queer and Catholic, not so much.

“I had a lot of reservations about religion because growing up and being queer, I naturally had a different experience and a different perspective on Catholic teachings,” said Anaya, who was born in Mexico City but grew up in Stockholm.

When he took Angel’s course, he said, he was also progressing in exploring and navigating his queer identity, so the intersection of queer narratives and spirituality was particularly meaningful to him. him. He also said exposure to Jewish thought helped mend his strained relationship with Catholicism.

“Rabbi Angel talks a lot about pluralism, how different identities can co-exist at the same time, and the idea of ​​not reading the text literally, but rather interpreting it to get a better perspective of what these people were trying writing and the messages they were trying to convey,” Anaya said. “Questioning things and approaching them almost with a grain of salt.” 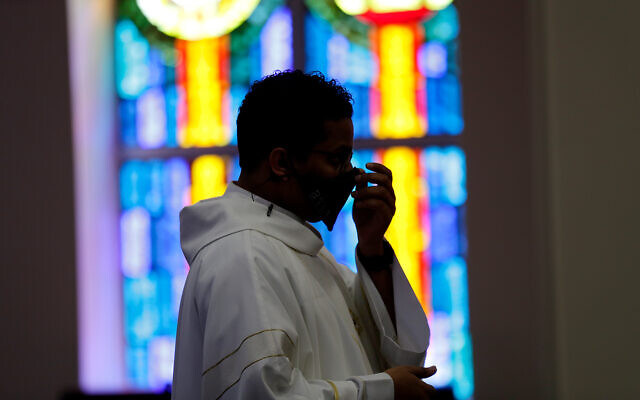 Peñafort had a similar experience. Raised Catholic, she stopped going to church as a teenager. She says she struggled with Catholicism for several reasons, but especially when her older sister came out as queer. She says the tools she learned in Angel’s course helped her understand how to deal with her conflicting beliefs around religion. Peñafort says Angel’s class also helped her feel comfortable exploring her own sexuality and identity as a Filipina woman and sister.

“Even though I felt like I didn’t fit Catholicism and its values, I was still able to take little bits and apply them to myself or just reframe them in a way that applied to me. , to my life and my identity,” Peñafort said.

With Angel as the facilitator, Anaya and several other students have created a peer-led LGBTQ group on campus called “Qmmunity,” which Anaya describes as a sort of extension of Angel’s class and the Jewish values ​​she holds. teaches. On Thursdays, the group hosts a lunch program called “Breaking Bread and the Binary,” in which students come together to share a meal, thoughts, and reflections on current events.

The first session of this semester was held on January 27, Holocaust Remembrance Day and shortly after the January 15 hostage crisis in Colleyville, Texas. Angel expressed how important the gathering was and how it reminded him of the importance of creating inclusive spaces not just for Jewish students, but for all marginalized people.

“To be in this group out and proud, here and queer, on the lawn in front of the church, it is the greatest satisfaction that Hitler and the Nazis, fascism and fundamentalism do not rule our lives,” said Angel the next day, reflecting on the session. “We are here, together, and we won’t be afraid to go back to our respective closets.” 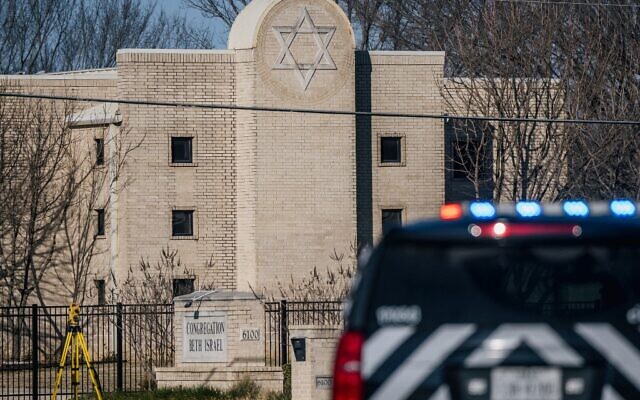 Next month, Angel will host the first Alvin H. Baum Jr. Memorial Lecture, honoring the San Francisco philanthropist known as a community pillar in the Jewish, civil rights and gay communities who died last year. In April, she leads a social justice-centered interfaith Passover Seder that focuses on the themes of climate justice, interfaith solidarity, peace, health, and freedom. She also plans to expand community outreach to address the problem of food insecurity among college students, which affects LGBTQ people twice as much as others, according to the US Census Bureau.

Throughout, his main focus is the intersection of religion and homosexuality.

“I think it’s so refreshing to hear a different point of view,” Peñafort said, “and even though it’s based on a religious point of view, it’s not necessarily so. the impression that she is a very wise woman, a mentor and a friend.

This article originally appeared in J. The Jewish News of Northern California, and is reprinted with permission.

A boy’s simple question about Gd opens the big questions