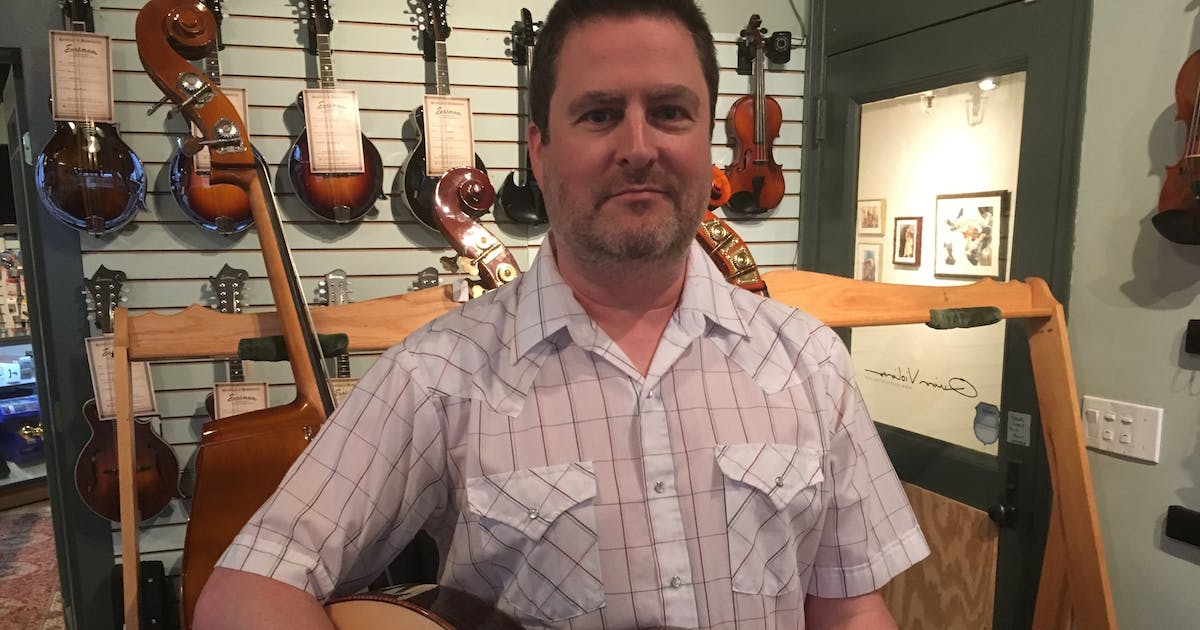 Quinn Violins from Minneapolis hits chords with the guitar section

When the legendary Podium guitar shop in Dinkytown — the shop where Bob Dylan bought a Martin guitar in the 1970s that he played on his Blood on the Tracks album — closed for good in 2017 after six decades, it was a seed .

Chris Quinn, who launched the predecessor to his Quinn Violins from his high school bedroom 30 years ago, saw a rare opportunity for expansion.

It wasn’t without financial risk for Quinn, who had built a stable four-person stringed instrument and accessories business.

The market for high-end violins for professional musicians and collectors, ranging from tens to hundreds of thousands of dollars, is small and fraught with the risk of losing money for those without very deep pockets and staying power.

Quinn, 48, had previously faced a setback when a high-end violin shop he ran with a musician partner in Nicollet Mall closed in 1998.

“I learned how to make a website,” said Quinn, who moved Violins to a tiny space in southeast Minneapolis with solo entrepreneur Quinn in 1999. “I felt like I had failed. I worked hard trying to turn failures into successes.”

Since then, Quinn has grown online sales to two-thirds of its $1.5 million annual turnover, selling violins, cellos, violas, cases and accessories — as well as repairs. He slowly expanded the exhibition space, including space for rehearsal and performance.

“Customers range from kids buying their first instruments for $500 to $1,000, to instructors and even some professionals paying thousands,” he said. “Some of these customers try eight or ten violins before they decide. We also rent. But no super expensive rarities or antiques.”

Quinn built a decent violin business, but with little room for growth.

“Things were static,” he admitted. “We were still recovering from the 2008/09 economic crisis. And there wasn’t much room to grow.

Quinn, who studied Music and Economics at the University of St. Thomas, enjoys playing the cello and electric bass. He performs occasionally with acoustic guitarist Billy McLaughlin. However, he never pursued the often vagabond life of a professional musician, preferring to concentrate on business.

The married father of two said he made a decent living focusing on violin and enjoyed a flexible schedule. But he also had to expand or he knew his business would collapse.

After Podium closed, Quinn’s entrepreneurial instincts advised him to diversify and expand into the guitar market. He first slowly launched what has become “Fret Central” alongside Quinn Violins in a separate but adjacent room at 1081 21st Av. SE., and online.

“The podium sold a bunch of guitars,” Quinn said. “I’m not reinventing the wheel. If I can’t buy it [for a few hundred to several thousand dollars] and list it on Amazon and list it for a profit, I don’t stock it.”

Quinn sells almost a guitar a day. Brands like Eastman and Guild go for hundreds to a few thousand dollars. He also sells high-end models like the Santa Cruz and McPherson in the $5,000 to $20,000 range. Its retail space will expand to 4,500 square feet this fall, 10 times its 1998 space.

Quinn also had to overcome a financial wall. For years, he had borrowed up to $120,000 in 18 to 25 percent interest-bearing debt from Can Capital and other online lenders to manage cash flow. A friend, also a musician, who works for WomenVenture, the nonprofit business consultant, referred Quinn to the Community Reinvestment Fund (CRF), a US Small Business Administration (SBA) nonbank lender dedicated to small business neighborhood rebuilding concentrated.

CRF loaned Quinn about $350,000, which is 2.75 percent above the bank’s “base rate” of about 5 percent. That gave him breathing room and expansion capital.

“My monthly debt service, including interest and principal, was almost $30,000 on these short-term loans,” he recalled. “It was for less than $5,000. More than $100,000 of the CRF loan went to [retire] old debt and the rest in working capital and expansion of the guitar division.

Because of his small size and “hiccups” in his credit and financial records, he was not eligible for traditional bank loans.

“We saw a 20-year-old company in an unusual space, but because he’s a scrapper… he had built a business and leveraged his online operation heavily. He understands his customers.

“He is not a CPA, but he was very receptive to our guidance and financial reporting requirements. He really understands his cash flow.”

Since accelerating its expansion this year, Fret Central has increased overall sales by up to 20 percent monthly.

Quinn predicts that total sales will double to $3 million by 2020, and “Ultimately, the Fret Central division will get a larger share than the Quinn Violins division…mainly due to the fact that the fret market is so much larger.” than the world of bowed strings.”

Neal St. Anthony has been a business columnist and reporter for the Star Tribune since 1984. He can be contacted at [email protected]