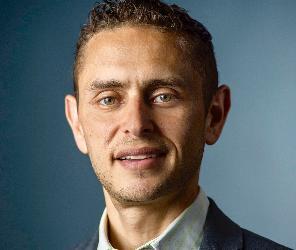 Book by professor of political and legal studies Mark Fathi Massoud, Shari’a, Inshallah: Finding God in Somali Legal Politics, has captured worldwide attention over the past year, earning him a series of literary awards, invitations to speak across Africa, Asia, Europe and America North, and a closed session with resident representatives of the United Nations Development Programme.

Massoud’s book published in 2021traces Somalia’s history and contemporary politics to reveal how Sharia – a system of Islamic religious rules often presented as a tool of extremism or oppression – can advance human rights and promote the state by right.

For example, the book shares stories of Somali women’s rights activists who teach how gender equality is compatible with the principles of Islam. These activists have found that appeals through the lens of Sharia are more effective than those that focus on legal rights under international law. Massoud argued this indicates that international advocacy organizations will need to understand and recognize the role of Islam in order to support human rights efforts in Somalia and other Muslim-majority countries.

“Many Somali women have actually fought religious fundamentalism not by demanding that religion stay out of politics, but by promoting religious interpretations of women’s rights, and they do so because they know that religion is so central to people’s lived experiences,” Massoud said. “And in countries that have experienced European colonialism, many people see legal conceptions like human rights as just another Western imposition, but religious interpretations of social justice resonate.”

Massoud shared the findings of Shari’a, inchallah on the rule of law and gender equality with senior officials, known as resident representatives, of the United Nations Development Program at a meeting last month. The closed session was organized within the framework of gender at worka global feminist network working to end discrimination against women.

Earlier this month, on April 7, Shari’a, inchallah was also awarded the Hart-SLSA Book Prize 2022 from the Socio-Legal Studies Association, which rewards the best book of the year in the field. And in January, Massoud’s book was honored as a finalist for the American Association of Publishers PROSE Award for the best book on government and politics published in 2021.

Massoud says the book’s example of how religion and politics intertwine in East Africa holds lessons for other parts of the globe. In particular, he argues that religious moral authority often helps establish the rule of law, which historically paved the way for many of today’s democracies.

“One of the things I hope people will see in the book is that the rule of law – that concept so fundamental to ensuring thriving democracies – has its roots in religion,” he said. he declares. “Even today, religious faith is an integral part of the underlying politics in America and Somalia, and people invoke religious faith for all kinds of politics, from conservatives to progressives.”

Massoud will discuss these themes of the book and more during a series of four hybrid lectures in May for the University of Oxford. He was chosen to give Oxford Evans–Pritchard Lectureswhich will take place on May 10, 17, 25 and 31 and will be open to the public virtually.

Overall, Massoud said the widespread interest and appreciation for Shari’a, inchallah was an uplifting and moving experience for him.

“I feel so grateful for all the people who have supported me through the process of developing this book, and seeing that kind of recognition just made it all flow,” he said. “It’s really special to have this validation from others, but ultimately the greatest reward is the opportunity through this book to share something meaningful with the world about the powers of faith and law.”

Psychology of Inner Symbols in Spiritual Philosophy (2) – The Sun Nigeria