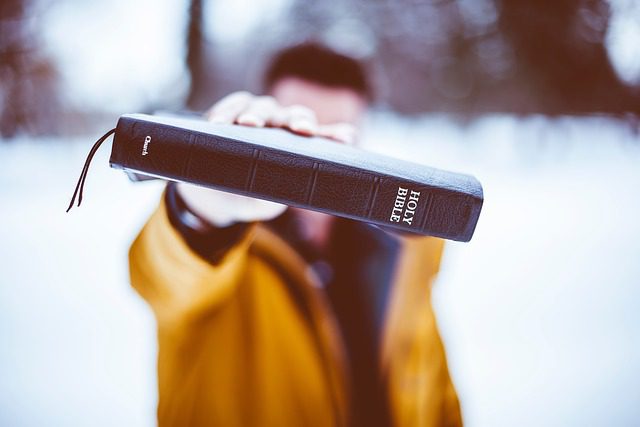 Top stories of the week on paganism and Shintoism:

*=Registration may be required.

UK: Cornwall religious leaders oppose Earth Goddess statue
BBC
Religious leaders in a Cornish town have called for a statue to be removed or its name changed because of its ‘spiritual significance’…

Ireland: Pagan Druids linked to Facebook post targeting Minister Offaly
Offlay live
A photo posted to Facebook of divots arranged to spell the words “F… u Hackett” is linked to a social media page in the name of two Roscommon-based druids…

Strengthened by magic: Christians and nuns explore witchcraft
Religion and politics
“Witchcraft remains heavy for many Christians who explore it. But there is also pride in the enduring reputation of witchcraft as the practice of those who are altered by the mainstream culture because of their gender, sexual identity or their race.”….

“Stealing from Others:” The Continued Plagiarism of Pagan Books
The Wild Hunt
In early August, Mat Auryn tweeted that he had found large parts of his book, Psychic Witch in an independently published book on Amazon titled Awakening Your Witchy Intuition & Psychic Abilities by an author named “Glinda Porter”.…

United States: The Purple Door moves to a new location
Minot Daily News
Local witch Selena Drake moved her metaphysical shop, The Purple Door, to the Allure Studio building on Broadway in February, now the only storefront for Wiccan and Pagan practitioners in the Magic City to purchase the wares and resources for their crafts…

UK: Meet the Witch of Plymouth who is helping to bring the spiritual community together
Plymouth Live
Macy Ivan, 22, runs her own business in Plymouth Market and describes herself as an “eclectic witch”…

Witchcraft helps me cope with anxiety – and it’s cheaper than therapy
She knows
As a person with anxiety and depression, I searched for many different ways to try and find peace, but was ultimately unsuccessful until I plunged deep into witchcraft…

Why were Aleister Crowley and witchcraft so important in the counterculture?
Far
When KISS rose to prominence in the latter half of the 1970s, a rumor circulated that Gene Simmons actually had a cow’s tongue…

Aleister Crowley was even more beastly than we imagined
The Spectator*
His sexual adventures had a very dark side, reveals Phil Baker…

Majority of Japanese show little interest in established religion
Japan today
Compared to 20 or 30 years ago, the number of followers of traditional Shintoism and Buddhism has undergone a considerable decline, a “distancing from religion”, so to speak….

A column of water gushes out of the Hokkaido Shrine
NHK World
Experts suspect a buildup of natural gas underground could be responsible for a vast jet of water gushing from the ground at a shrine in Japan’s northernmost prefecture, Hokkaido…

Lanterns illuminate the shrine in Nara, the former capital of Japan, during an annual ritual
Mainichi
The Shinto ritual “Chugen Mantoro” is held every summer during the Obon holiday in Japan to pray for people’s good health, the well-being of ancestors, and various other wishes…

Prayers for Ukraine at the Yasukuni Shrine on the 77th anniversary of the end of World War II
Japan Striker
Despite the sweltering weather, thousands of people flocked to Yasukuni Shrine to commemorate peace and pay their respects to those who died in past wars…

7,000-year-old ‘Spanish Stonehenge’ emerges as water levels drop
TVI
A summer of heatwaves and the worst drought in decades for rural Spain, has revealed a prehistoric stone circle in a dam whose water line has receded…

5,000-year-old goddess idol discovered in Turkey’s Izmir
Daily Sabah
Believed to represent a plump goddess, the artifact was found in the mound of Yeşilova, the oldest human settlement area in the western province of İzmir where nearly 200 finds are unearthed each year…

Nigeria: the ancient grove where Yoruba traditions are reborn

The Guardian
A centuries-old festival on the banks of the Osun River in Nigeria has seen prayers answered through the ages. Now he faces a modern challenge – pollution…

UK: Stars line up for East Lancs witches world record bid
Lancashire Telegraph
A line-up of stars will be on the hunt for a world-record bid to gather the most witches in one place – in the shadow of Pendle Hill…

Studies suggest that spiritual practices can inspire people to get off the mat and engage
Religious News Service
Criticism of spirituality as inherently selfish may be overstated, according to two new studies that suggest spiritual but non-religious people are civically and politically engaged…

The mysteries of Mithras
The past
Carved scenes of young Mithras slaying a bull have been found across the Roman Empire, providing an image of a god unlike any other deity in the Roman pantheon…

“It’s so foreign, I’ve never heard anything like it”: folk collective Heilung on the recording of the world’s oldest song
The Guardian
Since the German-Nordic group met in a Viking re-enactment society, they aim to “amplify the story” – powered by lavish costumes and known theatrics…

The “witch hunt” of yesterday and today

Malawi: Villagers Destroy Property Worth K5.4 Million on ‘Witchcraft’ Charges
Malawi24
Villagers in Dowa damaged property worth K5.4million, including two maize mills, after accusing the owner of killing a young man by ‘witchcraft’ and keeping him in the corn grinder…

India: 19 women from a tribal village are in prison for “witchcraft murders”
Hindustan time
According to the latest available data from the National Crime Records Bureau, 590 people, mostly women, were killed over allegations of “practicing witchcraft” between 2001 and 2020.

Nigeria: Persecution and Rescue of Witches in Benue State
Nigeria Reviews
Additionally, Western churches and governments are granting public pardons and apologies for their role in persecuting so-called witches centuries ago…

United Kingdom: The dark history of the Highland Witch Trials will be told at the Nairn Museum

The Inverness Mail
As part of the Year of Scottish Stories 2022, the Nairn Museum’s final exhibition of the year will be ‘Isobel Gowdie, The Witch of Auldearn’. The exhibition will run from August 27 to October 31 and will tell the story of Isobel Gowdie and the Highland Witch Trials…

UK: Chester’s dark past revisited with grim tales of ‘frenzy’ witch trials and being ‘hurried’ to death
Cheshire Live
A total of 32 “witches” were executed in Chester at the height of the witch trials in the 1650s and 1660s…