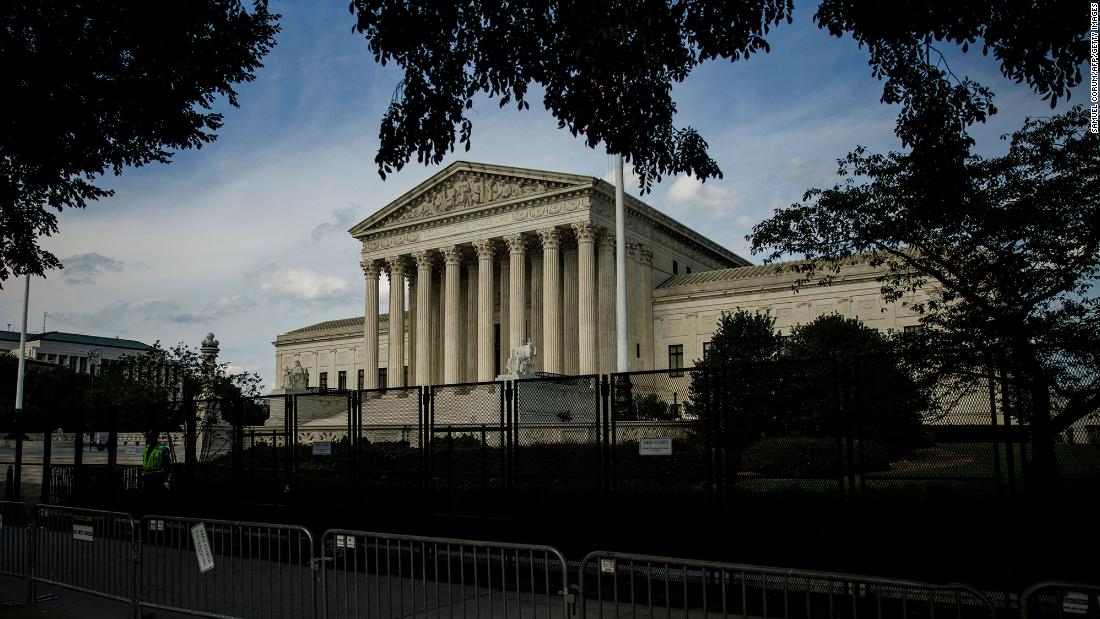 Opinion: Brick by brick, the wall between religion and government is collapsing in America

By Christy C. Dellinger On Jun 29, 2022
Share
“I believe in an America where the separation of church and state is absolute,” the candidate said at a meeting of Protestant ministers in Houston. “I don’t speak for my church on public affairs, and the church doesn’t speak for me.”
Because the current six-person majority of the United States Supreme Court (John Roberts, Clarence Thomas, Samuel Alito, Neil Gorsuch, Brett Kavanaugh and Amy Coney Barrett), all of conservative Catholic background, have expressed interest in historical bases for judicial decisions, it is worth noting that Kennedy’s assertions not only preserved his political viability, but reflected Jeffersonian ideals firmly entrenched in our two-century-old constitutional cosmos.
The court’s decision this week in Kennedy v. Bremerton School District ignores our founding values ​​and shuns decades of its own precedents that enshrined them. Gorsuch’s majority opinion, joined by his five conservative colleagues, ruled that Kennedy, a football coach at a public school in Bremerton, Wash., had a First Amendment right to freedom of speech and religion to kneel and to pray on the 50-meter line after games, surrounded by players and spectators. Allowing it to do so does not violate the Constitution’s prohibition against the establishment of a religion by the state, according to the nation’s highest court.

First Amendment clauses guaranteeing the free exercise of religion and prohibiting its establishment by government have been on a collision course since they entered the U.S. Constitution in 1791. To unravel this conundrum, Supreme Court justices adopted three different approaches:

Strict separation of church and state: This position comes closest to Thomas Jefferson’s vision of a “wall” between government and religion that he adopted in 1802 to explain his agreement with the concept of religious liberty of a Baptist fellowship in Connecticut.
The Supreme Court first adopted the wall metaphor in an 1878 case upholding a federal law against polygamy in the territories. Judge Hugo Black became its most prolific champion, defining it explicitly in a 1947 case where he distinguished between government reimbursement of bus fares to parents of pupils in religious schools and the banning of state aid directly to parochial schools. He applied it in 1962 to overturn the mandatory state-written prayer in public schools. President Kennedy at the time replied that parents could encourage their children to pray at home and in places of worship.
Neutrality towards religion: Adopted as a judicial midpoint between separation and accommodation, Chief Justice Warren Burger developed the “lemon test,” named after the party in a 1971 case that struck down Pennsylvania aid to religious schools . To maintain government neutrality toward religion, a policy had to have a secular purpose, neither advance nor inhibit religion, and avoid excessive entanglement between church and state.
Moderately conservative judges Sandra O’Connor and Anthony Kennedy (no relation to the president or football coach) added two additional elements to neutrality. States’ relationship to religion should neither appear to endorse it nor coerce people, especially students, into participating in it. Applying this test, in 1992 Kennedy canceled the practice of prayers offered by clergy at the start of public schools.
accommodation of religion: Conservative Justices Say Strict Adherence to Separation Approach Violates Free Exercise of Religion. They view the Establishment Clause of the First Amendment as prohibiting the establishment of a state church and the raising of public funds to support it, which the founders knew privileged the official religion over others.

The late Justice Antonin Scalia, one of the leading advocates of religious accommodation, argued in 1994: “Once this Court has abandoned text and history as guides, nothing prevents it from calling tolerance religious the establishment of religion”. The accommodators now represent half a dozen votes in the current Supreme Court.

In each of the four religious cases this quarter, supporting the football coach’s prayer at public school football games, allowing parents to use Maine tuition scholarships for religious school tuition, obliging Texas allowing a spiritual advisor to pray and comfort death row inmates at their executions and siding with a Christian group that wanted to be among the private organizations allowed to fly its flag outside the hotel of Boston, the court took a dovish stance. Arguably, the annulment of Roe v. Wade also reflects triumph from a conservative religious perspective, although judicial standards preclude such admission.

Brick by brick, if not by bulldozer, the wall between religion and government is crumbling. Does it matter? This is the case if the United States still wants to protect not just religion from government, but government from religion.

As the founders feared, when religious faith becomes the guiding force of politics, the historic American experience of creating a pluralistic republic is most threatened. Allowing the greatest religious freedom, within the bounds of high walls between church and state, has spared the United States the kinds of religious wars that have plagued human history and riled modern nations.

President Kennedy’s devotion to the Jeffersonian principle of separating religion and government to promote religious liberty has proven more beneficial to the American regime than will be the desire to host Coach Kennedy’s prayer show at public school football games.

How to destroy a society without war? – Middle East Monitor

Abortion was an ideological and spiritual struggle for the Baptist minister