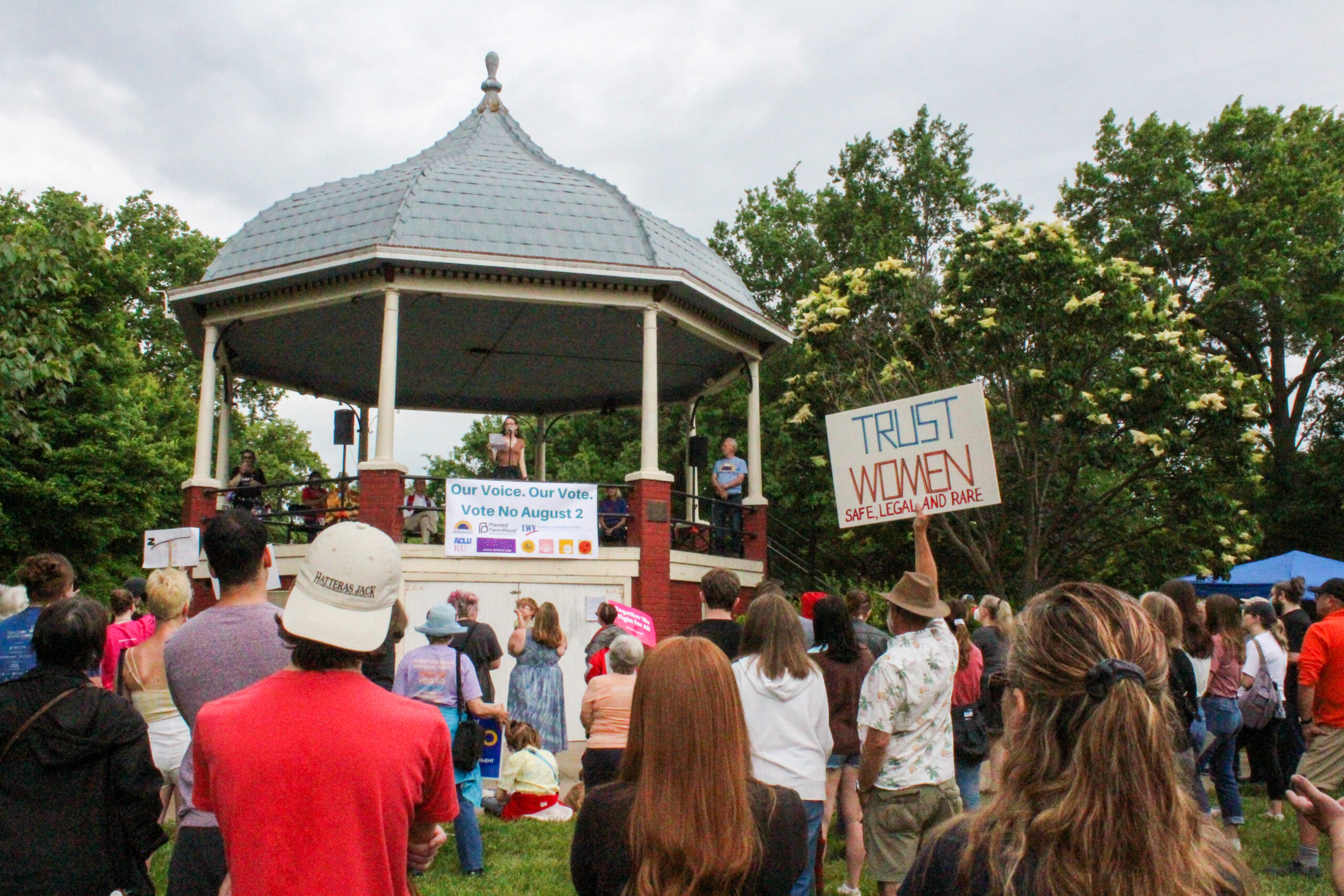 Now is the time to sit down and pay attention, Kansans. What state do we want?

Kansas Reflector welcomes opinion pieces from writers who share our goal of expanding the conversation about how public policy affects the daily lives of people across our state. Laurel Burchfield is the Associate Director of Mainstream Coalition, where she champions common sense politics.

“We strongly believe in the American Way, which represents the separation of religion and state. Naturally, we must live out our beliefs within the political state as private citizens, but we do not attempt to use the political system of the state to impose our belief system on our pluralistic neighbors. – Bob Meneilly to The Village Church, August 15, 1993

A popular phrase found on T-shirts, bumper stickers, and memes reads, “If you’re not mad, then you’re not paying attention.”

Well, everyone I know right now is pissed off as we continue to process recent U.S. Supreme Court rulings – including the assault on reproductive rights with the overturning of Roe v. Wade, the potential dismantling of LGBTQ equality that falls on the pike based on Justice Clarence Thomas’ written agreement and the broadening of the interpretation of the Second Amendment and the relaxation of gun laws immediately after two mass shootings in New York and Texas. And that only scratches the surface of the things we should all be angry about as the court repeatedly violates one of our most fundamental freedoms by breaking down the wall between religion and government.

We are also afraid, because even if the Supreme Court takes this country into new and dangerous territory, we also have a roadmap for what comes next. Let me paint this picture for you:

There is no reason to believe that this conservative court of judges who bring their own religious convictions to the bench will stop hearing and ultimately deciding cases that erode the establishment’s constitutional protection. government of religion.

Are you still angry? Are you paying attention? Because this next part is important.

All politicians will tell you the same thing – Kansans are practical people who want common sense policies for our state. The difference lies in what is considered “common sense”.

Do we want a state where, as Mainstream Coalition founder Bob Meneilly predicted almost 30 years ago, religious extremists dictate what is good for everyone based narrowly on their religious beliefs? Or do we believe in the common sense principles of separation of religion and government and the election of individuals who put the interests of the Kansans before ideology and outside influence?

Now is the time to start asking candidates where they stand on the issues you care about and start holding them accountable for their words and actions.

Through its opinion section, the Kansas Reflector works to amplify the voices of people who are affected by public policies or excluded from public debate. Find information, including how to submit your own review, here.

UP woman accuses man of hiding his religion and living with it for months: police