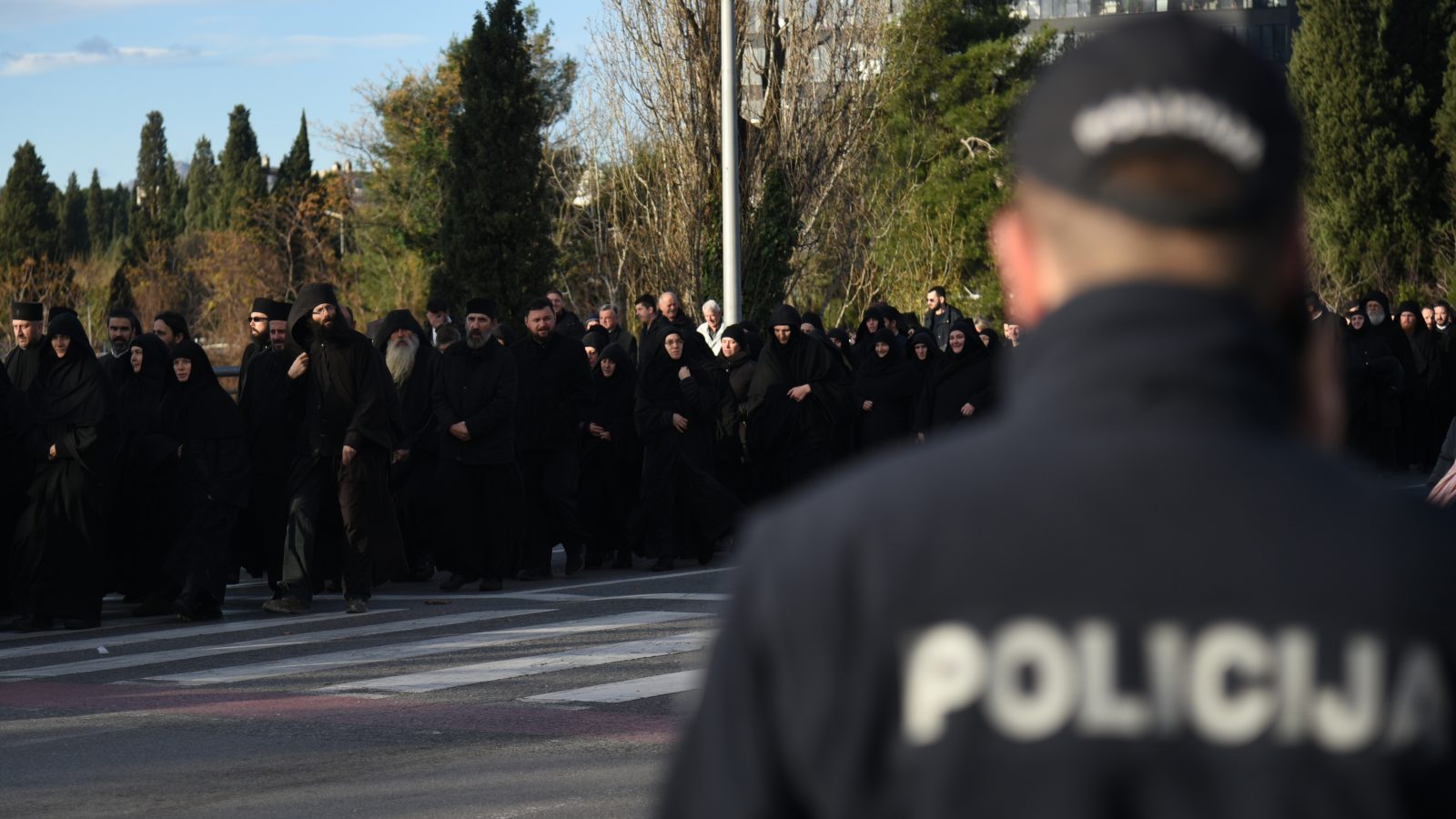 A policeman watches over priests and nuns of the Serbian Orthodox Church in Podgorica, Montenegro, in 2019. Photo: EPA-EFE / BORIS PEJOVIC

The legislative committee of Montenegro’s parliament on Tuesday approved a bill on freedom of religion, the last hurdle before the legislation is debated by lawmakers on Thursday amid fierce objections from the Serbian Orthodox Church, SPC.

Hundreds of Serbian priests and monks demonstrated in front of the parliament ahead of the commission session to demand the bill’s withdrawal.

The bill includes a register of all religious objects and sites which, according to the authorities, once belonged to the independent kingdom of Montenegro before it became part of the Serbian-dominated Kingdom of Serbs, Croats and Slovenes in 1918 as as the precursor of Yugoslavia.

After their protest outside the parliament of Montenegro to demand the withdrawal of a controversial religious law, Serbian Orthodox bishops and priests went to the Church of the Resurrection in Podgorica for a service.

The Parliamentary Legislative Committee is currently discussing the law. pic.twitter.com/9HQKxJZyn6

Under the law, religious communities will be required to provide clear evidence of ownership in order to retain their property, a provision which the SPC says is designed for the government to strip the church of its property.

The government denies having any designs on the assets of the SPC, but pro-Serbian opposition MP Andrija Mandic told MPs they risked curse if they approve the bill.

Justice Minister Zoran Pazin rejected allegations that the bill is discriminatory, telling the committee session: “Curses because of the law are not fair and it is an expression of intolerance.

After the demonstration, the priests held a liturgy at the Church of Christ Resurrection in Podgorica and signed a declaration pledging to defend the church.

“We hope that the deputies will hear the voice of their people and of the priesthood,” said Metropolitan SPC Amfilohije.