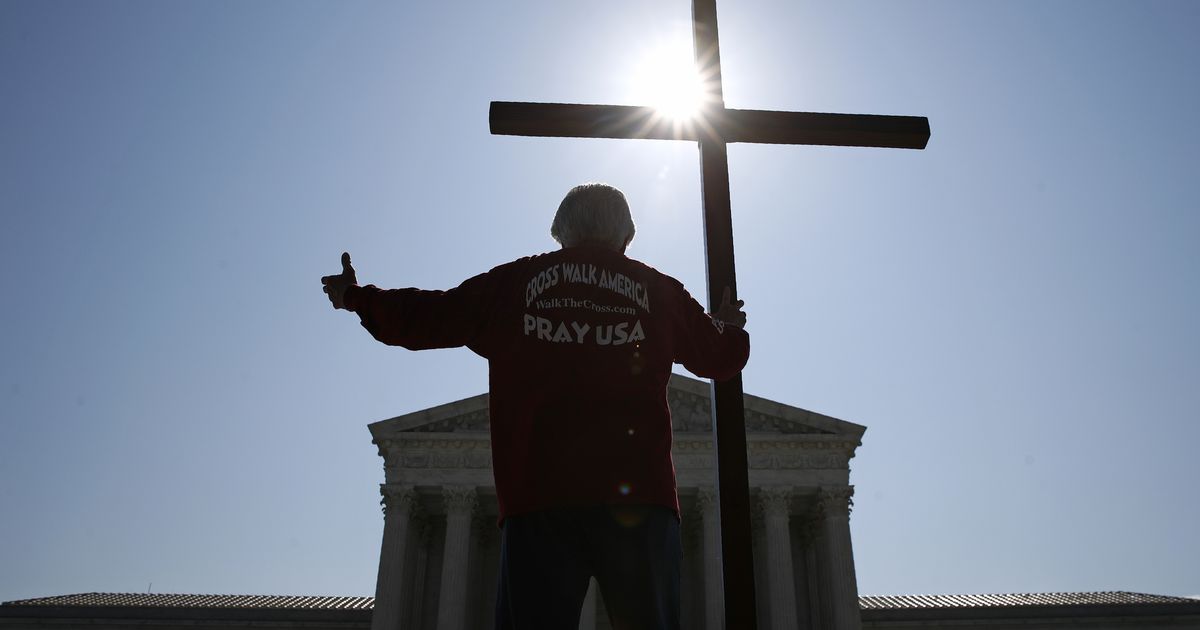 Mixing so-called Christianity with politics is a threat to our democracy, even in Utah

Do they scare you?

Who are these people and what is their movement?

Christian nationalism “is the belief that the American nation is defined by Christianity and that the government should take active steps to make it so,” wrote Paul Miller, a professor at Georgetown University who studies issues such as global politics and security. Christianity today. “…Christian nationalists affirm that America is and must remain a ‘Christian nation’ – not merely as an observation on American history, but as a prescriptive program for what America must continue to be. ‘coming.”

These adherents, Miller added, “do not reject the First Amendment or advocate for theocracy, but they do believe that Christianity should enjoy a privileged position in the public square.”

The insistence on this “privileged position” and this “normative agenda” is what freaks out the mud that cleans the national shovel.

It’s one thing to believe in God, to pray, to be devout, to talk about that faith. Lots of politicians do it and do it. It is quite another when government leaders zealously and specifically inject Christian prayer into the public space, and especially when they speak not but for God and his supposed wishes for the American masses. When politicians politicize prayer and faith, seeking to make it part of the law of the land for all Americans, it rings alarm bells for anyone who loves a free society.

This statement does not come from me, it comes from people who understand good government much better than I do. And yet, it’s happening right in front of us, on the far right of the madness.

Here is a famous quote. See what you think.

“Building the ‘wall of separation between church and state’…is absolutely essential in a free society.”

Do you know who said that? Thomas Jefferson.

He also said, “History, I believe, furnishes no example of a people of priests maintaining a free civil government. It is the lowest degree of ignorance that their civil and religious leaders will always avail themselves of for their own ends.

(White House Historical Association) Portrait of President Thomas Jefferson by Rembrandt Peale dated 1800. “To erect the ‘wall of separation between church and state,'” Jefferson said, “…is absolutely essential in a society free.”

“The government of the United States is in no way based on the Christian religion.”

Do you know who said that? John Adams.

“Notice me, if and when these preachers take over the [Republican] gone, and they sure are trying to do it, it’s going to be a fucking terrible problem. Frankly, these people scare me. Politics and government require compromise. But these Christians believe they are acting in the name of God, so they cannot and will not compromise. I know, I tried to take care of them.

Do you know who said that? Barry Goldwater.

“We do not tolerate anyone in our ranks who attacks the ideas of Christianity. Our movement is Christian.

Do you know who said that? Adolf Hitler – even as he was about to destroy this very thing.

And yet what we see too often among some in positions of government power are self-proclaimed die-hard Christians, who seem to have ignored some of the basic tenets of what Christ taught, who make bold attempts to gather their ideas. of religion and their ideas about politics.

But I’m not going for that fuss. Do you?

Under no circumstances should a Christian impose his beliefs on people of other faiths or on people without faith. We have too many in Utah, where The Church of Jesus Christ of Latter-day Saints wields so much political power. She and her followers should teach to their heart’s content the rudiments of their religion to those who choose to believe. Preach, all day, within the walls of their own cathedrals, to their own people and to future believers. Have it. But keep behavioral specifics out of the halls of government.

Apart from standards of civil decency, they should not have the legislative power to dictate to all citizens, those who do not share their religious beliefs, these specific ideals, and enforce them by law.

It’s anti-American. Is this idea naïve? It must be well understood.

And I’m a Mormon, or whatever we call ourselves these days.

My church is (sometimes) good for me. It’s not necessarily good for my neighbor who doesn’t worship among the Latter-day Saints, doesn’t belong to my church or believe in it, doesn’t want to be held to its standards.

When Christian nationalists and the like begin to stuff their interpretations of God’s will down the throats of citizens who think differently, who believe differently, who hope to live their lives according to their own fundamental views, the “free society” of Jefferson is eroding in ways contrary to what the United States was meant to be built on.

It is remarkable, indeed, that a significant number of Americans now yearn and want to cling to the imposed religious dogma that the founding of this country was designed to avoid.

For those who are spreading, eroding, a favorite method of solidifying this established version of Christianity, mixed as it is with conservative politics, praying loud and clear in the public square, shouting these prayers, not at the heaven, but to the heathen, or, translated, to people who do not think or vote as they do.

Even Ronald Reagan, a conservative, God-fearing president, understood this, having said, “We are not establishing any religion in this country. We do not order any worship. We don’t impose any beliefs, and we never will. Church and State are and must remain separate. … We were founded as a nation open to people of all faiths. … Our very unity has been strengthened by our pluralism.

One last quote. See what you think.

“And when you pray, you will not be like the hypocrites: for they like to pray standing in the synagogues and on the corners of the streets, in order to be seen by men. Verily I say unto you, they have their reward.

Do you know who said that? You do.

Praise Jesus. Or not.

Manipulation of Nigerian Religion and Politics