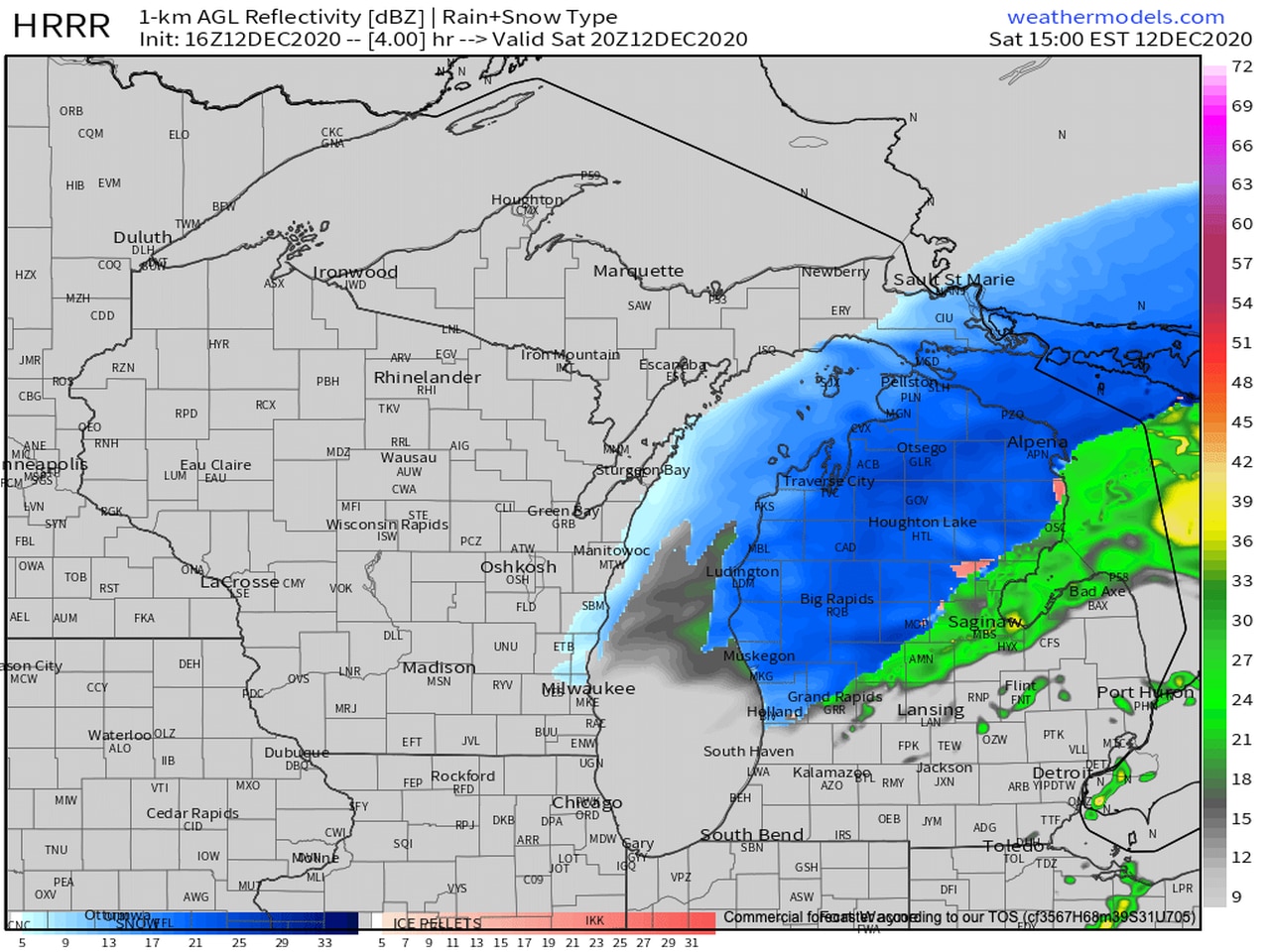 Michigan afternoon weather update: Snow piles up in the Northeast, rain ends in the South

The storm system continues to move at a steady rate, but several inches of snow are yet to fall over northern Lower Michigan. In Southern Lower, the mud-making rain will come to an end.

Two to six inches of snow has fallen across northern Lower Michigan so far. This screenshot of the radar at 11:30 gives you a good sense of where the rain-snow line has been all night and this morning. It was pretty much a stationary rain-snow line oriented southwest to northeast from Big Rapids to Gladwin.

Here is the radar prediction from our best short-term computer model. It shows the areas of precipitation moving along.

Intermittent heavy snow will continue throughout the northern half of Lower Michigan through this afternoon. The trailing edge of the snow and the end of the snow will be moving west to east between 5pm and 7pm tonight. In Southern Lower the rain will gradually end this afternoon.

Isolated lake-effect snowbursts may develop over the southwest corner of Lower Michigan, just near the coast, tonight. There could be patchy areas of an inch or two of snow. Otherwise, southern Lower Michigan should only expect a burst of snow or two that doesn’t accumulate.