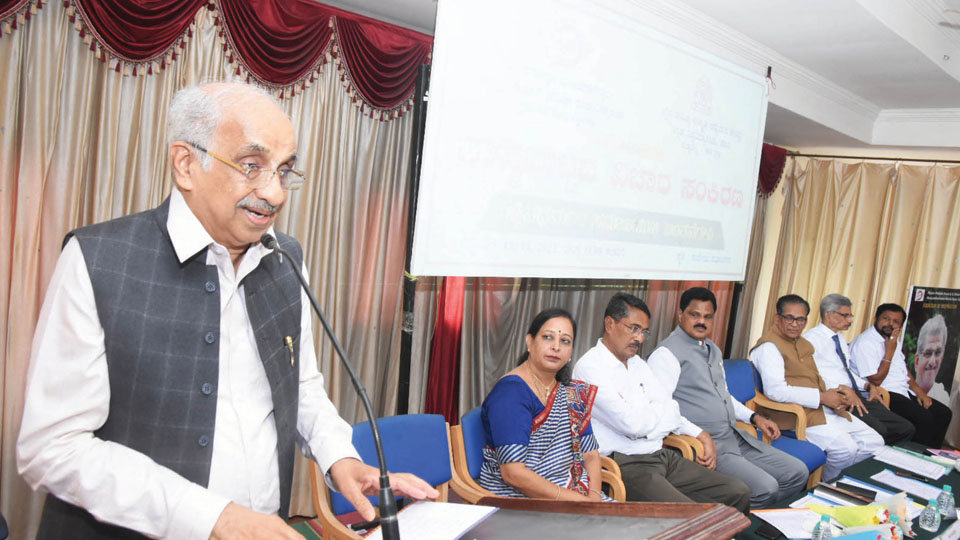 Mysore/Mysore: Sri Dharmasthala Manjunatheshwara (SDM) Vice President of Educational Institutions D. Surendra Kumar said that a memorial for the Jain Queen Rani Chennabhairadevi will be built at the upcoming theme park near Karwar, the headquarters of Uttara Kannada district. He was speaking after the inauguration of the two-day national seminar on “Jain Religion: Pro-Social Thoughts” organized on Monday by Center for Jain Literature Studies, Hampi Kannada University and SDM Women’s College, Mysuru , at SDM Women’s College, Krishnamurthypuram.

Stressing that Rani Chennabhairadevi from Gerusoppa was a great warrior who repelled the Portuguese invasion, Surendra Kumar regretted that the queen did not receive her due. As such, Dharmasthala Dharmadhikari Dr. Veerendra Heggade, who is now an RS MP, had requested from the government an area of ​​10 acres for the construction of her memorial. Now the government has sanctioned the land and the memorial will be erected at the theme park near Karwar, he said, adding that the memorial will feature the Queen’s life and brave deeds, photographs, literature and documentaries.

Noting that much of the Jain religion is focused on pro-social thoughts, Surendra Kumar said the religion strongly advocates non-violence. Religion is centered on the idea of ​​living and letting others live, he added.

The Vice Chancellor of Hampi Kannada University, Dr SC Ramesh, who presided, said the Jain religion had made a huge contribution to the country.

Arguing that Jain literature is full of social thoughts, human values ​​and life stories, he said it is important to read it. The essence of all other religions is also the same as that offered in Jain literature, he added.

Kannada Advisory Board Member of Kendra Sahitya Academy Dr. Padmini Nagaraj said that the preaching of the Jain religion is not limited to the Jain faith. Stressing the need to maintain peace and harmony between communities, she said it was important for everyone to lead a harmonious life at this critical time.

The Seminar will end today, with the farewell at 4 p.m.