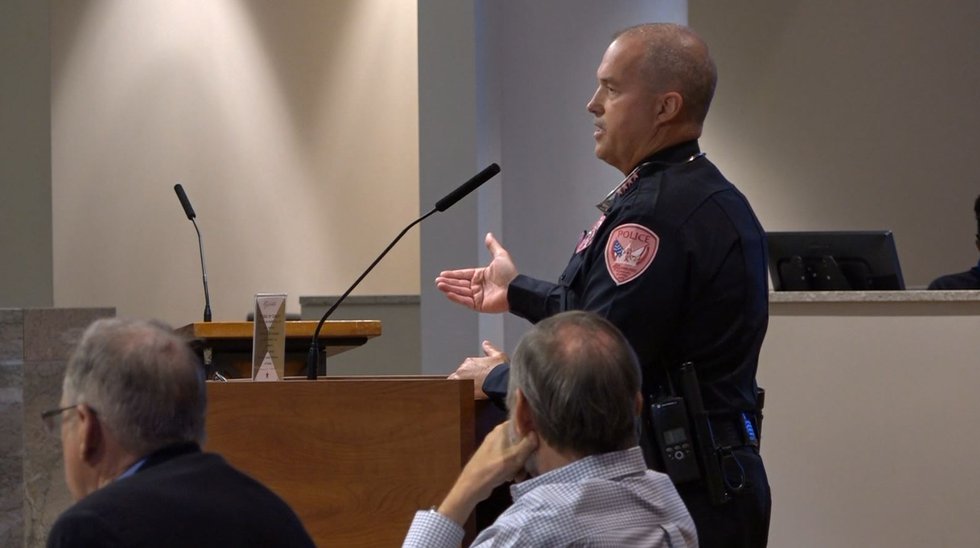 TALLAHASSEE, Fla. (WCTV) – Local activists demand that the Tallahassee Police Chief be removed from his post.

These activists held a press conference on Thursday, demanding that Mayor Dailey denounce Revell’s behavior and remove him.

Members of the Tallahassee Community Action Committee, the Florida Coalition for Transgender Liberation and several other groups gathered Thursday morning to denounce the actions of Chief Revell.

they criticized him not only for speaking at the religious event that supports homophobic policies, but also for using his public position as police chief to promote Christianity within the forces of the order.

“He is not allowed to promote any religion in the police department,” said Barbara DeVane of the Tallahassee National Organization for Women.

“I am horrified to learn of Police Chief Revell’s involvement with the Evangelical Association Billy Graham,” said Rev. Holly Brown, of the Tallahassee Unitarian Universalist Church.

In an audio recording of his speech, obtained by ourtallahassee.com, Revell suggested that the police should promote his faith at work.

“What is your program for presenting the gospel of Jesus Christ to your officers? DeVane asked.

The Tallahassee City Commission asked Revell about his speech on Wednesday evening.

“Are you proselytizing at work and trying to convert someone at work?” asked City Councilor Curtis Richardson.

Revell responded by saying he was not on duty.

“When I’m not on duty, am I still the chief of police? Asked Chief Revell.

The event was a paid speech.

In an interview with WCTV on Tuesday, Revell said he was entitled to his own beliefs.

“I have my personal beliefs, I have a right to them as everyone is entitled to their beliefs, and what I do outside of my working hours is just that. This is what I do off-duty.

Chief Revell is expected to attend a public meeting next Monday with the city’s LGBTQ + advisory council.

Activists are encouraging the public to attend and speak out against Revell’s actions.

Our Lord demands both love and correct doctrine | Religion