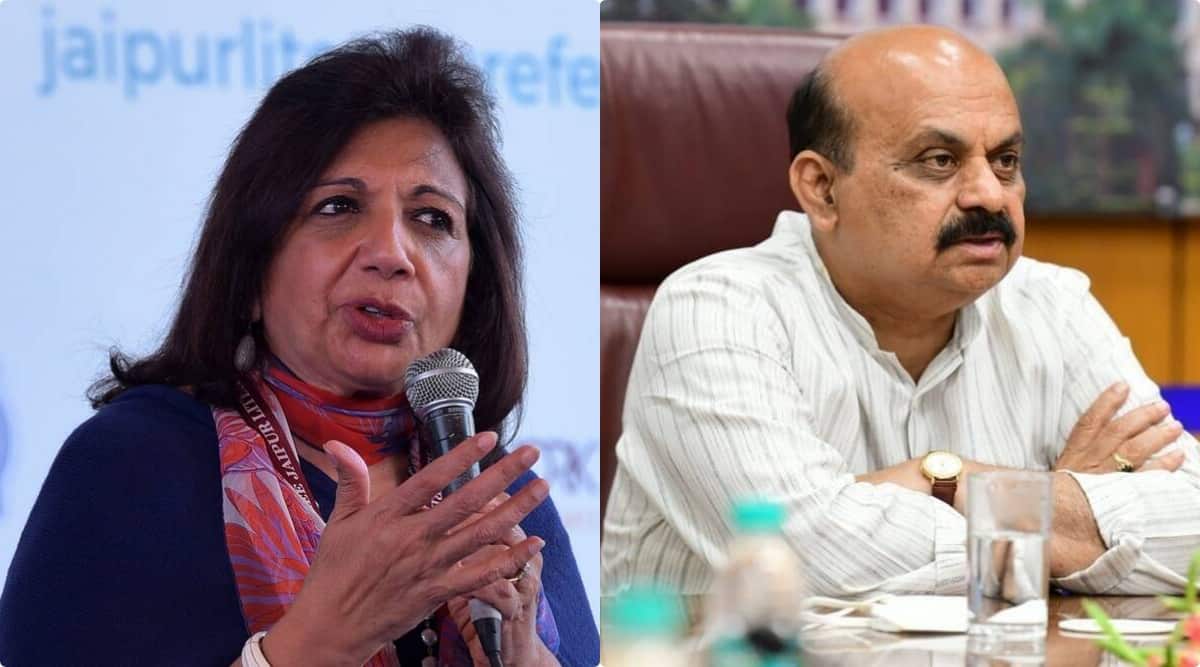 IN THE first major corporate voice raising concerns in India’s tech capital about efforts by hardline Hindu groups to keep Muslim traders away from Karnataka’s temple festivals, Kiran Mazumdar-Shaw, executive chairman of Biocon Ltd, urged Chief Minister Basavaraj Bommai to address the “growing religious divide” in the state. She warned that the country’s “global leadership” in technology and biotechnology was at stake.

Karnataka has always forged inclusive economic development and we must not allow such community exclusion. If ITBT became community-based, it would destroy our global leadership. @BSBommai please resolve this growing religious divide🙏 https://t.co/0PINcbUtwG

“Karnataka has always forged inclusive economic development and we must not allow such community exclusion – if IT/BT becomes community-based it will destroy our global leadership,” wrote Shaw, who leads Asia’s leading biopharmaceutical company.

In the tweet, she tagged Bommai and said, “Please resolve this growing religious divide.”

In a subsequent tweet, she posted, “Our CM is a very progressive leader. I’m sure he will solve this problem soon.

The Indian Express had reported how the campaign to blacklist Muslim vendors had spread to several temple towns, shutting down many local businesses. Several temple committees organizing the festivals have expressed dismay at the restrictions and say they damage long-standing social relationships. The restrictions come after the hijab ban in government colleges in the state was upheld by the High Court.

The report quotes the head of the management committee of the Durgaparameshwari temple, which is believed to have been built by a Muslim merchant, as saying that he had rejected the VHP’s request to prevent Muslim merchants from entering, but that they had themselves distant because of the line.

Over the past few weeks, groups like VHP and Bajrang Dal have sought to impose bans on Muslim traders at the temple festivals in Dakshina Kannada and Shivamogga.

The Karnataka government, in an official statement to the state legislature this week, said restrictions on non-Hindus doing business on temple premises are in line with a rule introduced in 2002 under the Karnataka Hindu Religious Institutions and Charitable Endowments Act 1997. This ruler, say many sellers, was armed to drive them away.

The state said it would take steps to ensure that such restrictions on Muslim traders are not imposed outside the temple premises in public spaces.

FAITH MATTERS: Don’t be afraid to tell the truth

Students with religious exemptions banned from dormitory starting this summer