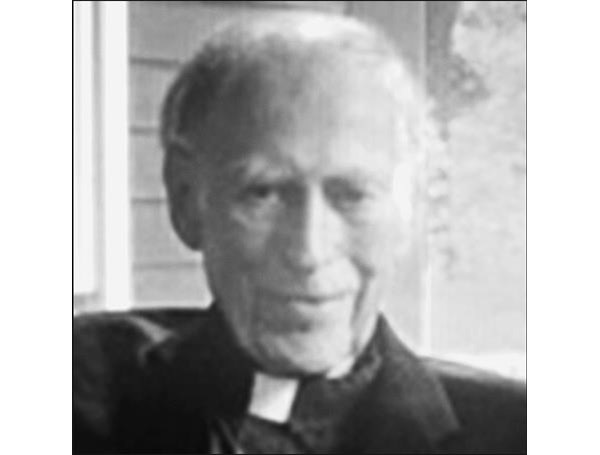 His story-rich life is celebrated by his wife Lauretta, his three sons Marcus, Matthew and David, his daughter Elisabeth and eight grandchildren, James, Natalie, Meredith, Elizabeth, Victoria, Henry, Lukas and Nicholas. Born along the railroad in the small town of Dawson, Pa. Just outside Pittsburgh, the Bishop was the second youngest of nine children. His childhood consisted of swimming in the river, making rafts and jumping freight trains. Losing his father at the age of three, the bishop knew that one day his life would be centered on always being there for his family and children.

At the age of 17, the bishop enlisted for two years in the United States Marines. As a sniper, the Bishop served in World War II. After his release, the bishop received a football scholarship to play football for West Virginia before eventually earning his bachelor’s degree from Washington and Jefferson. During his studies, the Bishop worked for the Baltimore & Ohio Railroad when he met his beautiful wife Lauretta. Together they moved to Boston where they both attended Boston University and the bishop obtained his master’s degree in divinity. He then obtained a doctorate. in Old Testament Theology from the University of St. Andrews, Scotland.

The bishop’s first post in the Church was as Assistant Minister at Trinity Episcopal Church in Copley Square, Boston. He was professor of religion at Wellesley College and Gordon Conwell Seminary. He became rector of St. Paul’s Parish in Brockton in 1975.

In 1976, the bishop established the Evening School for Christian Studies in St. Paul’s Parish, the first such school at parish level in the diocese. Drawing on professors from Boston College, Boston University and Gordon-Conwell Seminary, where he had taught, the courses covered Bible studies, New Testament history, and Christian thought on current moral issues. . From the study and prayer flowing from the evening school, the bishop established St. Paul’s Kitchen in 1982. Over its 14-year history, the kitchen has served over 2.2 million meals, 6 days a week, to the hungry people of Brockton. It involved volunteers from all faiths in the region.

In 1988, through a bequest from an Irish-American benefactor to the Church of our Savior, Milton, the Bishop designed an innovative conference in the United States for dialogue among Christian leaders from Ireland’s four major faiths. North. Returning to the United States in 1993, the unprecedented dialogue between the prelates, believed to be impossible in the North Island, sparked new thinking among the prelates which, in turn, triggered changes that have resulted in the historic Good Friday Agreements of 1998, ending the era of violence in northern Ireland.

The bishop was an example in serving both his faith and his family. He never missed a sporting or school event for his children, instilling in them a permanent sense of commitment and loyalty. His later years have earned him many trips with his children and the same sense of devotion to his grandchildren. For most of the past decade, Bishop has been able to be seen at baseball games and school events for his two youngest grandchildren. He never stopped.

The bishop ended his life on earth with a trip to St. Moritz, Switzerland, last August with his sons and grandsons, and attending an episcopal conference in Atlanta, Georgia, there at barely three weeks. He preached his last sermon thirteen days before going to heaven, working to the end. But his work on earth is now complete, and he is finally home. His legacy of humility, hard work, courage, perseverance, loyalty and commitment to God will be proudly carried on by his wife, children and grandchildren. Please join us in celebrating a truly remarkable man with an extraordinary life.

Visitations will be held at Conley Funeral Home, 138 Belmont Street, (Rte. 123), BROCKTON, on Friday October 29 from 5 to 7 pm. Funeral service at St. Paul Parish, 701 Pleasant Street, Brockton, Saturday, October 30, 10:30 a.m., followed by interment at Milton Cemetery, 211 Center Street, Milton. Immediately after the funeral, a reception will be held from approximately 1:00 p.m. to 4:00 p.m. at the Marriott Quincy, 1000 Marriott Drive, Quincy.

For condolences and directions, visit www.conleyfuneralhome.com or on Facebook at the Conley Funeral & Cremation Service.

A gay music teacher got married. The Brooklyn Diocese fired him.