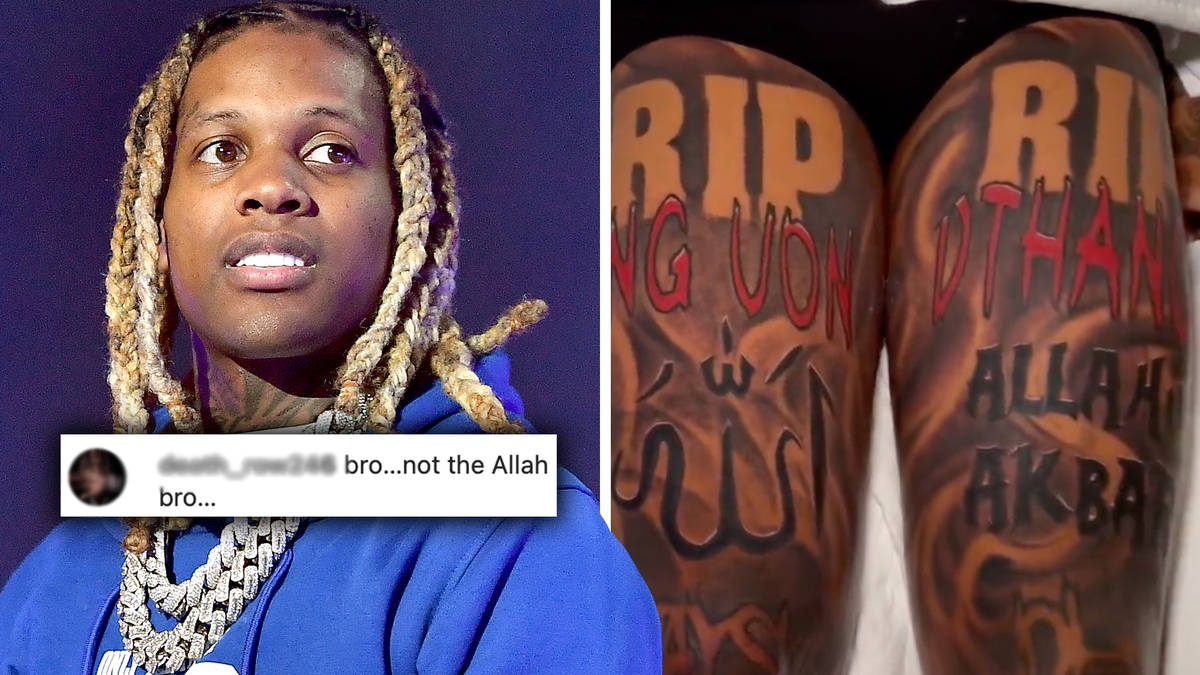 The rapper’s “Allahu Akbar” tattoo has sparked controversy as many fans claim it is “haram” and goes against the Muslim religion.

While many fans admired her new set of tattoos, others questioned them. One in particular that caused a stir on social media was Durk’s tattoo of a powerful Muslim statement on his legs.

But, is Lil Durk a Muslim? Here’s everything we know about the rapper and his religion…

Durk also had a skull all over his back. He also got a crossed-out rat tattoo that reads “No snitches allowed.”

According to her tattoo artist, Gangatattoo, her entire back session lasted 8 hours.

The new tattoos come shortly after Durk showed off a piece featuring his fiancée India Royale.