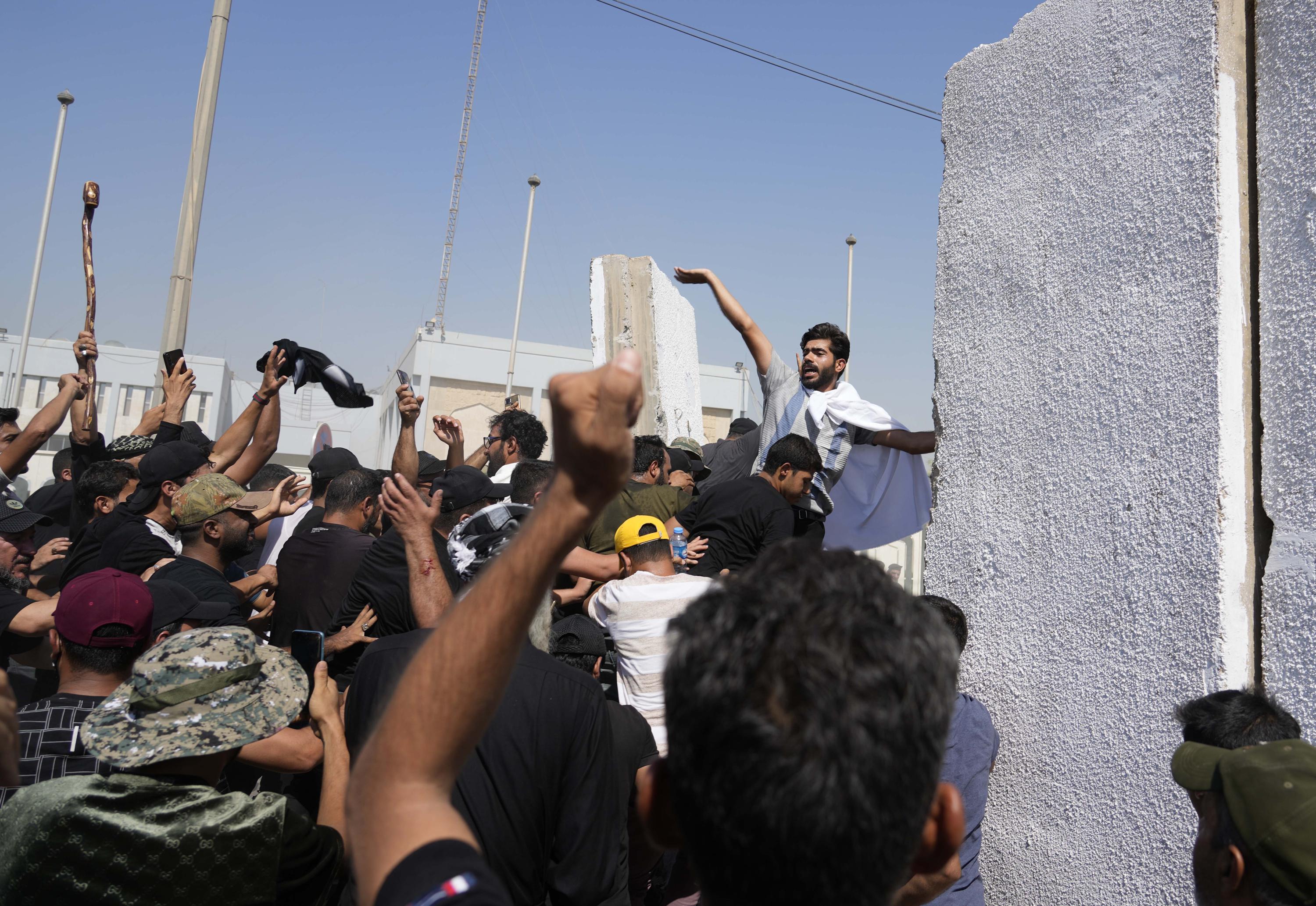 BAGHDAD (AP) — A hugely influential Shia cleric announced he would step down from Iraqi politics on Monday and his angry supporters stormed the government palace in response, raising fears violence could erupt in a country already in the grip of its worst political crisis in years.

Iraq’s government has been deadlocked since the party of cleric Muqtada al-Sadr won the largest share of seats in October’s parliamentary elections, but not enough to secure a majority government. He refused to negotiate with Shiite rivals backed by Iran to form a consensus government.

In July, his supporters stormed into parliament to dissuade al-Sadr’s rivals from forming a government and have been staging a sit-in outside the building for more than four weeks. His bloc also resigned from parliament.

It is not the first time that al-Sadr, who has called for a snap election and the dissolution of parliament, has announced his retirement from politics – and many have dismissed the latest move as another bluff to win over weight against rivals in a worsening stalemate. The cleric has used the tactic on previous occasions when political developments did not go his way.

But many fear it is a risky gamble and worry about its impact on Iraq’s fragile political climate.

On Monday, hundreds of people tore down the cement barriers outside the Republican Palace with ropes and broke through the palace gates. Many rushed to the palatial salons and marble halls of the palace, a key meeting place for Iraqi heads of state and foreign dignitaries.

The Iraqi military promptly announced a citywide curfew on Monday in hopes of calming rising tensions and averting the possibility of clashes. He called on the cleric’s supporters to immediately withdraw from the heavily fortified government area and exercise restraint “to avoid clashes or Iraqi bloodshed”, according to a statement.

The cleric announced his retirement from politics in a tweet and ordered the closure of his party’s offices. Religious and cultural institutions will remain open.

Al-Sadr’s move on Monday appears to be a reaction to the retirement of Shiite spiritual leader Ayatollah Kadhim al-Haeri, who counts many of al-Sadr’s supporters among his supporters. A day earlier, al-Haeri announced he would step down as a religious authority and called on his followers to pledge allegiance to Iranian Ayatollah Ali Khamenei, rather than the Shiite spiritual center in Iraq’s holy city of Najaf.

This decision was a blow for al-Sadr. In his statement, he said al-Haeri’s resignation “was not of his own volition”.

“Women will talk more about sex, death and religion than money.” Tori Dunlap wants women to get the same financial respect as men.