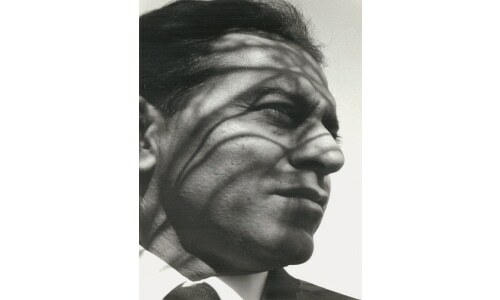 He had an unshakeable belief in the trinity of “language, culture and literature”. True, he had inherited a belief system from his ancestors and, as his last rites showed, he was a practicing Hindu, but he did not let his faith invade his writings and speeches in Urdu.

This act was subversive in its very nature. Since the colonial period, we have been accustomed to nurturing a single identity constituted by the dyad of language and religion, but Gopi Chand Narang has dared to get rid of it and embrace an “aesthetic trinity”.

Aesthetics transcended all ideologies, including religious ones, in Narang’s vast body of work. His argument on the spread of Urdu as a harbinger of secular culture was based on the recognition of the true spirits of Indian Islam and Hinduism which naturally permeated the idioms, metaphors, allusions and aphorisms of the Urdu language and the genres, themes and poetics of Urdu. Literature.

This was not just an empty political admission, as many writers, politicians and peace activists in Pakistan and India have repeatedly made; it was an insight unearthed by Narang’s rigorous research into the medieval period of Urdu and its important genres such as ghazal and masnavi.

Gopi Chand Narang, who passed away on June 15, was a towering scholar who never ceased to reiterate the secular, tolerant, inclusive and assimilative character of Urdu until his last breath.

But although central, it is a small episode in the intellectual journey of the imposing critic, writer and outstanding speaker who, at the age of 91, died at his son’s home in the United States on June 15 after a brief illness.

A quick look at biographical details can shed light on how the core values ​​of his writings were formed. According to official records, Narang was born on January 1, 1931, into a Hindu family based in Layyah, Duki, Balochistan, where his father, Dharam Chand Narang, was appointed treasurer in the tax department.

The child grew up in nomadic conditions, changing schools each time his father was transferred. Although a native speaker of Seraiki, living in Musa Khel, Layyah, Pishin and Quetta exposed him to various linguistics and listing his familiarity and fluency in languages ​​would include Punjabi, Balochi and Pashto along with l Urdu, Hindi, English, Persian and Sanskrit. This must have instilled in him values ​​of tolerance and pluralism and shaped his literary and intellectual growth.

In 1947 Narang emigrated to Delhi, earning his bachelor’s degree in 1950 and his master’s degree in 1954. The early days were difficult as he came alone – his parents joined him later – and he lived in shabby huts built for poor and displaced people.

At Delhi College, Narang met Khawaja Ahmad Farooqi, the one person he considered a mentor. In Khawaja Ahmed Farooqi Ke Khatoot, Gopi Chand Narang Ke Naam [Khawaja Ahmed Farooqi’s Letters to Gopi Chand Narang], he admits to following Farooqi to learn not only the language, literary taste and manners of academic writing, but also a sense of literary history and insight into the pluralistic approach of Urdu writers over centuries. Farooqi also encouraged Narang to pursue serious academic writing.

Although Narang had written in Urdu before partition, publishing some short stories in Balochistan Samachaar, his decision to choose Urdu for his higher education, career and medium was significant in the context of the explosive nationalist politics of the time. Urdu was mischievously portrayed as a divisive language and for a Hindu to prefer it over Hindi was unimaginable.

But Narang reiterated that he fell in love with Urdu and once said that his mentor, Farooqi, believed Urdu had always been an amalgamation of Hindu and Muslim cultural values. Historically, therefore, associating the language with a single religion was unjustified.

Narang believed that the chasm of hatred between Muslims and Hindus, created by the division, could be bridged to some extent by reinterpreting and reinforcing these values ​​and hence wrote “Urdu Adab Mein Ittehad Pasandi Ke Rujaanhaat” [Trends of Unity in Urdu Literature] for the Bombay-based magazine Nawa-i-Adab in the 1950s.

His PhD thesis was Urdu Adab Ka Saqaafti Mutaalia [A Cultural Study of Urdu Literature]. Interestingly, in his first book, Hindustani Qisson Say Maakhooz Urdu Masnavian of 1961, he traced – as the title translates to – those Indian tales and myths which had been adapted by Urdu Masnavi poets.

Revealing that poets from the Deccan, Delhi and Lucknow generously borrowed stories from the Mahabharata, Ramayana, Panchatantra, Kathasaritsagara and other Hindu religious works, Narang’s book rekindled interest in masnavi and also encouraged the re-emergence of Indo-Islamic individuality which colonial historiography had erased from the memory of Urdu speakers.

In his book on masnavi, Narang limited himself to digging into facts. But in Urdu Ghazal Aur Hindustani Zehn-o-Tehzeeb [Urdu Ghazal and the Hindustani Mind and Culture]he took a leap forward by theorizing that although Indian civilization had, over the course of several centuries, exhibited a quintessential triad of characteristics – assimilation, unity in diversity and harmony – it was Urdu language and literature who specifically embodied assimilative cultural traits.

Comparing written Urdu in post-partition Pakistan and India, it is clear that both sides were heavily influenced by their respective nationalist ideologies. In Pakistan, Urdu has been decisive in the construction of a religious identity; in India it was seen as crucial in building secular individuality. Narang continued to reiterate the secular, tolerant, inclusive and assimilative character of Urdu until his last breath.

Narang’s research and critical efforts were rooted in “language.” Very early in Delhi, he had realized the power of a language in subverting political agendas, as well as its academic, philosophical, semantic and critical value. All the major events of his intellectual career have been marked by the awareness and exploration of the cultural, semantic and aesthetic treasures of the language in general, and of Urdu in particular.

Initially, he was interested in the technical and cultural aspects of Urdu, seeking to disentangle its phonological, morphological and orthographic particularities on the one hand and, on the other hand, to understand how Urdu embodied Ganga- Jamuni. [Indo-Muslim] Culture.

This academic interest turned into a literary/intellectual odyssey. It can be said that Narang came to literary criticism a bit later, after an in-depth study of linguistics, classical literatures of Urdu and Persian culture and common Hindustania.

At first, the stylistic captures his attention. Although entirely based on the principles of general linguistics, stylistics studies the phonology, morphology, syntax and semantics of a literary text, while the school of formalism is concerned with form.

From the 1960s to the 1980s in India, these two schools of criticism ruled Urdu scholarship. Usloobiyat-i-Mir of Narang [A Stylistic Study of Mir] appeared in 1984 and contained many ideas on the stylistic approach, the orality of medieval Hindu-Islamic culture and the linguistic peculiarities of Mir which earned him the title of Khuda-i-Sukhan [god of poetry].

Elaborating on Mir’s penchant for the word “baatein” [speech], Narang thought he was referring to the then overwhelming profusion of oral culture. Mir was unable to experience the power of the printed word because his Divan was published a year after his death. So baatein — with its semantic imperatives like bolna [to speak]sunna [to hear]pukarna [to call]sar dhuna [to enjoy] and the abundant use of ordinary, everyday language – became an overriding principle in his poetry.

Narang’s stylistic approach extended to his analysis of Mir Anis and Allama Muhammad Iqbal in Adabi Tanqeed Aur Usloobiyat [Literary Criticism and Stylistics]. Believing that in many places phonological and morphological analysis turns into a purely technical, mathematical dissertation, he turns first to a semantic, then philosophical, study of literary language.

Saaneha-i-Karbala Bataur Sheri Isteara [The Tragedy of Karbala as a Poetic Metaphor] is an excellent follow-up to how a historical tragedy has ingrained itself in the imagination of generations of Urdu poets over at least four centuries. Narang showed the convoluted process in which a concrete, historical moment became a timeless metaphor, quoting a myriad of verses from early marsiya poets [lamentation].

Narang argued that metaphorical meanings are rooted in real and imagined worlds. Metaphors give literary texts a multiplicity of meanings, as well as stick them to real life, social, psychological and aesthetic. His writings from the early 1980s demonstrate the interpretative potential of the notion of metaphor and skilfully interpret short stories by Rajinder Singh Bedi, Intizar Husain, Balraj Menra and Surendra Prakash in light of religious, cultural and political myths.

By the late 1980s, however, Narang concluded that the literary modernity practiced by the Urdu poets and fiction writers of the 1960s, 70s and 80s, and the critical tools, including formalism and stylistics, had been completed by an explosion of new critical theories and the emergence of neoliberalism and globalization. Modernism was over, he declared.

His critical position took a leap into postmodernism. He has written books defending the subject, published articles in prestigious magazines and lectured at universities in Pakistan and India. He rose to fame in the literary world and won numerous awards including the Padma Bhusha, India’s third highest civilian award.

He said the themes of absurdity, nonsense and loneliness peddled by modern short story writers and poets were out of fashion and abstract literature and symbolism had been replaced by neorealism. . “The plot is back” became the mainstay of his belief, impacting new writers.

Narang’s works over the past three decades have cultivated a notion of “local, indigenous, specific to Urdu postmodernism”. To Sakhtiaat, Pas-i-Sakhtiyaat Aur Mashriqi Sheriyaat [Structuralism, Post-structuralism and Eastern Poetics] – perhaps his most famous but most controversial book – it juxtaposed Western theories of language with Eastern ones.

He explained that the Western notion that “rules, manners and conventions of speech are neither natural nor logical, rather conventional” was first voiced in the Buddhist notion of Apoha, particularly in the work of the sixth-century Buddhist philosopher Dignaga.

The fact that ‘words have no direct, sensual relationship with the things they refer to, and every word is essentially related to other words’ was later developed in his 2013 book Ghalib: Maani -Aafrini, Jadliyaati Waza, Shunyaata Aur Sheriyaat [Ghalib: Meaning, Mind, Dialectical Thought and Poetics]; we might well call it his magnum opus. That “few theories of human reality expounded in literary texts transcend history, identity politics, and cultural and political boundaries” is the drift of this book.

Goodbye Narang sahib! You have lived a full, intellectually active and creative life. You left behind over 70 books. You are now silent, but your words continue to speak for generations to come.

The writer is a critic, short story writer and professor of Urdu at Punjab University in Lahore. His latest review book is Ye Qissa Kya Hai Maani Ka.

Looking to 2021 and beyond — GetReligion