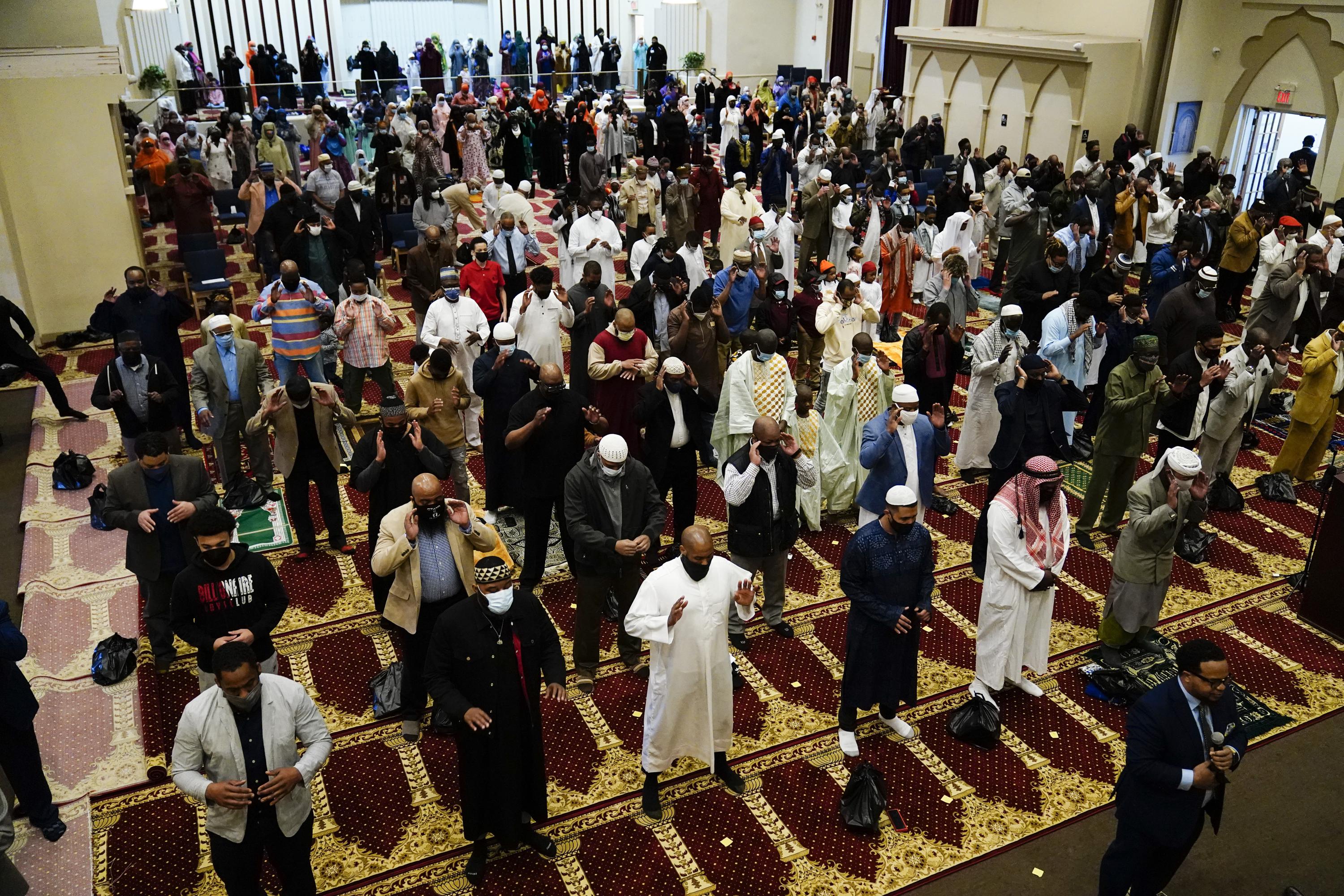 It’s a convergence that rarely happens. Coinciding with the Passover of Judaismeaster of christianity and the Islamic holy month of RamadanBuddhists, Baha’is, Sikhs, Jains and Hindus also celebrate their holy days in April.

The springtime collision of religious holidays inspires a series of interfaith events. In Chicago, there’s the Interfaith Trolley Tour coming April 24, in which a trolley will make stops at places of worship of different faiths. In cities across the country, Muslims invite people to interfaith iftars so they can break their daily Ramadan fast in community with their non-Muslim neighbors.

In addition to Passover, Easter and Ramadan, April’s holy days this year include Vaisakhi of Sikhs and Hindus, Mahavir Jayanti of Jains, Baha’i festival of Ridvan and Theravada Buddhist New Year.

In all religions, the celebration of overlapping holy days and religious holidays is seen as an opportunity to share meals and rituals. For some, it is also a chance to learn how to cooperate across faith traditions on critical issues, including how to help curb climate change, fight religious intolerance and help people fleeing Afghanistan, Ukraine and other countries during the global refugee crisis.

“The rare convergence of such a wide range of holy days is an opportunity for all of us to share what we hold sacred with our neighbors from other traditions to build understanding and bridge gaps,” said Eboo Patel , Founder and President. of Interfaith America, formerly known as Interfaith Youth Core. “It’s interfaith America in the microcosm.”

In South Chicago, the upcoming trolley tour is meant to educate attendees about this year’s April Break, which is converging in the same month for the first time since 1991, said Kim Schultz, creative initiatives coordinator. at the Interfaith Institute of the Chicago Theological Seminary.

The cart will stop at several sacred spaces, including a Baptist church, mosque and synagogue, and conclude with a sunset iftar hosted by recently resettled Afghan refugees.

“We’re asking people to take advantage of this confluence, the convergence…more than half the world celebrates or commemorates the critical moment in our faith traditions,” said Hind Makki, director of membership and communications at the American Islamic College.

The event is sponsored by the American Islamic College, the Chicago Theological Seminary, the Center of Christian-Muslim Engagement for Peace and Justice at the Lutheran School of Theology, the Hyde Park & ​​Kenwood Interfaith Council, and the Parliament of Religions of world. After more than two years of COVID-19 restrictions that have upended many holidays, subscribers can’t wait to see each other again in person.

Organizers of the Chicago event said they had planned a cart that could carry 25 people, but there was so much interest from all faiths that they had to organize a larger cart for 40 people instead . And then, when others continued to join, a second cart.

“It’s a good time,” Makki said. “So why not take the opportunity to learn more about each other’s traditions, to get to know each other through those traditions.”

As part of the month’s celebrations, the Ahmadiyya Muslim Community of the United States opened its mosques to host dozens of interfaith iftars in cities across the country, centered on the theme of “justice through compassion.”

“During our rallies in 35 cities, we have underscored that the world we see now is on the brink of a world war,” said Amjad Mahmood Khan, national director of public affairs for Ahmadiyya. “And only the prayers and collective actions of the faithful can truly save humanity from self-destruction.”

Religious leaders from the Christian, Jewish, Sikh and Hindu faiths recently came together for a virtual panel celebrating the convergence of their sacred observances. Among the issues discussed were shared concerns about the rise of white Christian nationalism and legislation in Arizona and Florida whom they criticized for marginalizing LGBTQ youth.

“We see this convergence as highly symbolic, perhaps even divinely ordained, as our people must reaffirm our shared values ​​of love, freedom and justice in order to disrupt attempts by white Christian nationalists to decide which ideas, identities and practices are valued and respected,” said Reverend Jennifer Butler, founder and executive director of the Washington-based multifaith group Faith in Public Life.

“This sacred season provides an opportunity for solidarity, prophetic witness as we mourn the rise of intolerance and discriminatory laws that threaten our nation’s quest to be a multiracial, multireligious democracy,” she said. declared.

It will also be an important time for members of different faiths to find common ground in the run-up to the midterm elections in the United States, said Nina Fernando, executive director of the Shoulder to Shoulder Campaign, a coalition national multi-faith organization committed to countering and preventing anti-Muslims. discrimination.

“With the times we live in where we are essentially polarized and divided across racial, religious and political lines, we can take this opportunity to talk about how to live well together amid our diversity and talk about these overlapping holidays. “, Fernando mentioned.

The convergence of the holidays also offers a chance to dispel misconceptions about religious traditions and appreciate shared values, said the Reverend Stephen Avino, executive director of the Parliament of the World’s Religions.

“Holidays are the enactment of core values, and we can actually see the beauty of that tradition before our eyes through the holidays and through the rituals,” Avino said. “You can compare that to your own traditions, and you can see the similarities and the differences and that’s the beauty of that. And you begin to see that faith as worthy of reverence, while maintaining your own faith.