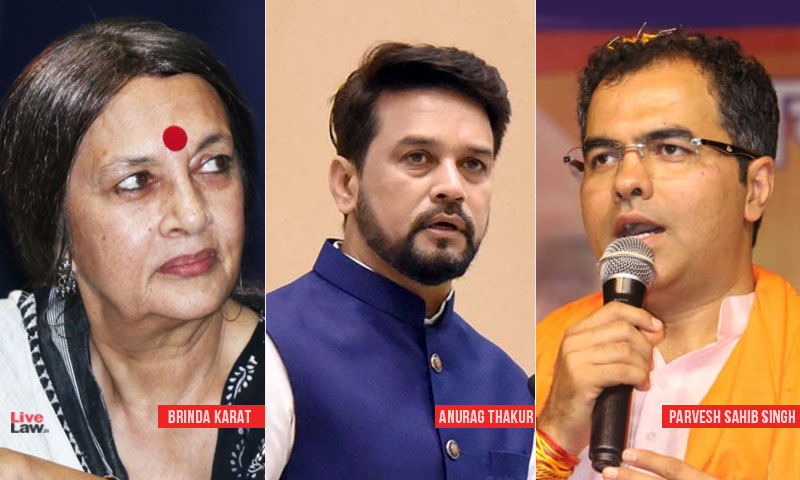 The Delhi High Court has observed that hate speech especially by elected officials, political and religious leaders based on religion, caste, region or ethnicity militates against the concept of brotherhood, destroys the constitutional ethos and violates Articles 14, 15, 19, 21 read along with Article 38 of the Constitution of India.

Judge Chandra Dhari Singh also observed that this constitutes a flagrant violation of fundamental duties prescribed by the Constitution and therefore warrants strict peremptory action by central and state governments.

The judgment began by referring to a shloka in the Bhagwat Gita which states that whatever action a leader performs, ordinary men follow in his footsteps; and whatever standards he sets by his actions, they are pursued by his subjects.

“People who are mass leaders and hold high office must conduct themselves with the utmost integrity and responsibility. Elected leaders in a democracy like that of India owe their responsibility not only to the electorate in their own constituency , but also to the society/nation as a whole and ultimately to the Constitution. They are the role models for the ordinary masses. Thus, it is not for the rulers to engage in acts or speeches that provoke divisions between communities, create tension and disrupt the social fabric in society,” observed the Court.

The submissions came as the Court dismissed the motion for penal order filed by CPM leader Brinda Karat and politician KM Tiwari against a trial court order dismissing their plea for registration of FIRs against CPM leaders. BJP Anurag Thakur and Parvesh Verma for allegedly delivering hate speech within the year. 2020.

The Court held that hate speech incites violence and feelings of resentment against members of specific communities, thereby causing fear and a sense of insecurity in the minds of members of those communities.

He added that such speech marginalizes individuals because of their membership in a group by using expressions that expose the group to hatred.

“Hate speech almost invariably targets a community to give it a psychological impact on its psyche, thereby creating fear. Hate speech is the starting point for attacks on the targeted community which can range from discrimination to ostracism, ghettoization, deportation, and even genocide,” added the Court.

Citing the example of the exodus of Kashmiri Pandits from the Kashmir Valley, the Court said:

“The methodology is not limited to any particular religion or community. There have been and continue to be instances of hate speech in different parts of the country targeting people from specific communities, depending on demographic composition. There have even been instances of demographic shifts as a result of such hateful/inflammatory speech, the exodus of Kashmiri Pandits from the Kashmir Valley being a prime example.”

“Hate speech not only causes defamation, but also incites to commit crimes against a particular religious sect of this nation,“It said.

The Court thus observed that the criminal law provides sufficient remedies to curb the threat of hate speech while adding that the executive as well as civil society must play their role in the application of the already existing legal regime.

“Effective regulation of ‘hate speech’ at all levels is necessary and all law enforcement agencies must ensure that the existing law does not remain a dead letter. Enforcement of the above provisions is required as in accordance with the proposition “salus reipublicae suprema lex” (the security of the state is the supreme law)”, he observed.

The Court was of the opinion that there is no reason to leave the police the discretion or the choice to register or not to register an FIR when information is provided on the commission of an offense likely to to be recognized.

“Section 156(3) states unambiguously that any magistrate empowered under section 190 may order an investigation into any recognizable offence. However, the magistrate cannot act as a mere ‘post office’ forwarding such a complaint for inquiry, which means that the direction by the Magistrate for inquiry under section 156(3) should not be issued routinely or adopted mechanically, without the application of a judicial spirit, ” added the Court.

The Court further added that in the event that the magistrate, after recording evidence, finds a prima facie case, instead of issuing proceedings to the accused, he is empowered to order the police concerned to investigate the violation under Chapter XII of the Code and submit a report.

The Court further held that a writ to compel the police to conduct an investigation or file an FIR may be refused for not having exhausted the alternative and effective remedy available under the provisions of the Code, unless the exceptions enumerated in the Hon’ble Supreme Court‘s decision in the above judgment are met.

“In light of the foregoing, it is well settled law that the power to issue writs has its own well-defined limits imposed by the High Courts, one of which is the availability of an effective alternative remedy. Considering the law established by case law, the procedure provided for by the Code of Criminal Procedure and the fact that an alternative and effective remedy is available to the applicant who has not yet been exhausted, the Court is also of the opinion that the Court of High Court should not normally, as a matter of routine, exercise its extraordinary judicial jurisdiction under Article 226 of the Constitution if an effective and efficient alternative remedy is available“, said the Court.

The Court concluded that appropriate government sanction is required for an investigation under s. 196 of the CrPC. He also added that there is an alternative and effective remedy available under the Code which must be used before invoking the jurisdiction in writing of the High Court.

She added that in this case, the ACMM properly ruled on the application before it.

“The provisions of section 156(3) to direct the investigation as offenses mentioned in section 196 of the Code cannot be exercised by the Court without sanction. There is no prima facie irregularity which appears of the reading of the contested order. Fourthly, the petitioners have not satisfied the Court and that no case has been established justifying the intervention of this Court at this stage,“said the Court.

Consequently, the plea was dismissed.

The plea refers to various speeches given by the two politicians including the speech dated January 27, 2020 delivered by Anurag Thakur at a rally shouting the slogan “desh ke gaddaron ko, goli maaron saalon ko”.

Reference was also made to another speech delivered by Parvesh Verma dated January 27-28, 2020, while campaigning for the Bhartiya Janata Party, and later in an interview with ANI.

The plea alleges that the speech threatened to use force to evict protesters demonstrating at Shaheen Bagh as a result of the Citizenship Act (CAA) and to promote hatred and enmity against Muslims by portraying them as invaders who would enter homes and rape and kill people.

On January 29, the Election Commission issued a show cause notice to Union Minister Anurag Thakur for his slogan “desh ke gaddaron ko”. The Commission had observed in its opinion that, prima facie, the remarks had the “potential to disturb community harmony” and that the BJP MP had violated the Model Code of Conduct and the Elections Act.

The Chief Electoral Officer of Delhi has also sent a report to the EC regarding the provocative statement by West Delhi BJP MP Parvesh Verma on Shaheen Bagh.

It is therefore the case of the applicants that the stage of knowledge does not arise at a time when the instructions under article 156(3) CrPC are given, and as such, no sanction was required in under one or the other of the article. 195 or 196 of the CrPC for the recording of an FIR.