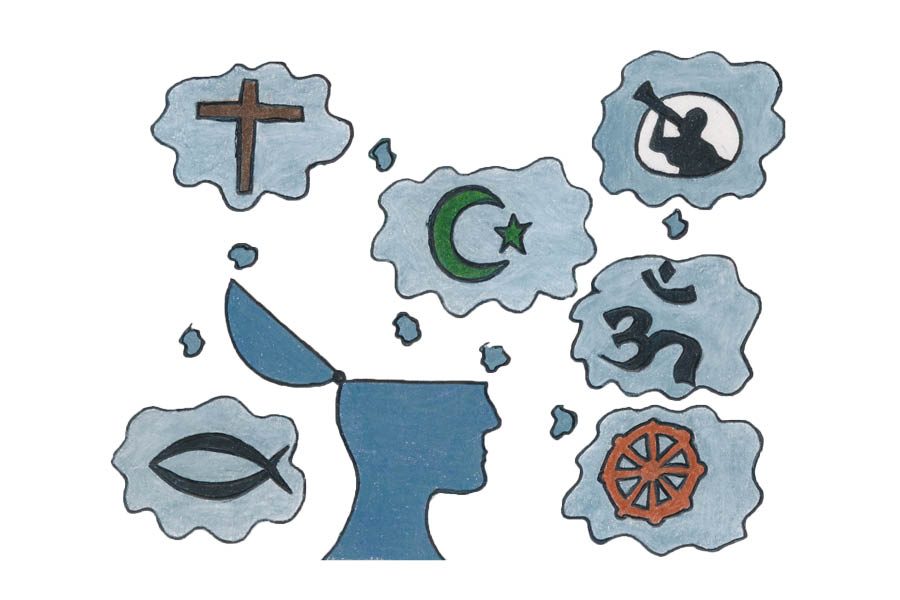 Since the dawn of time, religion has played a big role in dictating historical and current events. Religion often shapes our view of the world, influences our choices, and determines key points in our lives, making it an educational subject to study in high school.

While some believe that teaching about all of the world’s religions persecutes Christians, program standards require teachers to be objective and historical, like any other subject. Learning about world religions helps students understand their peers, keeping them informed rather than spreading hatred.

In the United States today, the lack of religious diversity can sometimes pave the way for the emergence of intolerance. Derogatory slurs or hate speech can be emotionally damaging and do not promote the inclusive environment we strive to create. Learning about different religions here at school educates majority religious students about important elements of current world history and issues in a positive, well-controlled setting that encourages discussion and rejects hatred. In turn, this can help reduce discrimination later in life, by providing a bridge between people of different faiths instead of a wall.

Likewise, the benefits for students of religious minorities are also evident. It is a well-known fact that representation is important, and teaching world religion allows these students to see their culture and history represented equally among their peers. For some, this is their first time studying religion with their peers, and this recognition encourages participation and helps minority students feel like they are part of history.

However, not everyone sees the value in learning about all religions. In 2013, a magnetic school in Osawatomie, Kansas was criticized by parents who opposed an educational visual presentation of the Five Pillars of Islam. State Representative Dennis Hedke said he was “appalled” by the display because it did not represent violent aspects of Islam.

In response to Hedke and other opponents of inclusive religious education, there are aspects of violence in every religion, but these individual actions do not represent an entire group of people. Including a balanced religious curriculum will help students see past current violent events and hopefully prevent intolerance from developing in the first place.

With religion being such an important aspect of world events, the need for healthy religious discussion in school is more important than ever. Education fosters tolerance, and the world always needs a few more tolerant people to really make a difference.