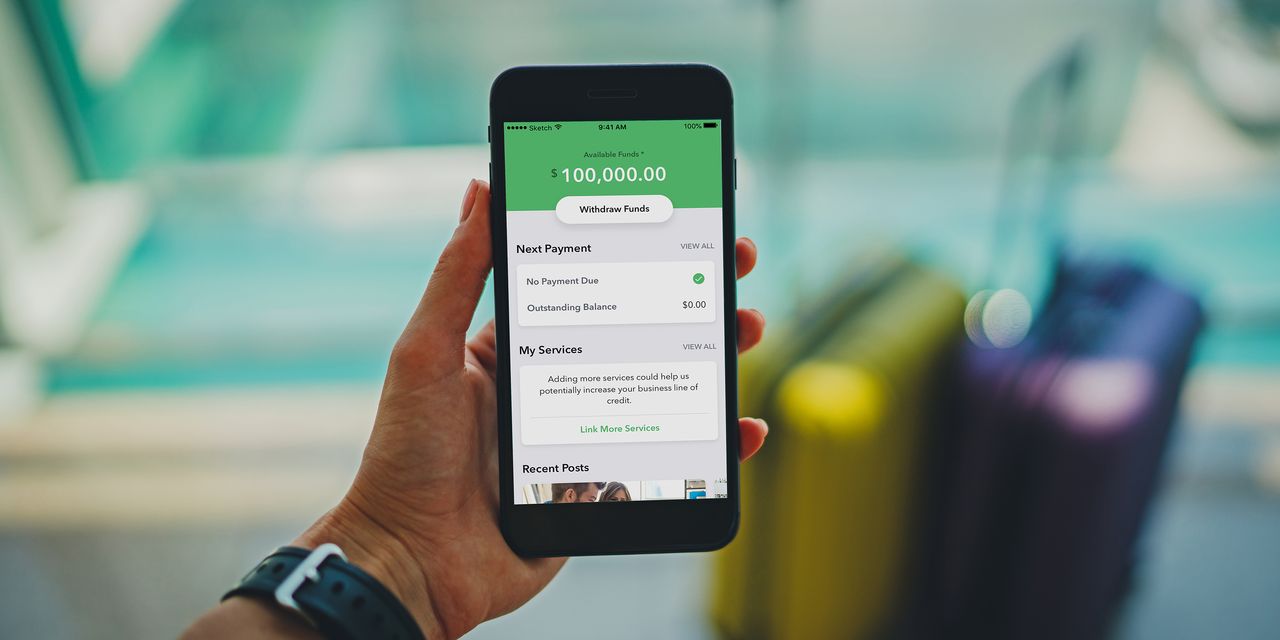 Large banks may make the vast majority of loans under the Small Business Administration Paycheck Protection Program, but fintechs are proving they are worthy partners and reaching more small businesses.

Kabbage, an Atlanta-based fintech, recently positioned itself as the SBA lender for the PPP program, which aims to lend to small businesses struggling in the Covid-19 recession. It works with 135 community banks and as of July 1 has processed 209,000 PPP loans worth more than $5.8 billion. according to the company. Kabbage directly funded more than half, or 55%, of the loans

Kabbage, which bills itself as the country’s third-largest PPP lender by application volume, said 93% of its PPP applicants had 10 or fewer employees, while 62% had one employee and 58% were self-employed. Almost 97% of the loans went to new customers, Kabbage said.

“This is a bright moment for the fintech industry,” said Rob Frohwein, co-founder and CEO of Kabbage Barrons. “If anything, this will now lead to people realizing that there may be real risk for big banks [from fintechs]. That could be the reality of the future.”

The PPP is scheduled to end on August 8th. As of July 10, it had more than $132 billion in funds remaining, the SBA said.

(JPM), the average loan size in the PPP was almost four times larger at $107,284. Banks are also heavily regulated and typically lack the technology to onboard customers quickly and in large numbers.

More than three months ago, Kabbage stopped lending their own money as it evolved into a PPP lender. The fintech furloughed a significant number of its roughly 600 employees in March and halted lending to its small business clients. It continues to serve its existing customers and provide payment acceptance and cash flow insights, a spokesman said.

Kabbage isn’t the only fintech to halt lending during the Covid-19 recession.


OnDeck Capital (ONDK) paused in April lending, but continued to service its existing customers with term loans and lines of credit, according to Patrick Cuff, a spokesman. It participated in the PPP and formed partnerships with Celtic Bank, Customers Bancorp and others to provide credit. The fintech resumed lending on June 8, Cuff said.

OnDeck makes short-term loans to 115,000 small businesses. It said it would require a prudent approach to lending as part of a strategy to gradually re-expand its business.

Banks provided most of the credit during the PPP. Nearly 5,500 lenders funded over 4.9 million loans worth approximately $517.4 billion in both rounds of the program (as of July 10). said the SBA. A large portion of the volume, 36%, came from large banks or institutions with assets in excess of $50 billion. These 34 lenders provided 1.64 million loans worth $188.3 billion.

JPMorgan Chase was the largest PPP lender with 269,334 loans worth approximately $29 billion as of July 10.

Small lenders with assets under $10 billion provided 44% of the loans. More than 5,300 lenders approved about 2.5 million loans worth nearly $229 billion as of July 10, the SBA said.

“Banks have originated the bulk of PPP lending, but I wouldn’t underestimate the role that fintechs have played in a short period of time,” said Scott Pearson, a partner at Los Angeles law firm Manatt, Phelps & Phillips. Many fintechs were only admitted at the end of the first round of the PPP in mid-April. If they had been approved earlier, the SBA “would have made a lot more smaller loans earlier,” he said.

Nineteen fintechs and other state-regulated lenders were responsible for 162,388 PPP loans worth nearly $4.5 billion, the SBA said. That’s less than 1% of the total $517.4 billion in PPP loans approved through July 10.

Nevertheless, the Group plays an important role as a partner to banks in servicing small business loans. Consider: Customers Bank, which launched an online portal to process PPP applications in April. The initial loans received were quite large, averaging between $150,000 and $200,000, said Sam Sidhu, the bank’s vice chairman and chief operating officer.

The lender wanted to serve as many small businesses as possible during the PPP. It has the balance sheet and access to the federal PPP lending facility, which allows it to fund any incoming application, Sidhu said. But it is unable to service “thousands upon thousands of loans,” he said.

Fintechs do. The tech-savvy startups have spent millions to create consumer-friendly portals that can attract and serve lots of loans. They can also provide the human and digital customer support that the PPP needs, Sidhu said. For example, Kabbage estimates that over time it has poured $1 billion into its technology to achieve impressive results. Over 75% of PPP requests were processed without human intervention or manual review. Most Kabbage customers only had to wait four hours for a PPP loan approval. This compares to some PPP applicants who had to wait days for approval.

Customers Bank has approached all SBA-approved fintechs and eventually partnered with half of them to provide PPP loans, Sidhu said. These relationships have helped it gain significant momentum. The Phoenixville, Pennsylvania-based bank self-processed 1,200 loans during the first round of the PPP, a spokesman said. With the fintechs, Customers Bank has issued over 95,000 loans, more than 78 times what it has done alone, while the average size has fallen to under $60,000, Sidhu said.

Sidhu credits the fintechs with helping Customers Bank “provide more scale” during the PPP. It also shows that fintechs have evolved from simply providing credit to a successful role as intermediaries between borrowers and banks. With fintechs, banks can process significantly more loan applications and at the same time reduce the time to financing. However, Sidhu made one thing clear: “We fund the loans. [The fintechs] not,” he said.

Banks won’t get rich from the PPP, but the fees from the program provide a cushion. The Customers Bank, which splits PPP fees 50:50 with fintechs, has raked in $85 million in PPP fees through early June, Sidhu said. This means that the fintechs earn at least as much. Customers Bank had $12 billion in assets at the end of the second quarter. The PPP helped the bank grow 40%, or $5 billion, Sidhu said. He anticipates that much of the $5 billion will eventually come from Customers Bank’s balance sheet.

The PPP also helps the Customers Bank attract new customers. Some lenders in the PPP required consumers to open an account in order to receive a loan. Customer bank not, said Sidhu. “Many of these customers were so grateful for the experience and said they wanted to switch to Customers Bank,” he said.