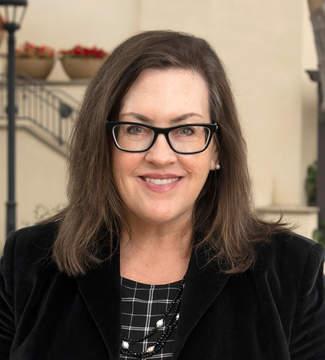 Pepperdine’s Kindy De Long is the first woman to hold a tenured position in a Church of Christ college religion department. Through mentorship and following where God called her, De Long said she landed a position at Pepperdine where she could help others grow intellectually and spiritually.

De Long (’87) is a Blanche E. Seaver Professor of Religion and Associate Dean of Seaver College, as well as an elder and member of the Church of Christ. Religion has always played a big role in De Long’s life, she says, but Pepperdine helped her strengthen her faith in a way that made her want to do the same for others.

“I didn’t intend to be the first,” De Long said. “I just followed what I loved. I followed what I understood to be the call of God in my life. I just pursued that interest and that passion and tried to answer that call. – without really understanding at the start that I was charting a new path.

De Long said he heard of Pepperdine growing up in the Churches of Christ. Raised in San Diego, De Long said she knew she wanted to stay in California for college, and Pepperdine felt like the right person for her.

During her undergraduate years at Seaver, De Long said she felt she had grown tremendously both in her faith and academically. The skills she took away from Pepperdine have followed her throughout her endeavors in life, De Long said.

After graduating from Seaver, De Long said she felt spiritually inspired and went to Kenya as a ministry trainee, where she began to consider a career in ministry.

“I was mentored by someone at the time who really recommended that I do graduate school in theology or religion,” DeLong said.

Upon her return to the United States, De Long said she worked as a corporate administrative assistant and accounting consultant before deciding to pursue a master’s degree in Divinity at Pepperdine.

After working as an associate director of corporate and foundation relations and as an adjunct and visiting professor in Pepperdine’s religion division, De Long said she realized she wanted to teach the scriptures for a career. Her family uprooted and moved to Indiana from Southern California so she could attend Notre Dame, where she received her doctorate in Christianity and Judaism in Antiquity in 2007, De Long said.

“I finished my degree in 2007, and by then a position had opened up at Pepperdine in the New Testament,” De Long said. “In fact, the person who was retiring was the person who taught me in my ‘Jesus the Christ’ course when I was a freshman – that’s when I fell in love with the studies that I ended up doing so there was an interesting time to come full circle there.

De Long said God brought her back to Pepperdine and she was thrilled to guide and teach the students the way her mentors taught her as a Seaver student.

“I really appreciate the people at Pepperdine and the community here and how it’s shaped me,” De Long said. “I was so grateful to have the opportunity to give back to a community that has played a very important role in my own intellectual and spiritual development, as well as in my overall development as a human being.”

Now, De Long said she sees how students continue to help her grow her faith even as a religion teacher and administrator. De Long said she appreciates how young minds help her evolve various ideals she has stood for throughout her life.

“I especially enjoy being around young people, because the students have changed about every six years – it’s a whole new generation of students,” De Long said. “It seems like they always bring new issues to the table. I love that it keeps my faith alive in the sense of always having to think of new ideas, and even if the idea isn’t new, to look at it in a new way.

De Long is alumnus Nicole Son’s (’22) faculty mentor in research and a personal role model, Son said. Son, who graduated with a minor in religion, met De Long as a junior in a Zoom class called “Women in the Early Church” and immediately admired De Long’s way of teaching.

After learning that De Long was one of the first women to earn her master’s degree in divinity at Pepperdine, Son said she was also inspired to continue down this path.

“In one of the comments on my post, she wrote about the promise I had as a Bible scholar, and I think that was something I had never really heard before and so is really stuck with me,” Son said.

Son said De Long’s comment changed his life and Son now aimed to teach religion, just like De Long. Son said she was grateful that God put De Long in her life and led her to fulfill her calling.

“It was really awesome to have him as a mentor in my life,” Son said.