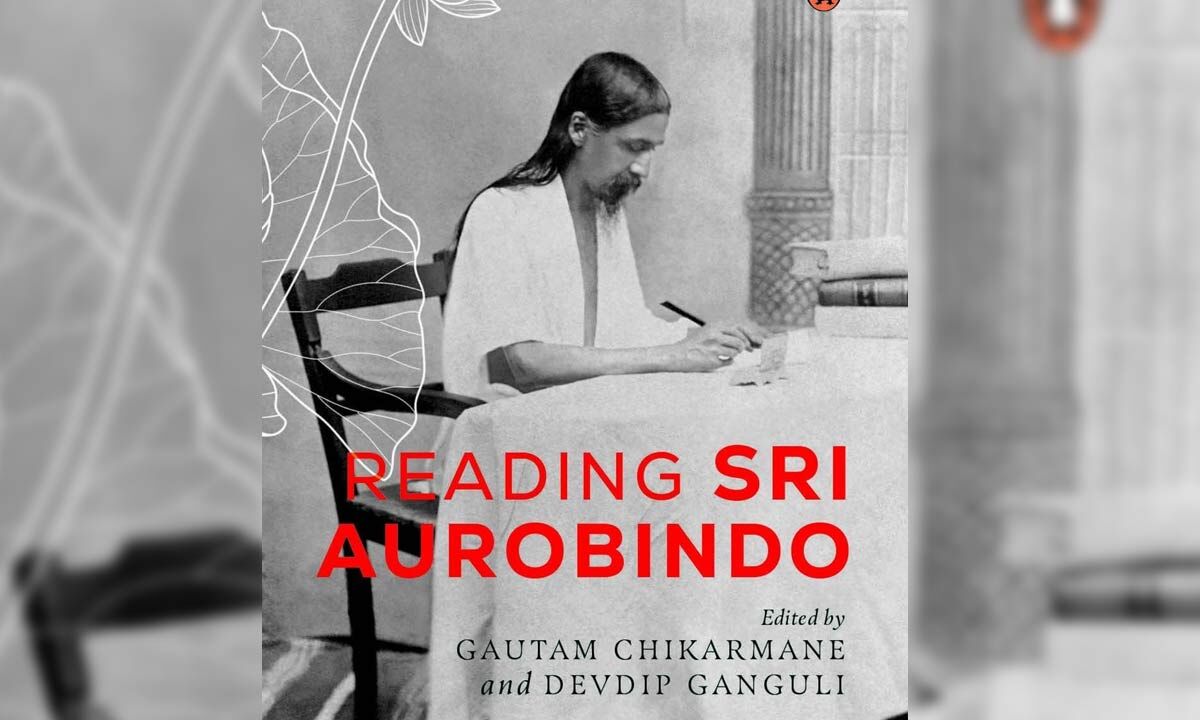 Matriprasad completed his studies at the Sri Aurobindo International Center for Education in 1975 and then joined Sri Aurobindo Ashram in Pondicherry. Currently, he assists the Ashram administrators in their administrative responsibilities. He also teaches the social and political philosophy of Sri Aurobindo at the undergraduate level. He has a keen interest in English, French, Sanskrit and Urdu poetry, classical arts and Hindustani classical music.

There comes a time when a person reaches a fork in the path of life; from then on, their lives move on an identifiably divergent arc. Usually, the milestone indicating such a junction is significant on a very personal level – an event that can be either deeply inspiring or overwhelming. For Sri Aurobindo, one of these defining events was the period from May 1908 to May 1909.

In 1906–07, SriAurobindo was recognized as one of the most influential and outstanding leaders of the radical faction of political movements of the time. He spoke, wrote and inspired great masses of people by convincingly expounding the creed of complete Indian independence. Many of the ideas taken for granted today were considered somewhat impractical at the turn of the 20th century. Colonialism was an established fact, and the envisioned emancipation of subject nations was considered the chimera of a few lunatics. It was at this time that Sri Aurobindo forcefully argued that for India, swaraj (total freedom) was the only ideal worth pursuing and, furthermore, that every nation had an inherent right to self-determination and to shape one’s own destiny.

Naturally, the Raj chose to retaliate. In May 1908, Sri Aurobindo was arrested and charged with sedition for daring to wage war against the King-Emperor. For about a year, he endured incarceration as a prisoner on trial. Living conditions in a colonial prison were extremely dehumanizing and often left prisoners scarred and psychologically broken. However, for Sri Aurobindo, the period triggered an ascent to a higher level of self-realization.

The prison doors that sealed him off from the world, mysteriously or rather miraculously, opened his eyes to a higher level of freedom. While the outside world was full of anxiety and feelings about the outcome of his trial, he himself was totally indifferent to the unfolding of events in the courtroom, for he was living, according to his own account, splendid spiritual experiences during those days in prison. . From then on, the idea of ​​achieving political freedom for India, although still implicit in his vision, was complemented by a broader vision. Henceforth, he advocated that the philosopher’s stone of India would be the emergence of spiritual awareness among his countrymen, and his touch would not only bring political freedom to the country, but also elevate national life to a new level of spirituality. ‘personal development.

Therefore, after Sri Aurobindo’s acquittal, he launched two journals: Karmayogin (June 1909-February 1910) in English and Dharma (1909-1910) in Bengali (see Chapter 7). What was Sri Aurobindo trying to accomplish by launching Karmayogin? He wanted to awaken his compatriots to the need for a greater ideal than mere political freedom:

The task we set ourselves is not mechanical but moral and spiritual. We are not aiming at changing a form of government but at building a nation. Of this task, politics is a part, but only a part.

This volume contains the articles published in Karmayogin. The choice of title (meaning, divine worker) indicates the shift in emphasis towards the pursuit of a more conscious and explicit practice of reaching a higher spiritual ideal on a national level. The cover page of every issue of Karmayogin bore an image of Shri Krishna as Arjuna’s charioteer, when the hero went into battle. Below the image would be a shloka from the Bhagavad Gita – Shri Krishna urging Arjuna to remain grounded in a spiritual state, calm and free from desires, and yet, while remaining so, immerse himself in valiant action and relentless of battle, offering everything, including his actions and the result of his actions, to the Divinity within himself.

It should also be noted that at the bottom of the front cover, the newspaper proclaimed the contributors as “Aurobindo Ghosh and others”. Although the journal contained articles by other people, much of the material published in it was by Sri Aurobindo.

To underscore the power and necessity of the emergence of this greater idea, Sri Aurobindo turned to his own epiphany. The very first article in this volume is the text of a speech he gave in Uttarpara, a suburb of Calcutta (now Kolkata). The event took place just after his release, following his acquittal, and it was in fact his first public appearance after his release from prison. It was also the first and last event where Sri Aurobindo spoke in public about his own personal spiritual experiences. He recalled the circumstances of his arrest and the “realization in prison, of God in us all, of the Lord in the nation”. He remembered how the secret Divinity that dwells in the hearts of men had revealed itself to him and assured him of the protection extended to him. He said: ‘I knew I would come out. The year of detention was only meant for a year of isolation and training.

He was invited to speak in Uttarpara by the Society for the Protection of Religion. Indeed, he said the pursuit of such a goal was the work ahead. But what was this religion to which the Indians must dedicate themselves? He said, “What we call the Hindu religion is really the eternal religion, because it is the universal religion which embraces all others. If a religion is not universal, it cannot be eternal.

He did talk about nationalism, but now there is a clear shift in focus: previously, he could have said that nationalism should be pursued as a religion; now it was self-devotion to Sanatana Dharma (the universal religion) which constituted in itself the only true nationalism, its very heart.

Later, he urged Indians not to abandon old programs like Swadeshi and to boycott:

The only message we can give you, in such circumstances, is the message to hold on. If you can’t move forward, see that you haven’t backed down. Stand firm in the Swadeshi, stand firm in your denial of partition recognition, stand firm in the national movement that uplifts India.