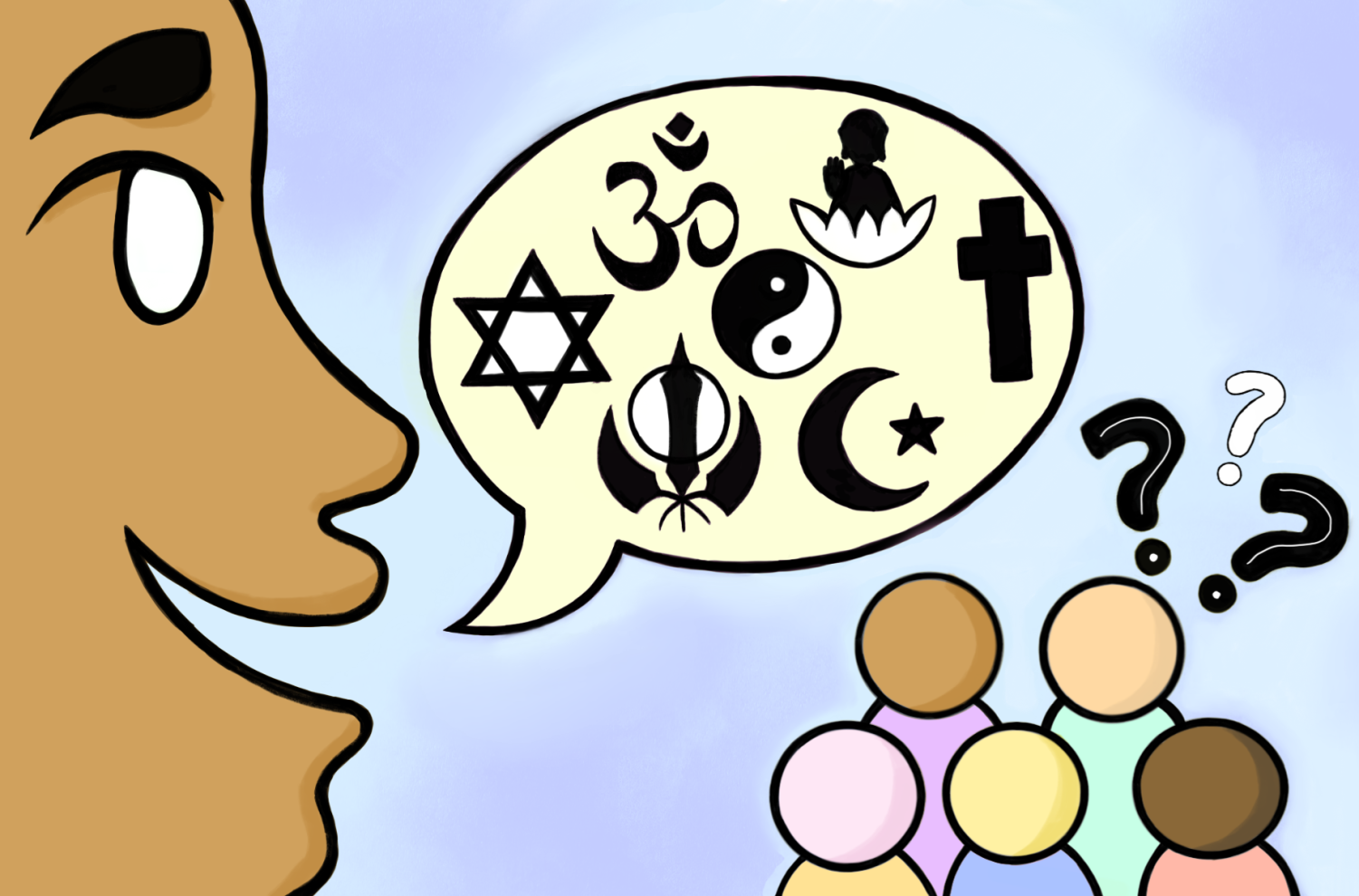 For students like Yagoub, this feeling of absence could change. Beginning in January, a state law took effect requiring history classes in public schools and publicly funded schools to teach students about the contributions of Americans of different faiths, including Muslim Americans, Jews, Christians, Hindus, Sikhs and Buddhists.

Evanston Public School teachers, students and administrators spoke to the Daily about their experiences with the current religious agenda and the effects the law might have.

General concerns about the program

But Aaron Becker, who teaches history and social sciences at ETHS, said religions other than Christianity were not a big part of the curriculum.

“It’s definitely not something that’s stressed out,” Becker said. “Individual teachers have to do it.”

Becker said he is working to include lessons centered on multiple religions. Before the pandemic, he encouraged students to conduct a cultural exchange where they visited each other’s homes and places of spirituality throughout the year.

“The only religion that I feel like it’s really talked about is Christianity,” she said. “(Islam) is taught in such a negative way.”

When the ETHS history curriculum discusses religious historical figures, Becker said he doesn’t always discuss their religion in class unless it’s an important part of their history.

But Kaltimi said she saw the failure to talk about the religions of historical figures — especially figures like Muhammad Ali, who were heavily influenced by their faith — as indicative of a fear of discussing religion at the time. public school.

“They talk about Malcolm X all the time, but they don’t mention he’s Muslim,” Kaltimi said.

Kayla Drajpuch, second-year student at ETHS, who is Jewish, said she thinks programs sometimes overlook important parts of Jewish history. She said school lessons sometimes neglect to talk about the religious background of people like Albert Einstein, whose Jewish faith had a profound impact on his career.

For Becker, however, the law’s focus on contributions is problematic.

“I don’t like the language of this one. I don’t think we should just study people based on their contributions,” Becker said. “Even if a band doesn’t have a senator or artist, that’s not what should give them their validity or their equality.”

The potential impacts of the law

In District 65, administrators reorganized the social studies curriculum over several years with student input. Jamila Dillard, the district’s director of social sciences, said she wanted to stimulate curiosity about the story.

Although the overhaul was planned independently of the new law, Dillard said it presents an opportunity to incorporate a number of new state education mandates that encourage teaching about diverse groups of people. The new curriculum will require students to research the contributions of historical figures as well as their religions, she said.

At ETHS, however, Becker isn’t sure the law will inspire much change.

Kamasi Hill, a history professor at ETHS and holder of a doctorate in religion and historical studies, said he already teaches religion.

Hill said some teachers who don’t teach much about religion might be reluctant to discuss religion for fear of proselytizing. But he said every teacher should talk about it to some degree.

— District 65 faces lawsuit from teacher based on anti-racism agenda

Is Putin’s War on Ukraine Really About Religion?