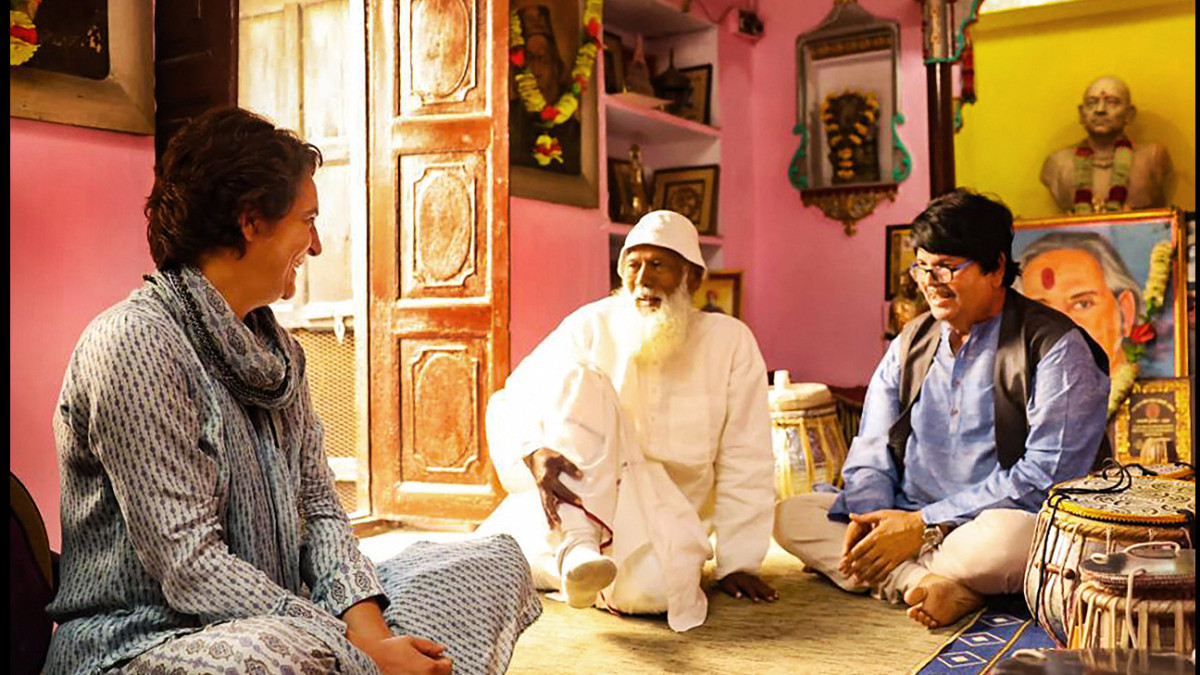 Congress Secretary General Priyanka Gandhi Vadra on Thursday accused rival parties of trying to divide society on the basis of caste and religion and said that because of this the real problems of people like l inflation and unemployment are ignored.

Targeting the ruling BJP, she said it was the government’s duty to alleviate the problems of the public, but in Uttar Pradesh the problem of stray cattle was created by government policies.

Addressing a public meeting in Sonbhadra, Vadra said: “Elections are a time (for the public) to determine which party should come to power to serve the people in the next five years. However, parties like BJP, BSP and Samajwadi Party try to divide society along caste and religion. Because of this, people’s real problems like inflation, lack of jobs, and lack of amenities are overlooked.

“The greatest strength of a democracy is the vote, which can make or destroy your future. Voters need to be aware and vote for people who are ready to work for you around the clock,” she said.

The Congress leader said her party granted forest rights to tribals but they are now being bulldozed off their lands. She also mentioned the Umbha massacre in July 2019 in which 11 tribals were killed and accused the administration and the police of inaction.

Vadra blamed the policies of the Uttar Pradesh government led by Chief Minister Yogi Adityanath for the problem of stray cattle in the state.

“It is the duty of those in power to alleviate the problems of the people, but in UP the problem of stray livestock has been caused by the policies of the government. Our government in Chhattisgarh has managed to solve this problem,” said the leader of Congress.

Vadra said the BJP government has not provided people with jobs for the past five years and is only promising to do so now when the elections are held.

The BJP says it gives people a free ration and deposits money into their accounts, she said.

“You have to understand the mindset that they (the BJP) will never give you jobs. The government has done nothing to promote agriculture and small industries which generate a lot of jobs. on the other hand, they haven’t even given government jobs for the past five years and are now promising you jobs,” she added.

“We will solve the problem of stray cattle and provide compensation of Rs 3,000 per acre in case your crop is destroyed by stray cattle. We will buy sugar cane for Rs 400 per quintal. To generate employment for women , we will ensure 25% reservation in the recruitment of women in the police,” she said.

“Eight lakh jobs will be provided for women,” she said.

Vadra said Congress will ensure that any officer who fails to register an FIR in a case related to a crime against women is suspended, free travel for women on government buses, and provides free cell phones and scooters to girls.

The Congress will also provide loans of Rs 5 lakh to those who wish to set up their own business, she said.

Addressing a rally in Chandauli, Vadra said: “Issues like inflation, lack of development and mismanagement do not discriminate on the basis of caste and religion. Yet the BJP, the BSP and the SP only talk about caste and community to divide people for the vote bank.”

“Politicians understand that by keeping young people unemployed they can be led astray and driven to promote violent political ideology,” she said.

“But the BJP leaders don’t understand the importance of development because they haven’t done anything for the independence of this country,” she said.

“BJP leaders have become so emboldened that their sons are trampling farmers under their vehicles,” she added, referring to allegations against Union Minister Ajay Kumar Mishra’s son, Ashish Mishra, in the statement. Lakhimpur Kheri case.

Vadra alleged that the BJP-led government is neglecting the common man and farmers of the country and making laws to benefit Prime Minister Narendra Modi’s industrial friends.

She also warned voters against the mistake of giving the BJP a majority in Uttar Pradesh.

Voting will take place in Sonbhadra and Chandauli in the seventh and final phase of the Uttar Pradesh Assembly polls on March 7.