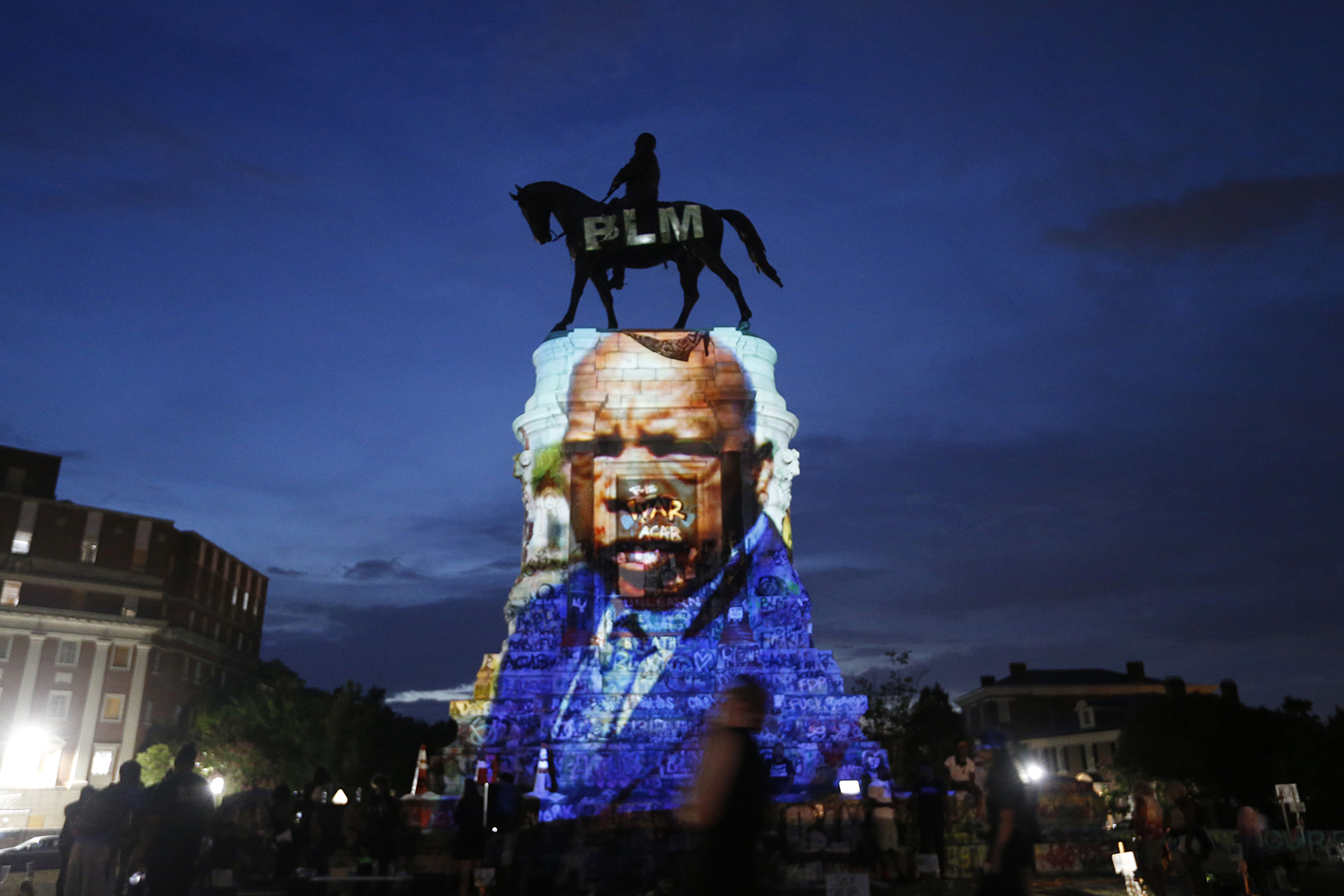 (RNS) — “The past is never dead. It didn’t even pass,” William Faulkner once joked.

The Mississippi writer was right — at least when it came to the Civil War, anyway. A war that divided America as it unfolded continues to do so in her memory.

When it comes to commemorating the legacy of the Civil War, Americans are almost evenly divided on whether to preserve Confederate symbols, memorials and statues, according to a new survey from the Public Religion Research Institute.

The divisions are split along party, race and religion lines: Republicans and white evangelicals overwhelmingly support the preservation of memorials to Confederate history, while black Americans, non-Christians, Jews and Americans unaffiliated see these monuments as a symbol of racism.

“One of the things the report tells us is that we still haven’t resolved one of the fundamental conflicts that has haunted us throughout American history,” said Robert P. Jones, president and founder of PRRI. “It’s the question of whether the country is a promised land for European Christians that has white supremacy built into that idea, or whether we’re a pluralist democracy where everyone is on an equal footing before the Constitution. .”

The Southern Poverty Law Center database shows that there are more than 2,000 Confederate symbols in the United States and Puerto Rico, disproportionately in 11 Southern states.

But the divisions of the country over the legacy of the Confederacy are more important than geography. They exist in all parts of the country and can be best predicted by party affiliation, race and religion.

Religion is also a predictor of attitudes toward Confederation. The majority of Protestants, Catholics and Latter-day Saints support such efforts to preserve Confederate monuments and memorials, with white evangelicals outperforming all others at 76%.

Support drops to 35% among non-Christian Americans, American Jews (33%) and Americans with no religious affiliation (33%).

The survey was conducted with a sample of 5,439 adults in all 50 states. It has a margin of error of plus or minus 1.7 percentage points.

The survey revealed some commonalities. Almost all Americans (90%) supported efforts to “tell the truth about the history of slavery, violence and discrimination against racial minorities” as well as efforts to “promote racial healing by creating more inclusive public spaces”.

Liberal Democrats and Independent Liberals were 20 times more likely to support removing the Confederate monument than conservative Republicans. Americans with no religious affiliation and non-Christian Americans were twice as likely as white evangelicals to support the pullout.

Americans were also split over renaming public schools and mascots. But the majority of Americans favored the idea of ​​local governments providing mortgage assistance to people whose descendants were denied home loans because of their race. A majority also supports scholarships for descendants of slaves forced to build these campuses. (White Christians were least likely to favor these efforts.)

E Pluribus Unum, an organization founded by former New Orleans Mayor Mitch Landrieu, works in 13 states, including among religious congregations, to spark a conversation about systemic racism and economic inequality.

“We use a phrase, ‘relentless incrementalism,'” said Scott Hutcheson, chief executive of E Pluribus Unum. “Each data point shows us a path. It’s depressing but we have to believe it’s not hopeless.