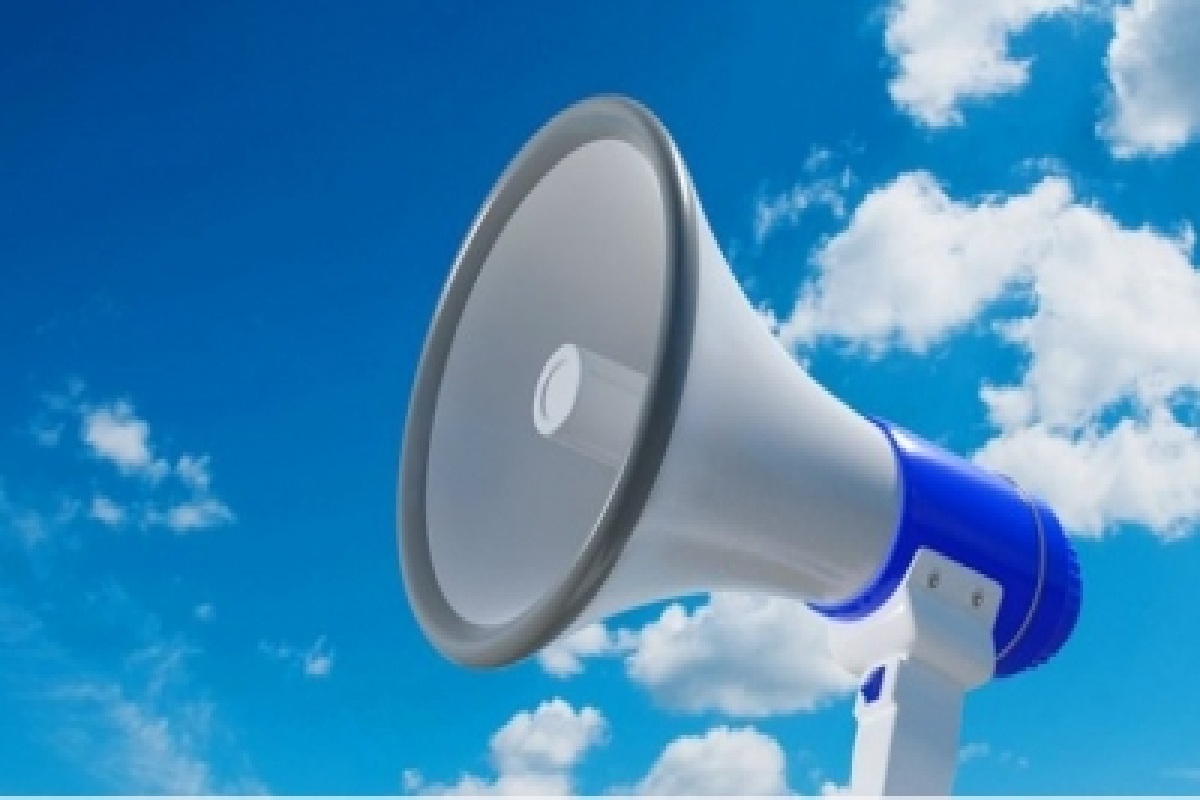 Cacophony of Religion – The Statesman

Let me start with a disclaimer, I am neither an Islamophobe nor a Hindutvawadi, nor do I sympathize with any toxic religious outfit like AIMPLB, Bajrang Dal, Sriram Sena or their ilk, which I strongly advocate disbanding and their exiled leaders in the world. one of the many uninhabited islands in the Andamans where they can practice their version of the region and fight to the death for it if they wish, leaving the rest of the country peaceful.

Being not only an atheist but anti-religion, I strongly believe that religion has no place in a 21st century civilized society and humanity would be much better off without it. I also think that all our places of worship ~ temples, mosques, churches and gurdwaras alike ~ should be converted into schools, dispensaries, museums, playgrounds and public places of which there is such a shortage in India ~ where children and adults of all communities can come together to learn something, play together, discuss together and feel happy, while the guardians of religions should equip themselves with other skills to seek another vocation. I know that most readers will strongly disagree with me and I respect their right to do so, but I also hope that some younger people whose worldview has not yet had time to be poisoned by religion will be able to secretly sympathize with my opinions.

The warning is necessary so that the fanatics of the religions which seem to be breeding like grasshoppers in our country now do not have the opportunity to misinterpret what I am about to say on a particular subject which has become a raging controversy.

This is the use of loudspeakers in religious places, with governments and right-wing groups calling for their ban. The most visible users of loudspeakers are of course the mosques which call their worshipers to prayer five times a day.

For unbelievers, the elderly, and the sick, the most irritating thing is morning Azaan when your sleep is interrupted at what many consider a supernatural hour of around 4 a.m.

A young man who often takes me to where I teach is Muslim and devout, although he shares my views on religion. I asked him one day if he had time to say the prayer five times; he told me that he only does morning namaz (fajr) regularly because living next to a mosque, the loudspeaker does not allow him to sleep. If he comes home early, he also does the evening namaz (isha).

As for the others, he said: “Sir, Kam dhandha karenge ya namaz parenge? He admitted that the call for the morning namaz often bothers him, especially when he has to come home late after a grueling day’s work and cannot get enough sleep for the next day.

It has now become fashionable to claim that every practice is an essential part of a religion, but this argument cannot apply to loudspeakers which were apparently invented long after any religion was born.

The driver told me that the purpose of Azaan is to remind devotees to prepare for prayer, adding that true devotees don’t actually need a reminder. He knows the Koran well, keeps his Roza and informed me that his friends who have to work in the fields or on construction sites during the hot month of April often cannot keep him, because they need fluids and of food for energy. He told me that Islam, like any other religion, allows such deviations on reasonable grounds. The mullahs might disagree. Over a decade ago, when I lived in a government district in central Kolkata, a puja pandal in the district was playing loud ~not really devotional~ music long after midnight. It was the night of Kali Puja (Diwali in North India).

Unable to sleep, I walked to the pandal and asked the organizers to stop using the loudspeaker, as they are not supposed to disturb public order by using loudspeakers between 10:00 p.m. and 6:00 a.m. . They booed me and chased me away saying that since Kali Puja is performed at night, no restrictions apply for that night and no one else was protesting.

Unable to reason with them, I called the police station without expecting any action. To my surprise, a sub-inspector arrived on the scene within minutes and forced the organizers to stop playing music. But no sooner had he left than they started playing again, forcing me to call him again ~ this time he came and confiscated the speakers. At least the law had worked then.

Now, when I wake up every morning before 4 am, I’m afraid to call the police ~ lest I unknowingly precipitate a community outbreak by provoking people from different communities. I’m no Raj Thackeray ~ in the toxic times we live in, losing sleep on a daily basis seems like a better option. But the fact is, why should it be so?

This country is supposed to be governed by the rule of law according to the Constitution, and the courts intervene to clarify conflicting interpretations of the provisions of the law. In 2005, the Supreme Court banned the use of loudspeakers and music systems between 10:00 p.m. and 6:00 a.m. in high public places to prevent the serious adverse effects of noise pollution on people’s health. In 2016, the Bombay High Court ruled that the use of loudspeakers could not be construed as a fundamental right conferred by Section 25 of the Constitution dealing with freedom of religion which is a fundamental right.

In 2018, the Karnataka High Court reiterated the Supreme Court’s order banning the use of loudspeakers after 10 p.m. The court orders were based on the Noise Pollution (Regulation and Control) Rules 2000, governed by the Environmental Protection Act 1986.

The Karnataka High Court followed up on its order in 2021 by ordering the state government to act against illegal loudspeakers in religious venues and take action against their use in the state, in response to several PIL petitions. Data submitted by the city’s police to the High Court showed police had issued notices to 125 mosques, 83 temples, 22 churches, 59 commercial establishments including pubs and bars and 12 industries for use loudspeakers beyond the allowed limits.
In 2019, the High Court of Punjab and Haryana banned the use of loudspeakers in public places, stating: “The states of Punjab, Haryana and the Union Territory, Chandigarh are obliged to guarantee that no loudspeaker or public address system will be used by anyone, including religious in temples, mosques and gurdwaras without written authorization from the authority even during the day, this too, by committing to that the noise level does not exceed 10 decibels of peripheral noise level”. 10 decibels is indeed a low sound level, almost like the sound of rustling leaves, while the usual limit allowed is 60 decibels, which is equivalent to the sound of normal human conversation.

In 2020, the High Court of Allahabad ruled that the azan ~calling the faithful to prayer~ could only be recited by a muezzin from the minarets of mosques in a human voice, without the use of an amplifier or loudspeaker. -speaker. The Court observed: “We are of the view that the Azaan may be an essential and integral part of Islam, but its recitation through loudspeakers or other sound amplifying devices cannot be considered as an integral part of religion justifying the protection of the fundamental right enshrined under Article 25, which is even otherwise subject to public order, good morals or health and the other provisions of Title III of the Constitution.

Despite the proliferation of these stops, the use of loudspeakers continues unabated. Recently on a visit to Kolkata, I faced the threat of local mosque loudspeakers playing at high decibels, not only for morning Azaan, but also on a Friday night, illuminating the entire quarter on the virtues of Islam for more than an hour, distracting a student who was preparing for her exam to the point that she had to close her books while the diatribe continued. I was told that the complaints made had no effect because the police had no knowledge of them.

It may outrage the government of West Bengal to take inspiration from UP on anything, but it may be instructive to see what they have done to eliminate the threat of loudspeakers. After the UP government order ordered all police stations to remove illegally installed loudspeakers from religious establishments, the establishments themselves responded positively. More than 29,000 mosques and temples have reduced the volume of their loudspeakers within the authorized limits, and more than 6,000 illegally installed loudspeakers have been voluntarily removed.

The Shri Krishna Janmabhoomi temple complex in Mathura turned off its loudspeakers used to broadcast the morning mangal arati, along with many other mosques and temples across UP. Can we expect the government, judiciary and police of West Bengal to please act to make the state a little more livable and enjoyable place?

Iftar in the house of Jesus