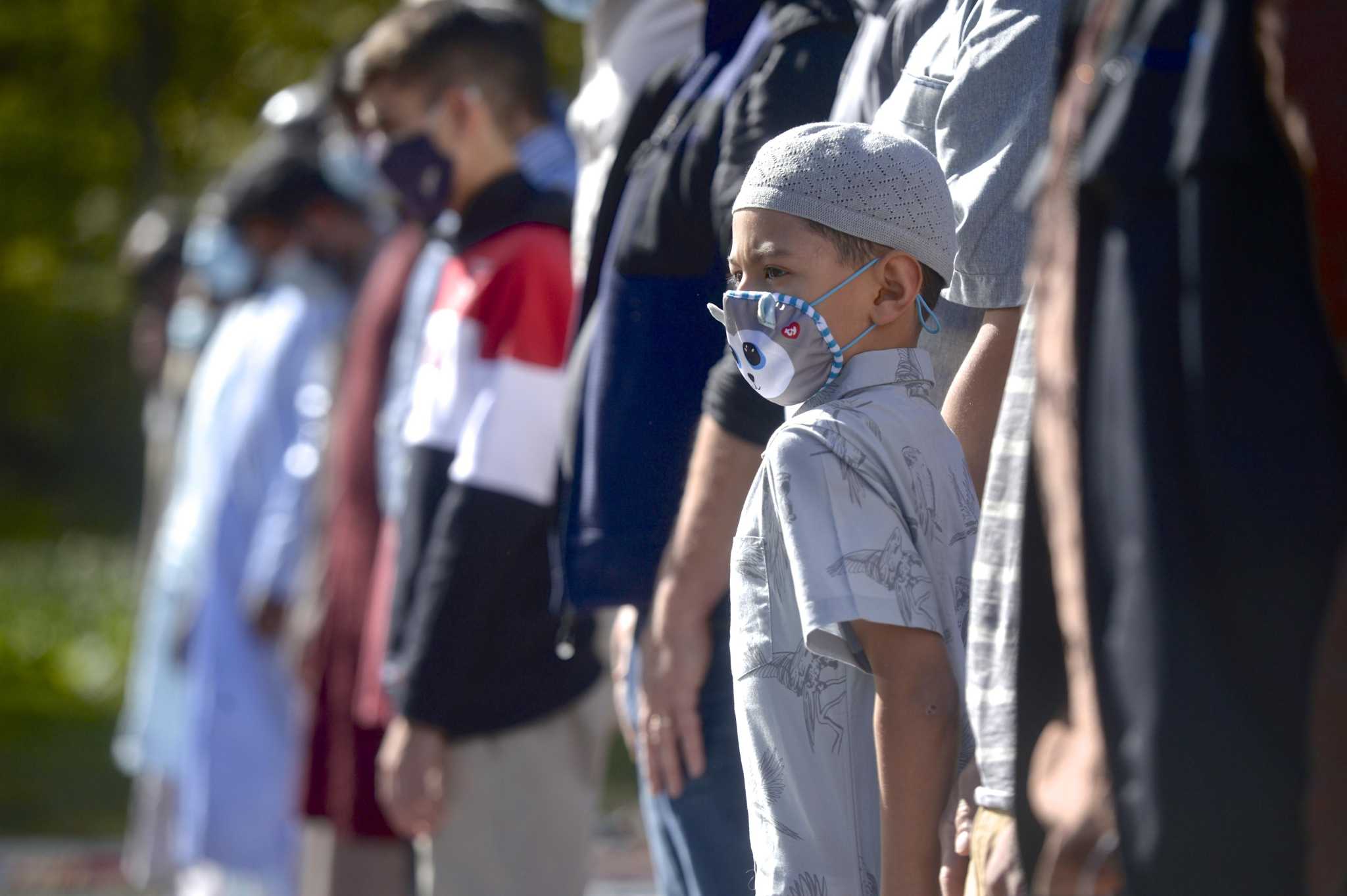 BRIDGEPORT — A California-based nonprofit that promotes civic engagement has awarded its first student award to a group of middle school students who successfully convinced the school district to recognize a Muslim holiday.

The class was one of two groups of students from the Northeast to receive a “senior” designation at the center’s annual National Citizen Research Program showcase, which highlights public policy projects led by students in schools across the country.

“I’m very proud of our staff and our students,” said board member Joseph Sokolovic, who helped advocate for the change after students presented the proposal to the board in late March. “They didn’t take no for an answer.”

The school board voted in April to include Eid, an annual celebration that marks the end of the holy month of Ramadan, as a school holiday starting in the 2023-24 school year.

The decision came after students in teacher Erik Johnson’s social studies class argued that the district’s vacation policy discriminated against Muslim students who wanted the chance to take part in the celebration. annual religious.

To make their point, the students interviewed their classmates and compiled demographic data to show the impact the holiday would have on the city’s large and growing Muslim population. They also emphasized religious freedoms set forth in the state constitution and the United States Bill of Rights, according to the minutes of the meeting.

“It’s about equality between religions,” Anjumanara Chowdhury, one of Johnson’s students, said in April. “When I was younger, I loved Eid, but I hated the day after when I had to make up for all the work and missed classes, and I just felt left behind because of celebrating an important holiday. which is part of my religion.”

The school board’s Diversity, Equity and Inclusion in Education committee initially voted to reject the students’ request. But at a later meeting, where the students offered more information, the committee backtracked and voted to send the request to the full board. The board then approved the change by a vote of 8-0 with one abstention.

The Muslim holiday, which is traditionally celebrated with charitable acts, prayers and celebratory feasts, falls on a different day each year as it is tied to the lunar calendar. The holiday was celebrated on May 3 this year, but will take place on April 21 in 2023 and April 10 in 2024.

The student projects featured in the center’s showcase were created by classes that participated in the Project Citizen research program, a federally funded initiative that aims to teach students how to interact with and influence government policy.

Students who participated in the program, including those from Park City, worked together “to conduct research in their community to uncover issues that they think their governments are not handling at all or are not handling well,” according to the center’s website.

Other student-led projects that received national awards included the preservation of vulnerable forest cover in North Carolina, a campaign to support mental health services for adolescents in Nebraska, and a prison reform campaign in Illinois.