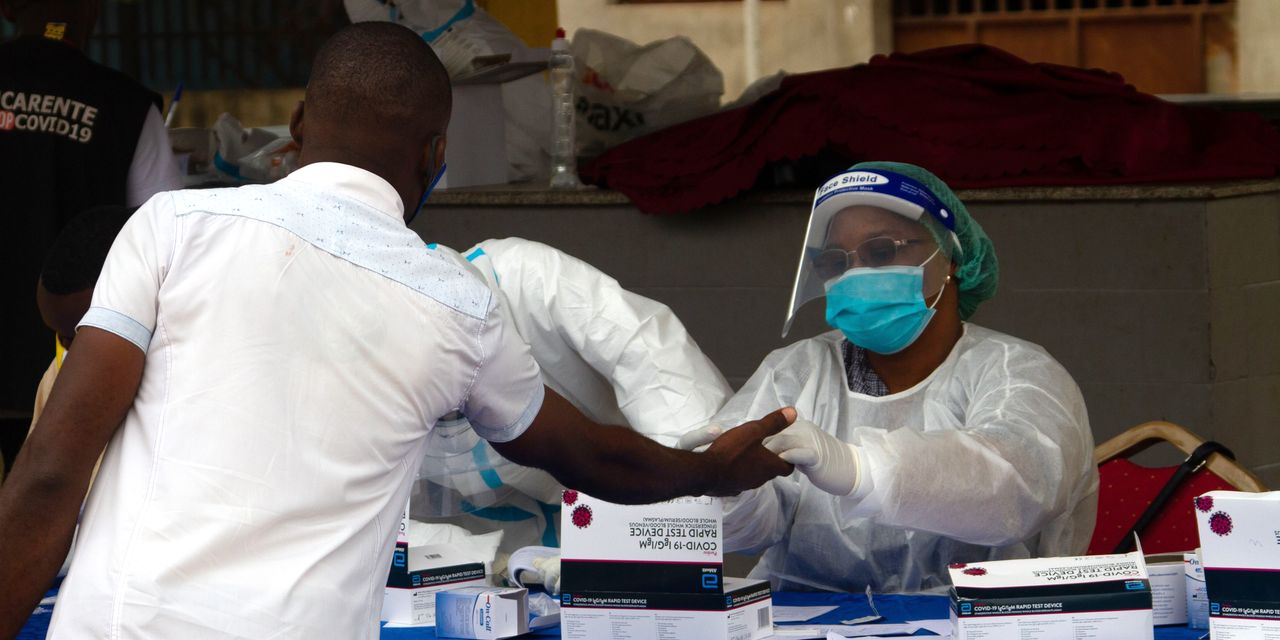 An Agenda for the Annual Meetings: Climate Change and Debt Relief


Finance ministers and officials from around the world will soon gather for a virtual annual meeting of the International Monetary Fund and the World Bank. Sometimes these gatherings lead to big international announcements. This time, two weeks before the momentous US elections, it would be naïve to expect new initiatives, an unfortunate outcome given the impact of the Covid-19 pandemic on the global economy. Nonetheless, the assembled officials should drive consensus on areas where, regardless of the US political outcome, collective action will be required to address the worst development and humanitarian crisis in modern history. Here are four specific proposals where greater consensus is essential.

Break through debt stalemates and manage bankruptcy. Despite all the excitement, the current G20 debt service suspension initiative, even if extended to mid-2021, is pushing some repayments into the future and only for a limited number of countries. That’s helpful, but it doesn’t solve the fundamental solvency problem faced by at least a dozen poor countries that have to write off some foreign debt. Delaying action for the inevitable only makes the problem worse. Countries like Angola and Zambia, which entered the crisis with significant debt vulnerabilities, are now making visible efforts to restructure their loans with large creditors, suggesting that a short-term suspension of payments will not be enough.

Restoring the solvency of countries with unsustainable debt requires the participation of all creditors – official and private, bilateral and multilateral – and an agreed framework. The lack of an agreed and enforceable framework has made implementation of the initiative contentious among official creditors and non-existent for private creditors. Six months after the start, the relief expected for this year has reduced to about 5 billion dollars. In addition, uncertainty about which countries need debt relief is acting as a constraint on new private lending to all low-income countries.

The upcoming meetings are the right time to instruct the IMF and World Bank, in cooperation with creditors and debtors, to come up with a proposal to restore the solvency of this group of low-income countries by the end of the year. This should include estimates of the funding required by creditors and shareholders of international financial institutions under different scenarios for further development. And they should consider additional measures such as B. legislative approaches, such as new national or international legal options that limit creditor recovery, immunize assets in court proceedings, or limit the timeline of court proceedings – or new tools, such as IFI-funded credit or cash enhancements, that these institutions could use to help contribute to solving this problem.

Dramatically increase public funding for low-income countries over the next five years. Recovering from Covid-19 will be a multi-year task, and it comes as these countries have already fallen behind on development goals. Most of the funding boost will have to come from the multilateral development banks and the IMF, as there is little scope for dramatic growth in bilateral aid or private financing. These institutions have responded quickly, but the extent of their support remains limited and in some cases there is a lack of transparency.

They can do a lot more, but only by changing their operating and financial models. The IMF could triple its concessional financing capacity to $100 billion by using Special Drawing Rights or by borrowing from rich countries and selling some of its gold reserves to ease conditions for lending to poor countries on that scale. The International Development Association, the concessionary arm of the World Bank, could double its commitments to $50 billion each over the next five years, funded by drawing down $50 billion to $75 billion in market credit and accelerating its next donor replenishment.

These resources were to be supplemented by the issuance of $1 trillion in Special Drawing Rights, which would provide at least $14 billion in reserves of additional liquidity to countries in need, and potentially more if some rich countries used their allocation don’t need, can be persuaded to lend them to the poor countries that do. Rich countries can also do far better to focus their bilateral aid on poor countries that need it, rather than allocating half of it to richer countries that could be helped with less concessional resources. Shareholders should encourage these institutions to present an operational strategy for dramatically expanding their concessional funding over the next five years.

Help emerging markets access private capital on better terms. Emerging markets will continue to rely primarily on international financial markets to supplement their own savings. International financial institutions play a small quantitative role in these countries, but they can be a catalyst for promoting better policies and investments. They can also help reduce the cost of accessing private markets for these countries through their risk reduction and credit enhancement programs.

With risk-free assets trading at zero interest rates while emerging market premia are at historically high levels, there is scope for multilateral development banks to play this constructive facilitation role on a far larger scale. There are legitimate concerns about the inappropriate use of official guarantees or other enhancements to attract private funding to poor countries, but they need to be addressed through better programming rather than becoming a barrier to innovation and creativity. Properly designed, these tools could also accelerate the deployment of strategies, investments and financial instruments geared towards a “green recovery” in emerging markets.

Make combating climate change a core focus of the business model of international financial institutions. Development bank engagement and funding will be key to tackling climate change in emerging economies. Already, Analysis of the World Bank shows that natural disasters cost middle- and low-income countries about 18 billion from energy and infrastructure damage alone. However, the potential for climate investments is large: IFC analysis shows an investment opportunity in emerging markets of US$29.4 trillion by 2030. For some of the larger developing countries, this means supporting policies and investment decisions that have a significant impact on global emissions; For many others, it will increase the priority of programs that help them prepare for and adapt to the impacts of climate change on their societies.

European development banks have already recognized this reality, both in setting ambitious targets for climate-related operations and in aligning their overall strategies with the Paris Agreement, but that message needs to get through to Washington. Both the IMF and World Bank can do more as part of the global machine to combat climate change, but they are being held back by divisions among their shareholders. The importance of tackling climate change should be a priority for officials representing engaged shareholders.

In a world beset by crisis, uncertainty and disappointment, one should not seek solace or reassurance from the upcoming IMF-World Bank meetings in Washington. However, world leaders can and should use the process to build a long-term consensus to help poor countries weather this crisis.

Masood Ahmed is President of the Center for Global Development and a former senior official of the International Monetary Fund and the World Bank.