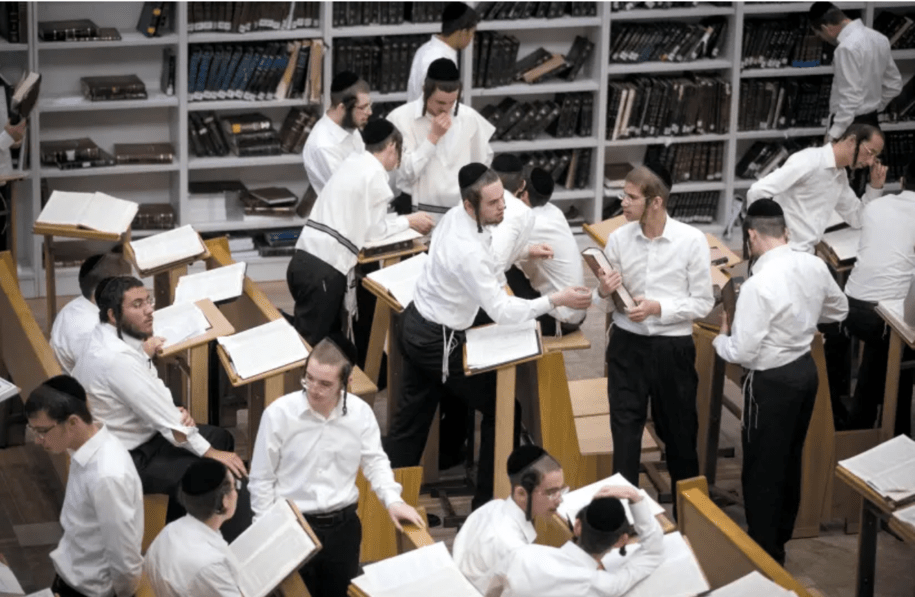 NB The following journal describes the theft of government funds by the leadership of the Central United Talmudic Academy (CUTA) in particular – and perhaps of the Hasidic Yeshivas in general. I offer no criticism of rank and file members of any faith. And the paper takes no position on the role of religion in people’s lives – that’s a private matter between worshipers and their God(s) – as long as they don’t insist that their rules apply to others.

Jewish account for more 9% of New York State’s population. New York City has a population of 1.1 million, more than those who live in Tel Aviv, the city with the second largest Jewish population. One in four people in Brooklyn is Jewish.

New York’s Jews run the gamut from strictly Orthodox, aka Haredi, to non-religious, with secular Jews making up 75% of the Jewish population. Within the Haredi, there is a subgroup, the Hasidim, which includes most Haredi in New York. They primarily live in the Borough Park, Williamsburg and Crown Heights neighborhoods of Brooklyn – with significant populations in Monsey, New Square and Kyrias Joel in the lower Hudson Valley.

Hasidim have high birth rates and are the fastest growing Jewish community in America. Women rarely work outside the home. Their primary function is to produce children. When Holocaust survivor Yitta Schwartz died last year at 93, she left behind nearly 2,000 descendants, including 15 children, more than 200 grandchildren and approximately 1,750 great-grandchildren.

While most Jews are mundane members of the larger community, the Hasidim remain an isolated culture limited in contact with the outside world. Their religious law requires a strict division between men and women. And their schools are generally single-sex. Boys attend Yeshivas – where education is almost entirely religious, with little instruction in English, math, science, social studies or non-Jewish history.

The Hasidic community has one of the highest official poverty rates in America. In Kyrias Joel’s Village. 70% of the population lives under the threshold of poverty. Fifty percent of households reported income below $15,000. However, the community’s finances are opaque, as many transactions are in cash.

The Hasidim vote en bloc for the candidates their Rebbe asks of them, so they are politically powerful. And have a deep understanding of how to extract money from the government. Over the past four years, 100 Hasidic boys’ schools in the region have received $1 billion in government funding. And what they do with it is anyone’s guess.

Among these schools, the Central United Talmudic Academy is the benchmark for financial embezzlement. As reported by the New York Times today,

The operators of the school, Central United Talmudical Academy, which serves more than 2,000 boys in Williamsburg, Brooklyn, have admitted illegally misappropriating money from government programs for school lunches, technology and childcare . They also admitted to creating no-show jobs for some employees while paying others cash and coupons so the employees could get welfare, according to a deferred suit agreement filed in US federal court. district of Brooklyn.

In total, the school agreed to pay $5 million in fines on top of the more than $3 million it had already paid in restitution as part of the deal to avoid prosecution.

Whatever the official figures, it is clear that the Hasidim are sitting on a mountain of money poured into them by cynical politicians, some of whom are Democrats. Although Hasidim have tended to support Republicans. Mainly because they prefer the GOP’s laissez-faire medical policies and support for religious liberty. Unsurprisingly, this has led Hasidim to have the highest COVID rate in the state. And their religious objection to vaccination (not a common position in the Jewish Diaspora) also led to a recurrence poliomyelitis.

It’s not just the schools in the city that have managed to garner it. The finances of the Kiryas Joel Village School District bear no relation to other districts in the state. Average expenses for schools in the United States average about $14,000 per student. In New York State, it’s about $25,000. And to Kiryas Joel, the amount spent per student is $330,923.

It’s the world upside down. Harvard charges $74,528 a year – and that includes room and board. I don’t understand how this insane amount of funding for a school district, which has one elementary school for every 121 students, didn’t set off alarm bells in a state auditor’s office or draw the attention of the law. .

But in America, as E. Ron Hubbard would have said, “If you want to get rich, you start a religion.” Defenders of religion counter the accusation that religion sucks money by pointing out that the average church has very little income. I have no reason to doubt them. And making a sweeping accusation of corruption against all of religion is as false as saying that all Italian Americans are members of the Mafia.

But organized crime exists. And there are religious organizations whose leadership does not respect the teachings of their faith.

And this sea of ​​money has done nothing to educate the Hasidim. On Monday, Breon Peace, the U.S. Attorney for the Eastern District of New York, said in a statement:

“The misconduct at CUTA was systemic and wide-ranging, including the theft of over $3 million allocated to school children in need of meals. Today’s resolution acknowledges ACTU’s involvement in these crimes and paves the way to repay and repair the harm done to the community, while allowing ACTU to continue to provide education to children. from the community.

Peace is illusory. What education? When in 2019, the CUTA agreed to administer standardized state tests in reading and math to more than 1,000 students – every one of them failed. And the program is not going to change overnight.