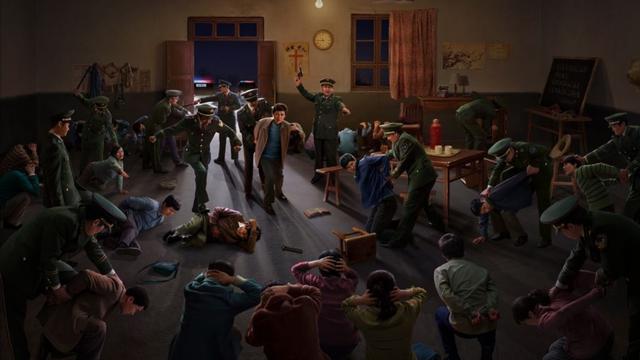 The Church of Almighty God is the most persecuted religious movement in China. Its members who are in South Korea should not be deported there.

We are religious scholars and NGO representatives concerned with freedom of religion or belief and the dignity of every human being. We believe that these are universal values ​​and that they are under threat. We wholeheartedly share your remarks during the NATO summit on June 29, 2022 that unfortunately, “a movement that denies the universal values ​​we protect” is manifesting itself more and more aggressively across the world.

We are particularly concerned about China’s growing repression of all religions. The US State Department’s 2022 Annual Report on Religious Freedom graphically described how in China in 2021 “the government tortured, physically abused, arrested, disappeared, detained, sentenced to prison, subjected to forced labor and forced indoctrination within the CCP”. [Chinese Communist Party] ideology, and harassed members of registered and unregistered religious groups for activities related to their religious beliefs and practices”.

The same report mentions that “in the context of the 100th anniversary of the founding of the CCP, the government has ordered increased arrests for members of all splinter groups, especially the CAG. [Church of Almighty God] members.” The US State Department report makes it very clear that being an active CAG member is enough in China to be “arrested, forced to sign statements renouncing one’s faith, and subjected to psychological and physical abuse,” including documented cases of torture and extrajudicial executions. In the subtitle of a book written by one of the signatories of this letter and published by the leading academic published by Oxford University Press in 2020 (Massimo Introvigne, ” Inside The Church of Almighty God”), the CAG is described as “the most persecuted religious movement in China.

The CAG is a great new Chinese Christian religious movement, which believes that Jesus Christ has returned to Earth in the form of a Chinese woman currently living overseas. Regardless of its theology, we believe that the CAG, like any other religion, has the right to freely profess its faith.

Obviously, in the face of the horrific stories of persecution and torture, we wondered what could be done to help CAG members. Some of us tried to appeal directly to the Chinese authorities, but no results were obtained.

There are now over 5,000 CAG refugees overseas. Fortunately, in countries such as the United States, Italy and Germany, a significant number of asylum applications have now been accepted. However, in some countries, CAG asylum applications are still rejected, due to pressure and fake news spread by Chinese agencies and their fellow travelers, and a local social climate hostile to refugees. We have seen compelling evidence that CAG members who are forced to return to China are immediately arrested and sentenced to long prison terms, or “disappear” into China’s deep concentration camp system, never to reappear.

We are aware of the social problems in South Korea which complicate the issue of refugees in general. On the other hand, to quote your June speech, “the protection of universal values” is what makes our democratic countries a beacon of hope for those who live under the boot of totalitarian regimes.

We reaffirm that, regardless of their past personal histories, we consider it indisputable that any CAG member currently living in South Korea who is returned to China will face severe persecution.

We understand that the new legislation and administrative procedures, prohibiting or making it more difficult to repeat asylum applications, may increase both the chances that some 1,000 refugees from the CAG in South Korea will be deported to China and the political problems corresponding insolubles.

If political concerns prevent the granting of asylum, other possible solutions can be explored. Italy, for example, granted dozens of CAG refugees, rather than asylum, what Italian law calls “subsidiary protection.” This is a temporary status that allows the asylum seeker to stay in Italy for five years (and for subsequent periods of 5 years, proving that the situation in the country of origin has not changed) . Saipan also grants temporary residence permits to asylum seekers in CAG, who are allowed to stay there for an indefinite period. These interim solutions avoid the political problems of both granting asylum and deporting CAG members to a country where they will be persecuted, thereby shaming the government that ordered their deportation.

We are sure that in the name of the universal values ​​of freedom of religion and protection of victims of human rights violations, a solution will be found for the Chinese asylum seekers from the CAG in South Korea as well, and we thank you in advance for what you can personally do in this regard.